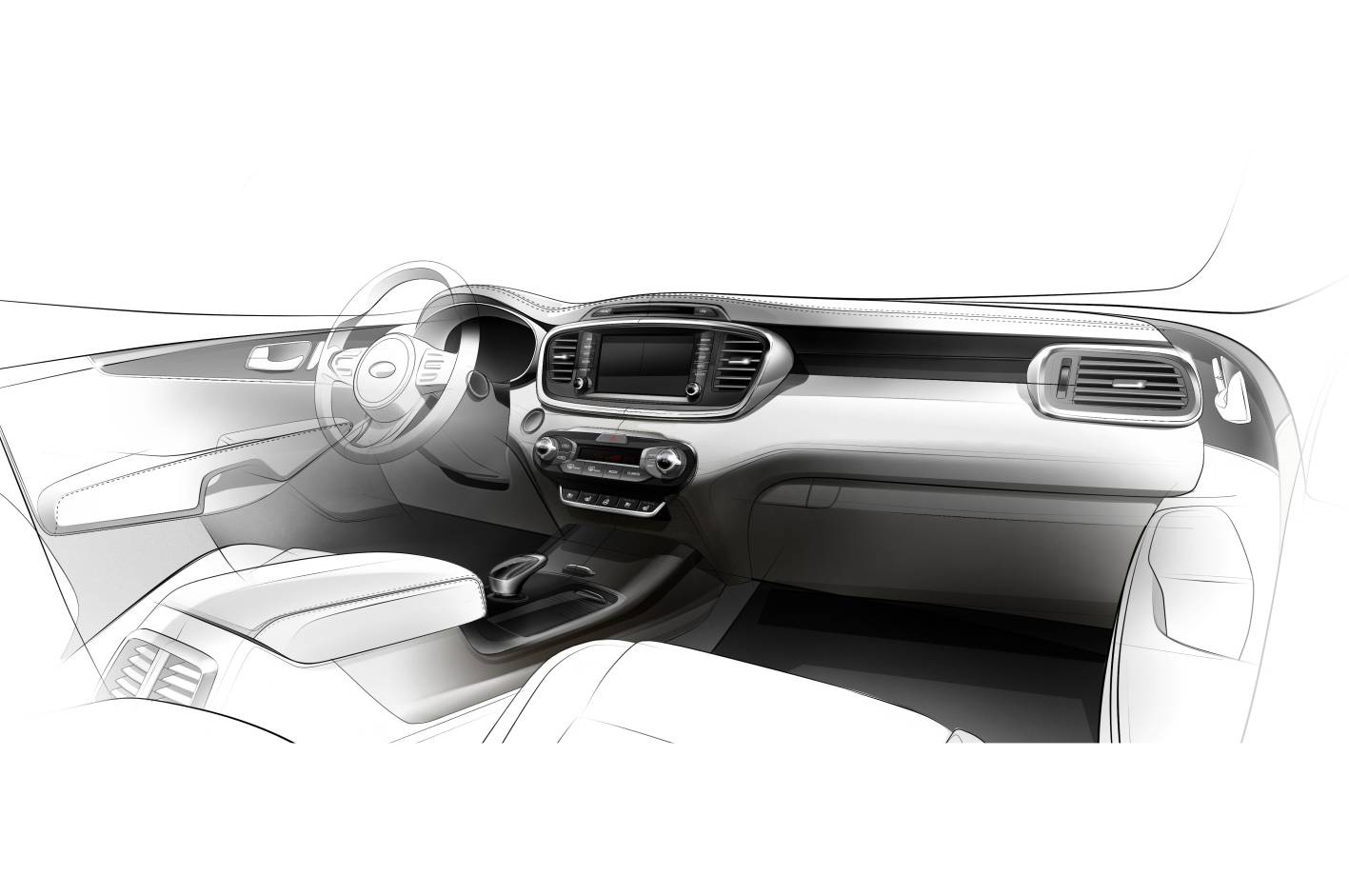 In the next teaser to be released of the 2015 Kia Sorento, we get our first glimpse of the all-new interior which showcases a modern new look. 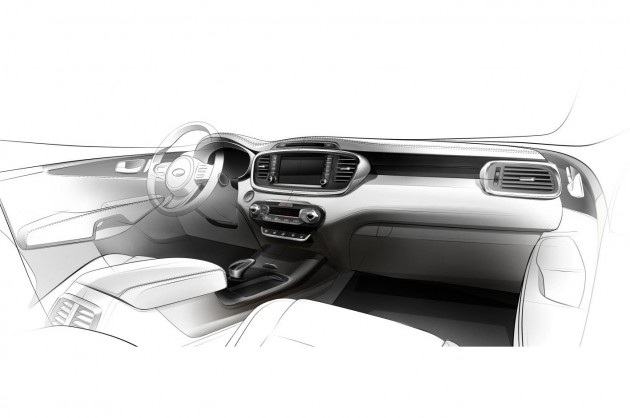 The dash wraps around the cabin in a luxurious theme, with high-quality soft-touch materials. A range advanced technologies will also be included, which the company says will “enhance the ownership experience”.

Part of the technology is, as you can see in the sketch, a large Human Machine Interface (HMI) screen that sits at the top of the dash. Below is a protruding section for the climate controls.

Unlike the exterior, which was previewed last week, the interior is being designed at the Kia design centre in Frankfurt, Germany. The teams says it used fine Swiss watches for inspiration in coming up with the design.

All details of the 2015 Kia Sorento will be announced later in August, before its international debut at the 2014 Paris Motor Show in October.