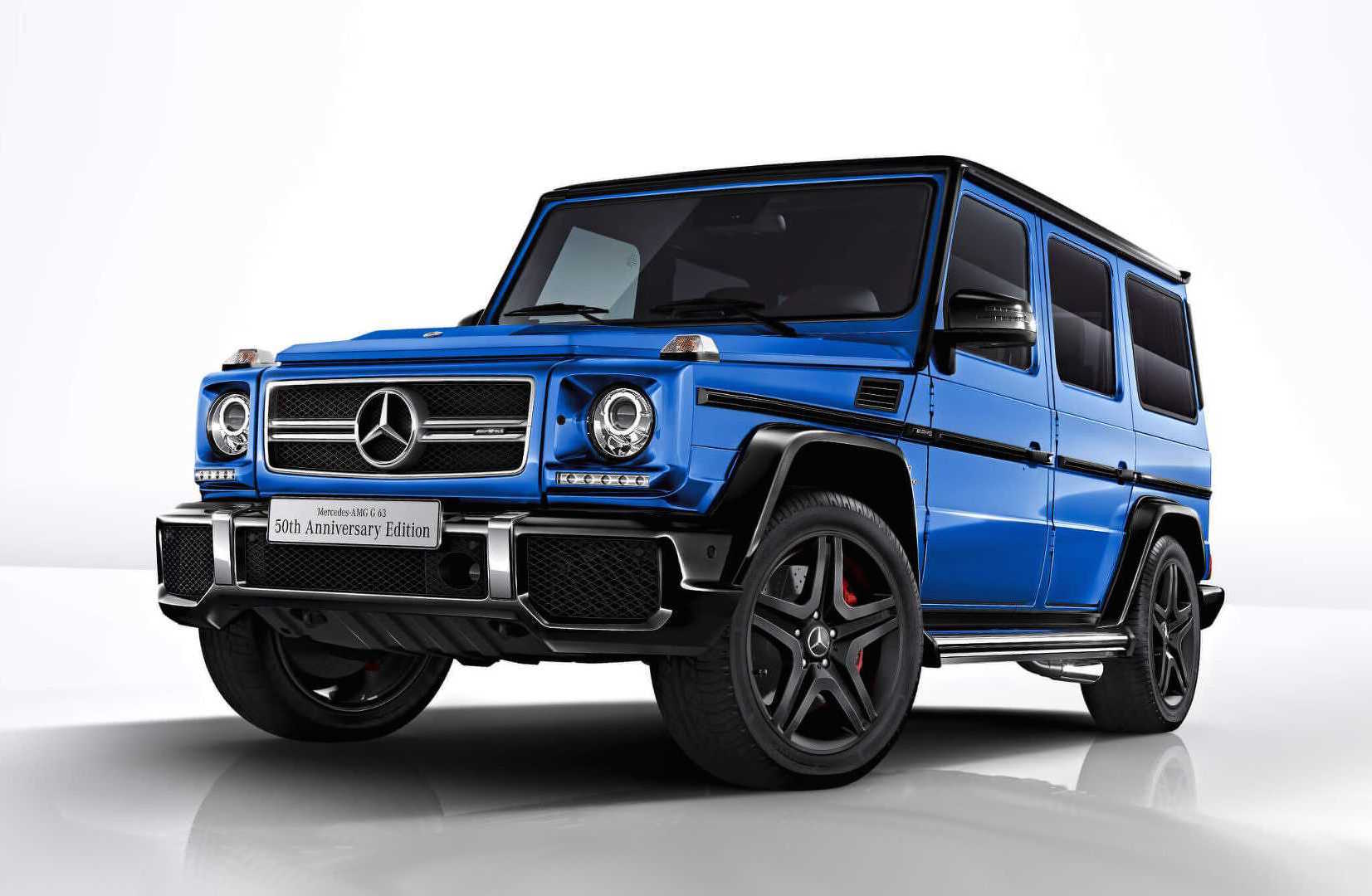 Mercedes-Benz has announced a new special edition in Japan for the G 63 AMG super SUV, celebrating the 50th anniversary of AMG. 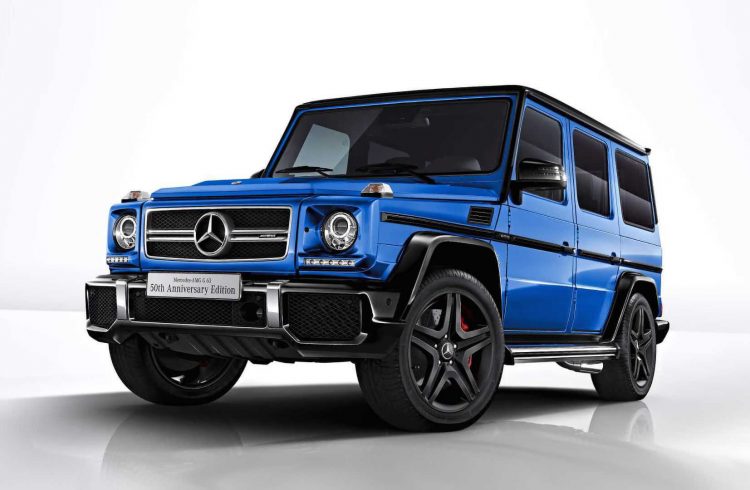 The G 63 AMG is arguably one of the most desirable passenger vehicles on the market, with many celebrities seen scooting around town in them. We think it has something to do with the G-Class being a rugged and utilitarian machine that’s also cleanly designed and well proportioned. Oh, and it’s expensive.

Of course the main attraction is the AMG version, including its 5.5-litre twin-turbo V8 petrol engine that resides under the bonnet. It belts out 420kW and 760Nm, which is enough to see 0-100km/h over in 5.4 seconds.

For the 50th anniversary edition Mercedes seems to have gone nuts with a black and blue theme for the exterior. Most of the panels are in Mauritius Blue metallic, while most of the trimmings are either black or darker black.

Inside it’s quite different though, with Designo leather and diamond-stitched sections in black and white, while for the centre dash fascia there’s some exotic carbon fibre trims and polished aluminium highlights.

The interior is very luxurious and quite a contrast from the G-Class’s military-focused, go-anywhere heritage. You get a modern LCD interface to play with, plenty of power-adjustable features, and of course a number of driving modes and differential locks.

Mercedes-AMG is planning to make just 50 examples of the special edition, all for the Japanese market. Prices start at 22.2 million yen. In Australia the regular G 63 AMG starts from $233,616.