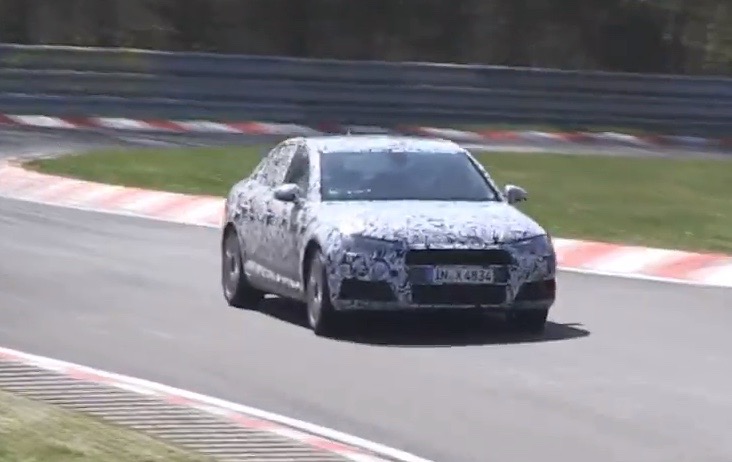 Audi has been spotted doing some final calibrations on the new 2016 ‘B9’ A4 in and around the Nurburgring in Germany before its big debut at the Frankfurt show. 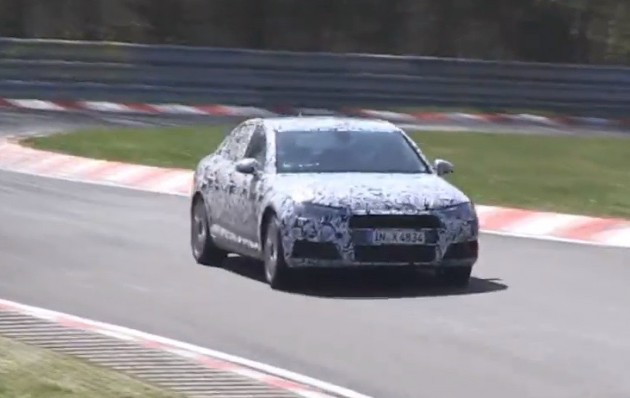 The B9 Audi A4 is set to grow slightly providing more cabin space for front and rear passengers. Audi is expected to apply its latest styling philosophy to the new model too, incorporating slimmer headlights, a larger front grille, and more defined body lines.

If you remember the Audi Prologue concept from earlier this year, penned by Audi’s new chief designer Mark Lichte, that should be a good indication of where Audi will go in terms of design with the new A4.

Underneath it all, the new model is said to take on VW Group’s MLB Evo platform which could provide weight reductions of around 100kg. With reduced weight, performance will increase, along with handling and agility, and of course fuel economy.

Speaking of which, Audi just recently revealed its new 2.0-litre TFSI turbocharged engine which will power the new model. It produces 140kW of power and 320Nm of torque, offering a fuel consumption average below 5.0L/100km (depending on variant).

Other engine options are set to include a 1.4 TFSI with cylinder-deactivation technology, a 2.0 TFSI hybrid, a range-topping 3.0 TFSI quattro developing 202kW, and a number of TDI diesels spanning from 1.6 to 3.0 litres in size.

Most versions will be available with a nine-speed S ironic automatic, with some of the junior variants getting a six-speed manual as standard. Full Australian details are yet to be confirmed. The model will be unveiled in full at the 2015 Frankfurt Motor Show in September.