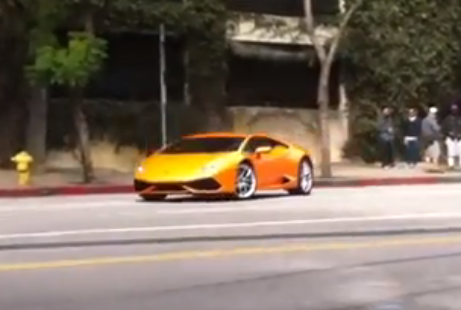 A Lamborghini Huracan has been spotted on the streets doing a bit of drifting, while undergoing a photo shoot. This is the first time the new Gallardo replacement has been seen driving out in the public like this. Judging by the special camera follow car, the Huracan was being shot for a promo or advertisement of some kind.

The new model is expected to go on sale in a few months.