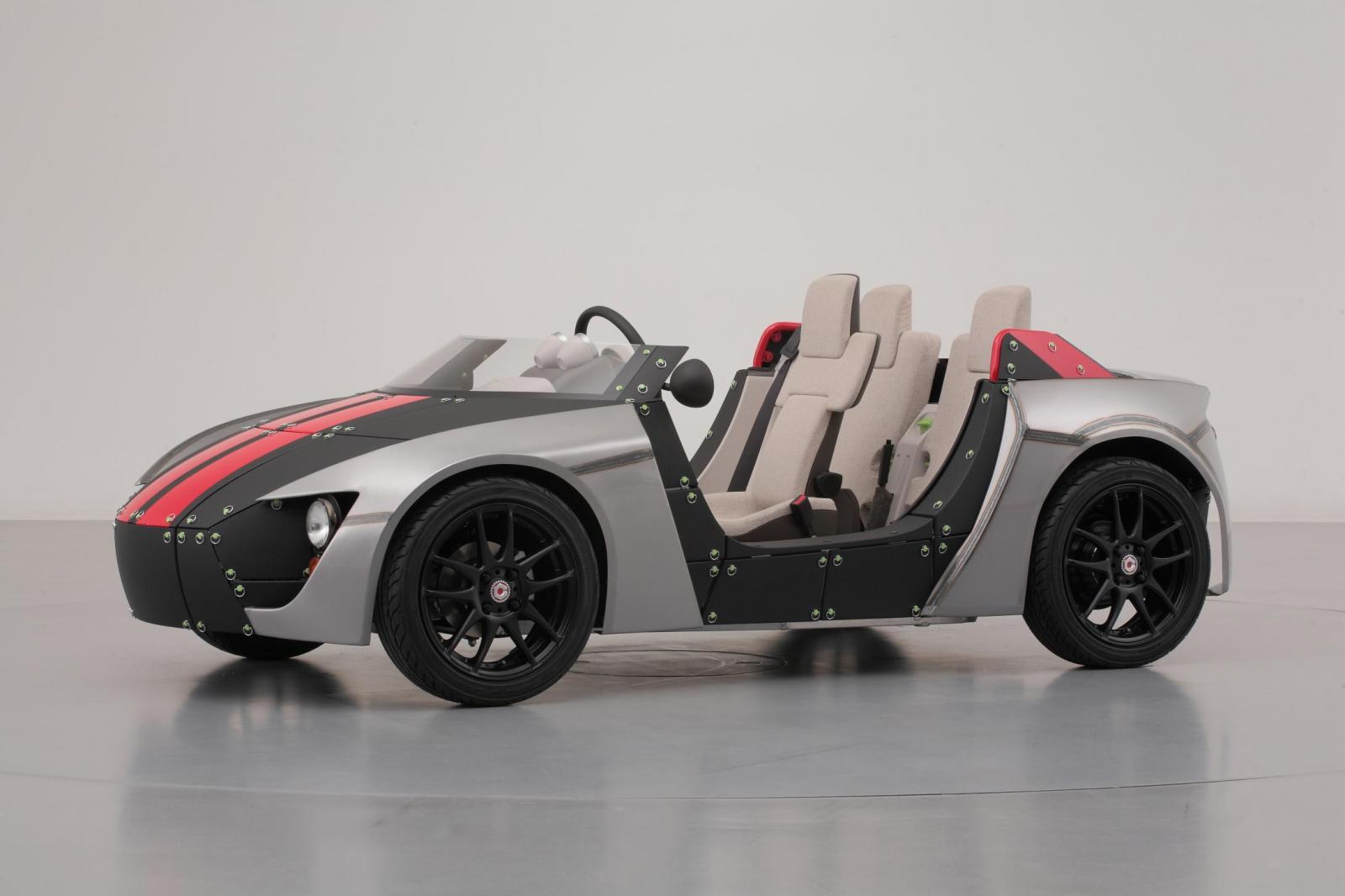 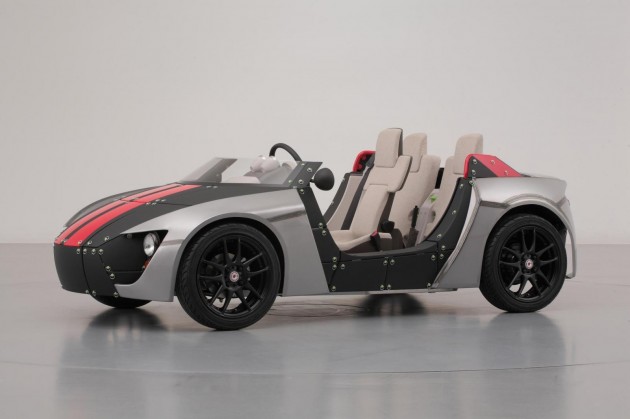 The Camatte57s is about adjustablility and versatility. The seats and pedals can all be adjusted, while the interior layout is focused around accommodating all members of the family; mum, dad, and a child. Toyota says that the driving position can even be adjusted so the kids can drive (on private roads of course). 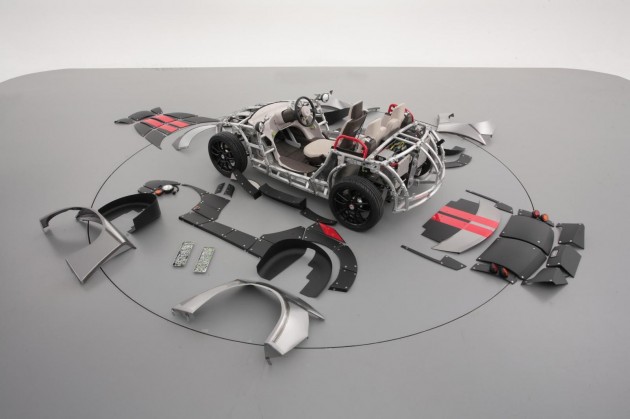 Each of the 57 body panels are detachable and can be had in a wide range of colours, giving families the opportunity to create something that is fun for all. Based on an open-top sports car layout, the concept is all about the ‘fun factor’.

Power comes from an electric motor of undisclosed output, which means the concept is also modern and prepared for the future. The complete creation measures 3000mm in length, 1440mm in width, and just 1000mm in height, featuring three seats inside.

Toyota revealed the wacky concept at the Kids’ Life Zone Tokyo Toy Show in Japan. Click play below for an overview.