The official VFACTS figures for March are out, and it’s the Mazda3 out in front once again. The popular small car went to 3818 new homes last month, followed by the Toyota HiLux (4×2 and 4×4 combined), with 3561 sales, and the Holden Commodore, going to 3187 drivers. 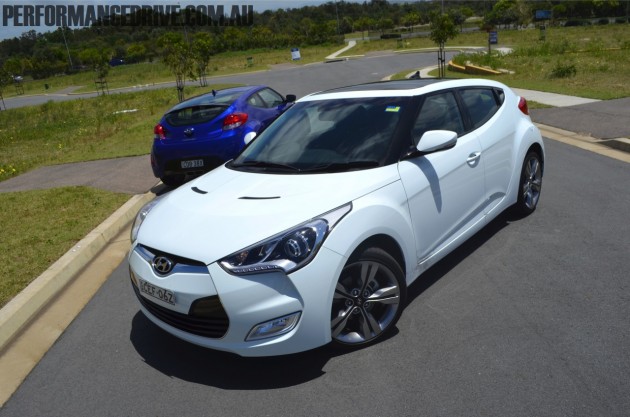 Perhaps the biggest surprise of last month was in the Sports Car category for vehicles under $80,000. The all-new Hyundai Veloster was the clear favourite, with 306 registrations made in March. It was followed by the Mercedes-Benz C-Class Coupe, with 186 sales, and then the BMW 1 Series, with 116 sales.

The Veloster is Hyundai’s new sports hatch featuring three doors – one on the driver’s side and two on the passenger side. It’s powered by a new 1.6-litre petrol engine with direct injection, producing 103kW. (Check out our Hyundai Veloster review for more details.)

In the Sport Cars over $80,000 category, it was the Audi A5 that went to the most homes last month, with 116 sales, followed by the Mercedes-Benz E-Class coupe/convertible with 72 sales, and the BMW 3 Series coupe/convertible with 70 sales. The last of the 2011 Nissan GT-R examples went to seven lucky buyers, with the new 2012 GT-R introduced just over a week ago.

For all-out Sports Cars in the above $200,000 category, the Porsche 911 recorded the most sales last month, going to 28 lucky drivers. Although the new 991 Porsche 911 is on sale in Australia, it’s unclear how many of those 28, if any, were of the new model. The 911 was followed by the Jaguar XK, with 15 sales, and the BMW 6 Series coupe/convertible, with 12 sales.

In the sports 4×4 ute category, the 2012 Toyota HiLux was the favourite once again, recording 2575 sales. The figure is down by 104 sales compared with March 2011, but this is partly due to the Thailand floods putting delays on full production capacity and parts supply.

The second-best-selling 4×4 ute for March was the Nissan Navara, with 2324 sales, followed by the Mitsubishi Triton rounding out the top three, with 1186 sales.

For the mildly sporty Medium cars under $60,000 category, the new 2012 Toyota Camry was a very clear favourite, recording 2341 sales. The new model showed a massive jump in sales compared with March 2011 figures (1639 sales).

The Camry was followed by the Mazda6, with 561 sales, and then the Ford Mondeo, with 455 sales. Interestingly, Subaru Liberty sales dropped off considerably compared with March 2011 figures, recording 393 sales over last year’s 685 effort.

As for the very popular Small car segment under $40,000, the Mazda3 holds on to its industry-dominating lead, reporting 3818 sales. It was followed by the Toyota Corolla, with 3120 sales, and then the Holden Cruze, with 2880 sales.

The motoring market in Australia has been showing steady growth lately, with overall vehicle sales up last month compared with March 2011 – 97,616 sales over 93,984 sales, respectively.