Suzuki has released a short promotion film for the new 2012 Suzuki Swift Sport, a car that was unveiled at the 2011 IAA Frankfurt Motor Show currently underway. The clip gives us a preview of what the new Swift Sport will look like out on the street. 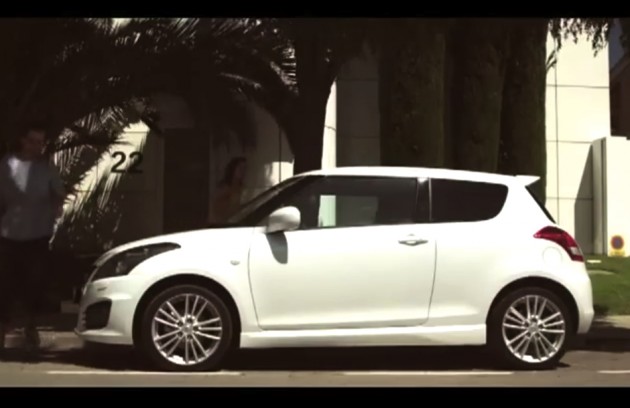 As previously reported, the new 2012 Suzuki Swift Sport will feature a 1.6-litre four-cylinder engine outputting 100kW of power and 161Nm of torque – up 8kW and 13Nm over the existing model.

Like the current model, the new Suzuki Swift Sport will feature a number of sporty highlights including a neat bodykit on the outside, bolstered by 17-inch alloy wheels and sports suspension.

Overall, the new 2012 Suzuki Swift Sport looks just that little bit more complete and solid compared with the existing model, without stepping too far away from the heritage of the design.

We hope to provide a full 2012 Suzuki Swift Sport review some time after the car’s Australian launch. Stay tuned for official local details and release date.

Click play on the video below for a preview of the new model in the interim.