DragTimes has put together another one of its great off-street drag racing videos, this time showing a battle between two heavily tuned supercars; a Porsche 911 Turbo and a Lamborghini Gallardo. 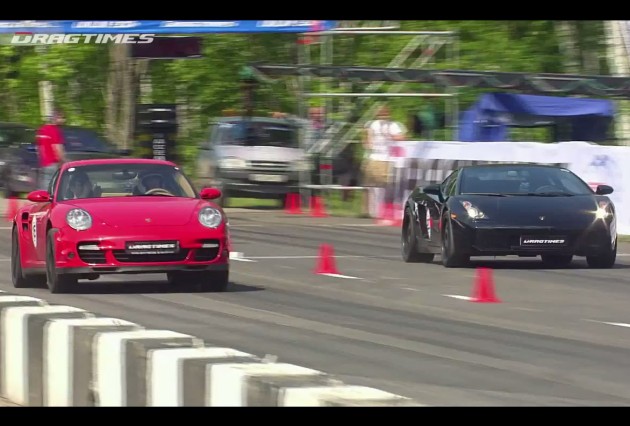 The Porsche 911 is tuned by Swizter – the company behind the epic Nissan GT-R Utlimate Street Edition with 1000hp. The Porsche has been rated at 950hp, or 709kW, with power sent to all four wheels.

In the Italian corner is a twin-turbo Lamborghini Gallardo tuned by Underground Racing with an astonishing output of 1500hp. That’s 1119kW of power, sent through an all-wheel drive system. As you can see in the video below, the power easily overwhelms the tyres.

Take a look at the race below, you might be surprised at the initial results. The race is over a one-mile straight.
(Take note of the Lambo’s final trap speed.)