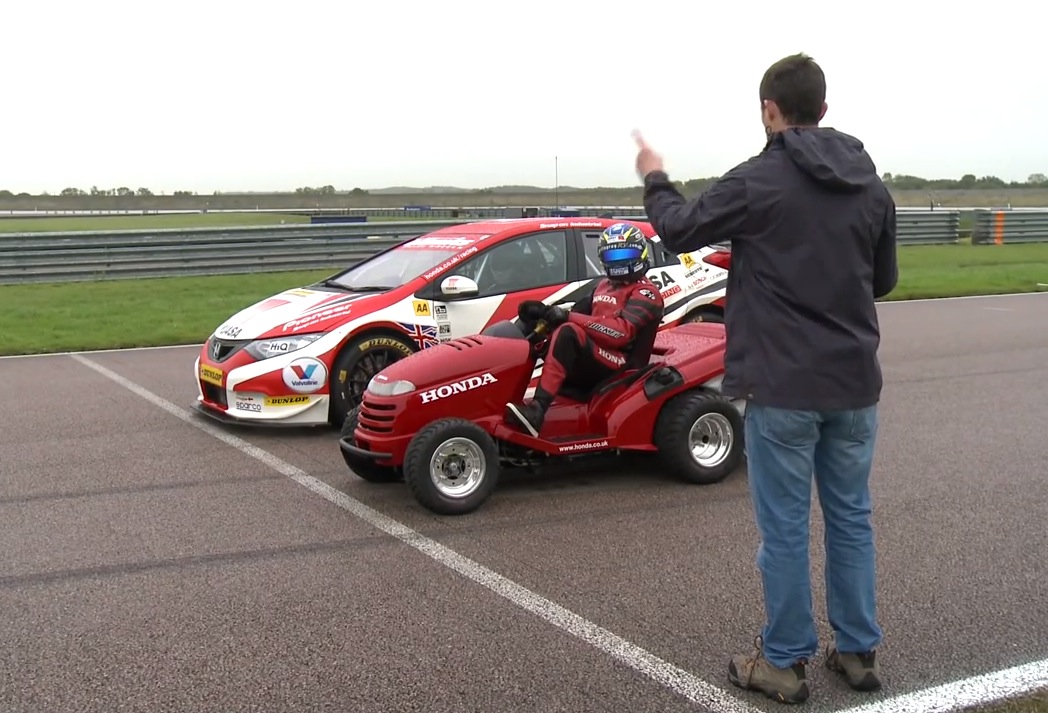 As a way of celebrating 100,000 subscribers on YouTube, Auto Express has released a special race video between a Honda Civic BTCC racing car and the record-breaking Honda Mean Mower. The Civic produces around 224kW while the lawnmower is powered by a 1000cc motorbike engine with around 81kW, capable of 0-100km/h in 4.0 seconds. So, what’s quicker do you think?

Honda has updated its roadmap toward electrification overnight with the announcement of $50 billion worth of investment, including plans to...

Before it has even hit the market, the all-new 2022 Honda Civic Type R has set a lap record around...