The high performance Opel Astra OPC has made its local debut at the 2012 Australian International Motor Show in Sydney, ahead of its market launch in February. 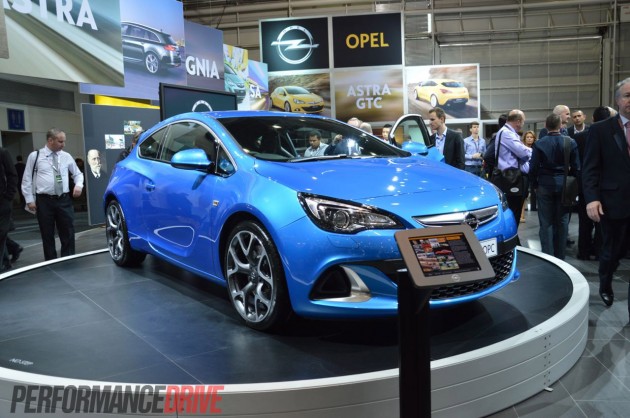 With a 2.0-litre turbocharged four-cylinder engine producing a very impressive 206kW of power and 400Nm of torque, the sleek hatch can sprint from 0-100km/h in just 6.0 seconds flat. This makes it the quickest Astra ever, and quicker than its closest rival, the Renault Clio RS, which manages the dash in 6.9 seconds.

Opel Australia has also announced a starting price of $42,990 (excluding on-road costs) for the Opel Performance Centre variant, putting it in the market at the more expensive end of the segment. 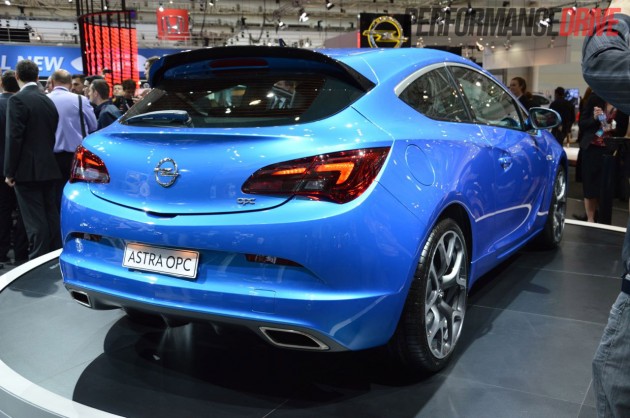 Performance highlights include bespoke sports suspension with Opel’s FlexRide adaptive system, some impressively large brakes with multi-piston calipers, and some unique body trimmings and badges for a distinctive look.

Inside, the OPC Astra comes with hip-hugging bucket seats wrapped in Nappa leather with adjustable bolsters, a seven-inch touch-screen interface, and a premium sound system.

To further boost the Astra’s visual appeal, the OPC comes with rather striking 19-inch alloy wheels, or optional 20-inch items for an additional $1000.

The new model is now available to order through any of the 17 Opel dealerships set up around the country. It can be had in five exterior colours choices, including Carbon Black, Flaming Yellow, Power Red, and Summit White.