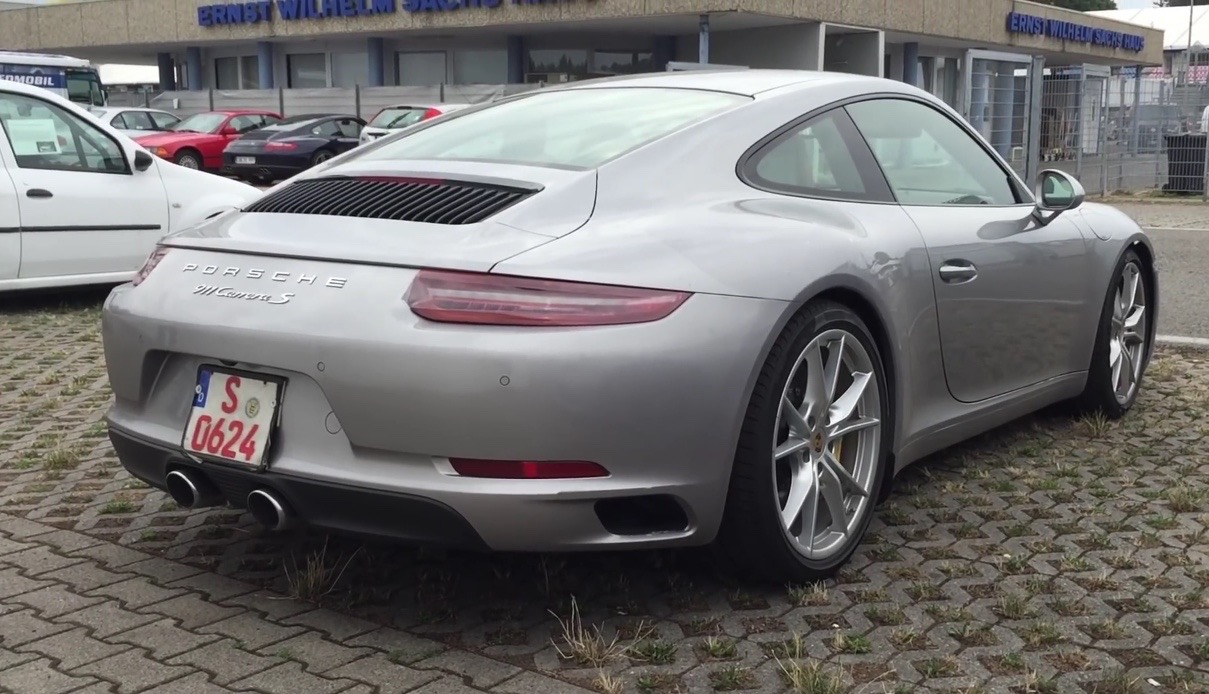 An example of the 2016 Porsche 911 update has been well and truly spotted in Germany, revealing the exterior in pretty much full production guise. 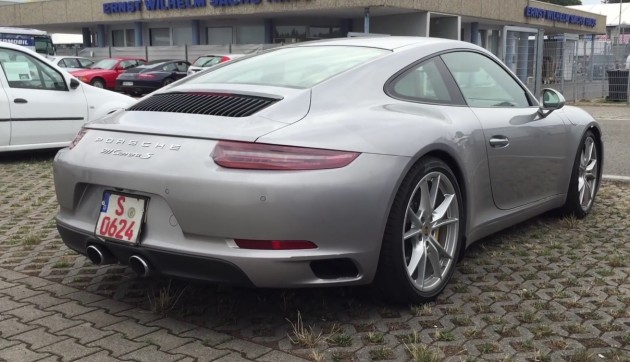 You’ll need to be a proper Porsche aficionado to spot the updates. There are revised headlight surrounds and lower clusters, a new centre grille, while at the back there’s a new engine cover with vertical slats, and centrally-mounted exhausts.

Behind the exhaust is where you’ll find the most interesting changes though. Porsche is expected to launch a new engine family for the 991 update, including a number of all-new turbocharged engines.

The entry model is said to drop the 3.4-litre naturally aspirated flat six and instead adopt a 2.7-litre turbo six-cylinder. For the upper-spec Carrera S model a new 3.4-litre turbo is tipped to make an appearance, although the final capacity is still a bit hazy.

As previously reported, Porsche will apparently launch a ‘GT’ variant showcasing a partially stripped-out, raw-ish character. This variant is likely to retain a naturally aspirated flat-six engine, rumoured to be taken from the highly-strung GT3 which produces 349kW.

Details are still yet to be officially confirmed, however, a full debut is slated to take place at the 2015 Frankfurt Motor Show in September. Judging by this prototype that wears no major camouflaging, the German company certainly seems ready to launch the MY2016 update. Click play below for a preview.