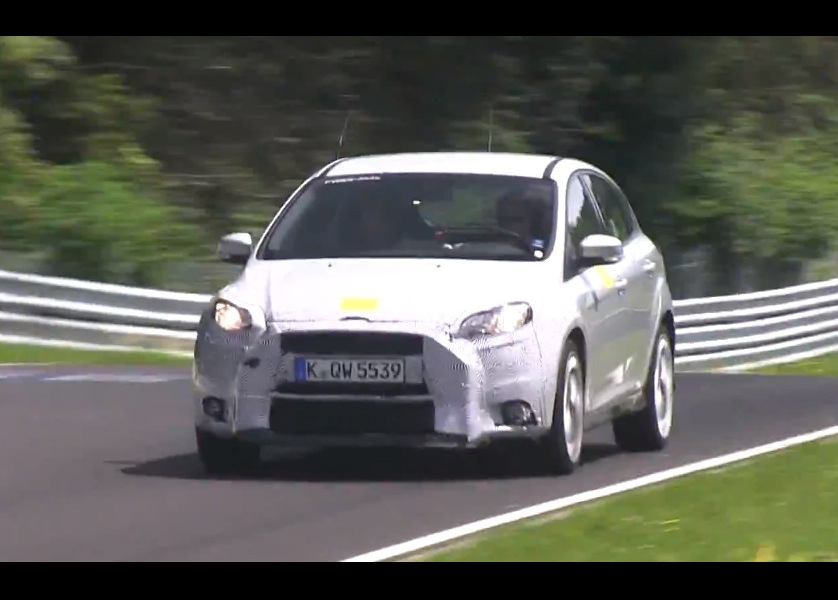 Ford has been spotted testing a prototype version of the hotly anticipated next-gen Focus RS, doing some hard laps at the Nurburgring in Germany. This is the first time we’ve seen a prototype of the next version in action. 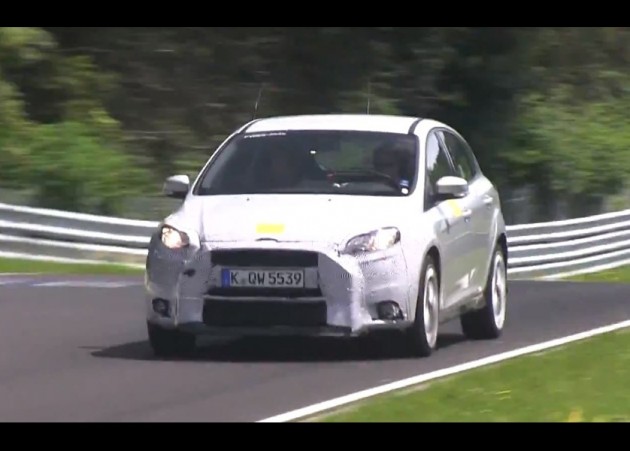 As reported last week, the new Focus RS is set to come with a 2.3-litre turbo EcoBoost four-cylinder engine. This will replace the previous model’s 2.5-litre turbo five-cylinder, which has since been retired in various forms.

The engine is expected to be similar to the one used in the 2015 Mustang. In the ‘Stang it produces 231kW. In the Focus RS though, power is tipped to peak at around 243kW, up from 224kW. Torque is also likely to rise over the previous model’s 440Nm, especially considering the Mustang 2.3 develops 433Nm.

Out on the Nurburgring Ford is probably still fine tuning different configurations and setups, and exhaust systems. But as you can see in the video below, provided by TouriClips YouTube channel, it does look extremely quick on the treacherous circuit despite being dressed in a mostly Focus Sport body.

It will continue on as a front-wheel drive, which means Ford might be interested in clocking a new FWD lap record at the ‘Ring. The record is currently held by the Renault Megane R.S. 275.

It’ll come with things like a mechanical limited-slip differential, an updated version of the company’s RevoKnuckle front suspension system, as well as dedicated sports suspension, high-performance brakes, and a racy interior.

Ford is yet to confirm an official debut for the new model, but it should arrive by 2016. Click play below for a preview.