Land Rover has released another teaser of the new 2014 Range Rover Sport, which will be revealed on March 26. This time, we get a bit more of a closer look of the performance-oriented SUV via a video. 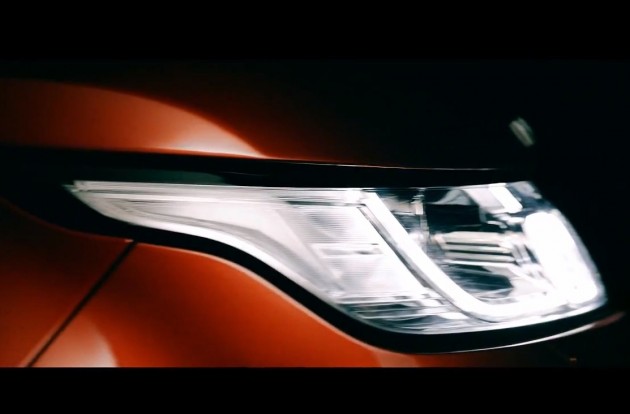 Official details and specifications are yet to be released. The new model is expected to feature fresh styling though in tune with the athletic theme of the Sport. Many believe the new model may even showcase a similar styling character as the Evoque.

On the Evoque, there’s a modern yet prominent face with a chunky grille, drop-shaped headlights – as previewed in the video below – and a set of bulging wheel arches. Some of these traits could be carried across. The new Sport may also feature a sleeker side profile than the regular Range Rover.

Under the bonnet, the same engines as the current lineup are likely to be carried across. This includes the 3.0-litre turbo-diesel V6 producing 190kW, an SDV8 turbo-diesel with 250kW, and the top-line supercharged V8 with at least 375kW.

Range Rover has confirmed the new model will be the fastest, most responsive and most agile vehicle it has ever made. Click play below for a glimpse.