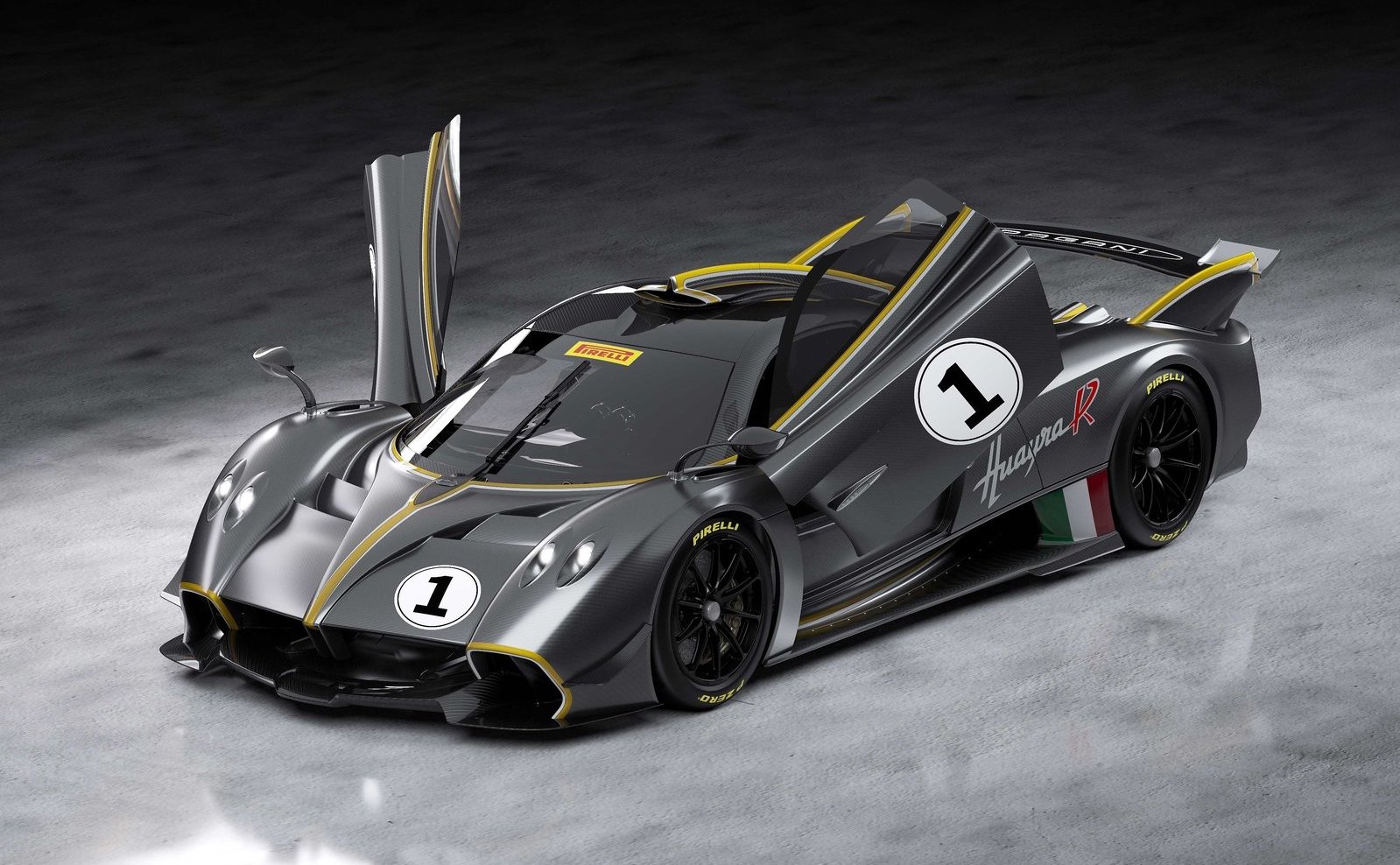 Your standard Pagani Huayra not fast enough for the track? If so, you need one of these. The new Huayra R, designed solely for absolute track performance. 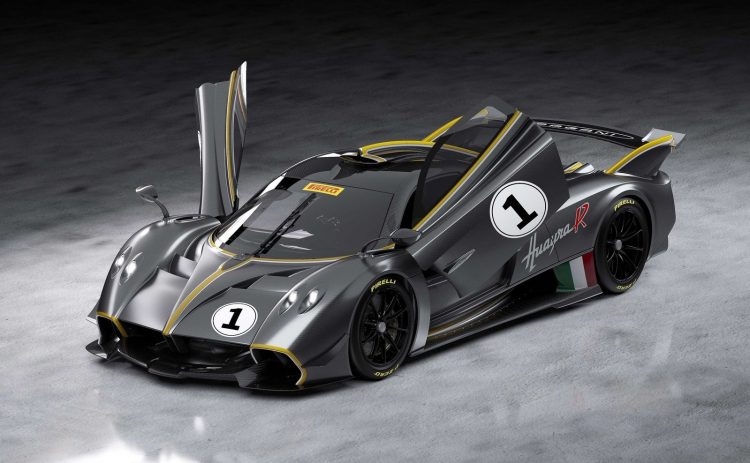 It’s been a while in the making this one, considering the Zonda R predecessor was launched back in 2007. But this is a completely different animal. Interestingly, it doesn’t feature the twin-turbo V12 of the regular Huayra, but instead goes back to a raw, naturally aspirated V12 setup.

The 6.0-litre V12 is a brand new unit developed from the ground up in partnership with HWA AG (a company that also helps Mercedes-AMG with component development). It has been specifically designed for the Huayra R, focusing on lightness, sheer power and efficiency. 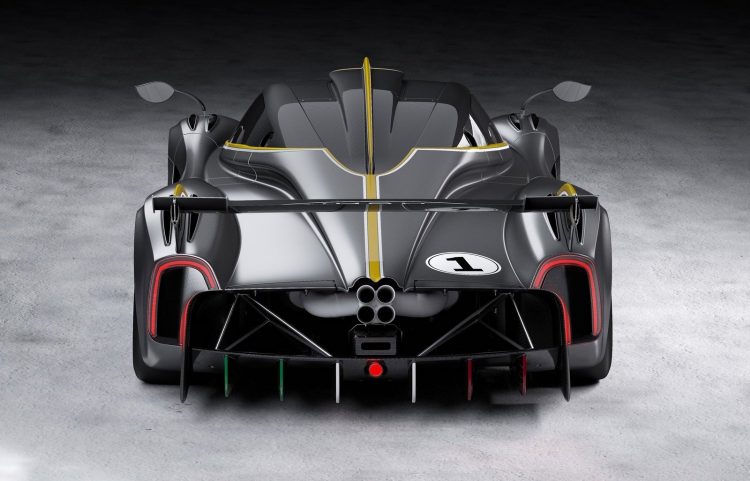 Matched up to the engine is a new six-speed sequential transmission featuring non-synchronised dog ring gears for absolute performance. This replaces the seven-speed single-clutch sequential unit found in the normal Huayra. Pagani hasn’t mentioned any acceleration figures, but considering the car’s overall dry weight is just 1050kg, you can imagine it’d go like a stung cat.

Obviously outright power is not this car’s main forte. Engineers have worked at creating something that provides complete performance in all areas. As such, the aerodynamics are key to its insane cornering speed. Pagani says that every surface and every line of the bodywork is designed for maximum aerodynamic load. An initial target was set at 1000kg of downforce at 320km/h. And engineers achieved it. This means, theoretically, the car could almost drive upside-down at speed, if you could find such a road. 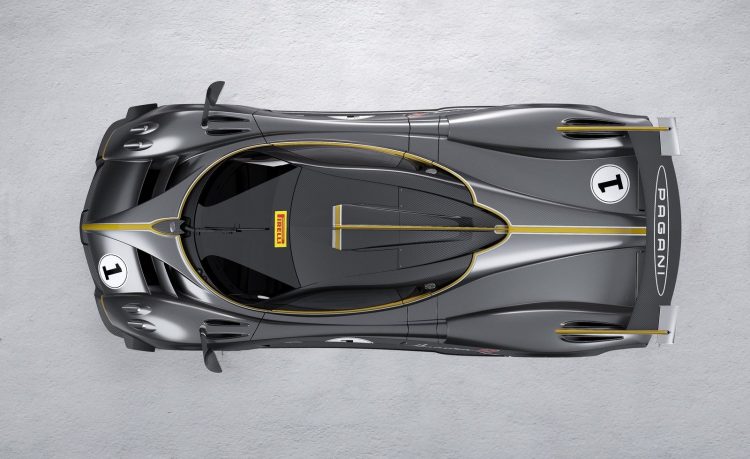 The suspension is also an important element of the R’s capability. Much of it is made from forged aluminium for lightness and strength, with independent double wishbones and helical springs, and electronically-controlled dampers front and rear. This is essentially the same as a purpose-built race car, similar to an F1 car.

A set of APP forged monolithic aluminium wheels, measuring 19 inches, wear Pirelli P Zero slicks that are 275-wide on the front and 325-wide on the back. These are sure to ensure maximum grip as well, let alone the downforce. Braking comes thanks to 410mm front and 390mm rear carbon ceramic brakes with monolithic six-piston calipers front and rear. 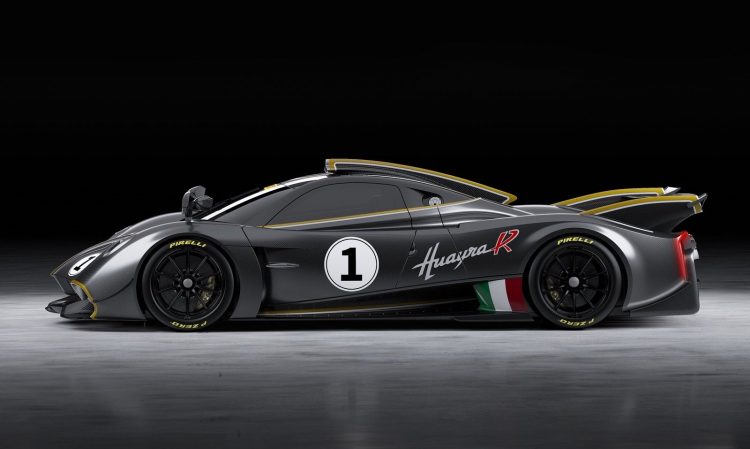 As you might have expected, the Pagani Huayra R is not designed for any specific racing series, meaning it is not eligible to compete in any of the main FIA championships. Instead, this is purely a track toy that expresses the utmost capability of Pagani. Company founder, Horacio Pagani, said:

“In 2008 we were working on the Huayra, a very challenging and demanding project from an engineering and stylistic point of view. After so many years, I felt an overwhelming desire for freedom and that’s how the Zonda R came about, a track car free from constraints and regulations. Beautiful, high-performing and safe. The Huayra R, just like the Zonda R, is the freest, most extreme and performance-oriented Pagani car of all time.”

Just 30 examples are set for production. Prices start at 2.6 million euros (about AU$4 million), plus taxes.