Volkswagen has released details on the 2015 VW Beetle, which gets a number of new engine options, more technology, and improved efficiency across the board. 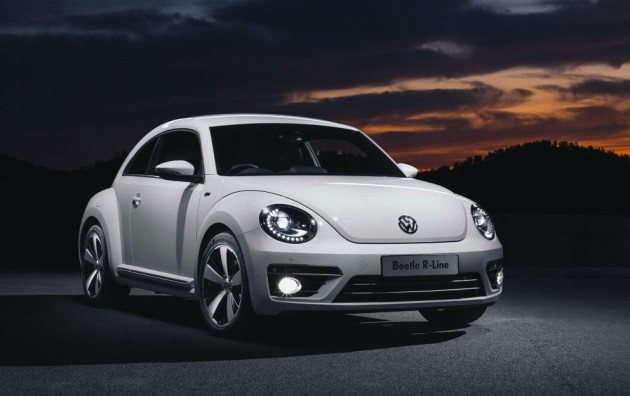 The 2015 Beetle will be offered with a range of five new/updated engines and an improved DSG gearbox that Volkswagen says makes it the greenest Beetle yet, meeting the Euro 6 emission standards.

It will be offered with the choice of three petrol engines that produce 77kW, 110kW, and up to 162kW for the sportiest version which is also 13 per cent more efficient than the 155kW version it replaces. While the even more environmentally-friendly diesel engines offer power outputs ranging from 81kW to 110kW.

As for technology and features, the 2015 Beetle comes with a range of new safety features, including a rear-view camera, a rear traffic alert system and a blind-spot monitoring system. As well as this, a new entertainment and navigation system comes as an optional extra.

Furthering the company’s efforts to maximise fuel efficiency, the 2015 Beetle is offered with a new DSG dual-clutch auto gearbox with a ‘coast’ function, which engages neutral if the car is moving with no throttle input.

Other than these changes it is a mild update, with very little in styling or cosmetic tweaks aside from some new exterior colour options; Pure White, Reflex Silver Metallic, and Tornado Red. The new model is scheduled for a European launch in the final quarter of 2014, with VW Australia likely making a local introduction early next year.