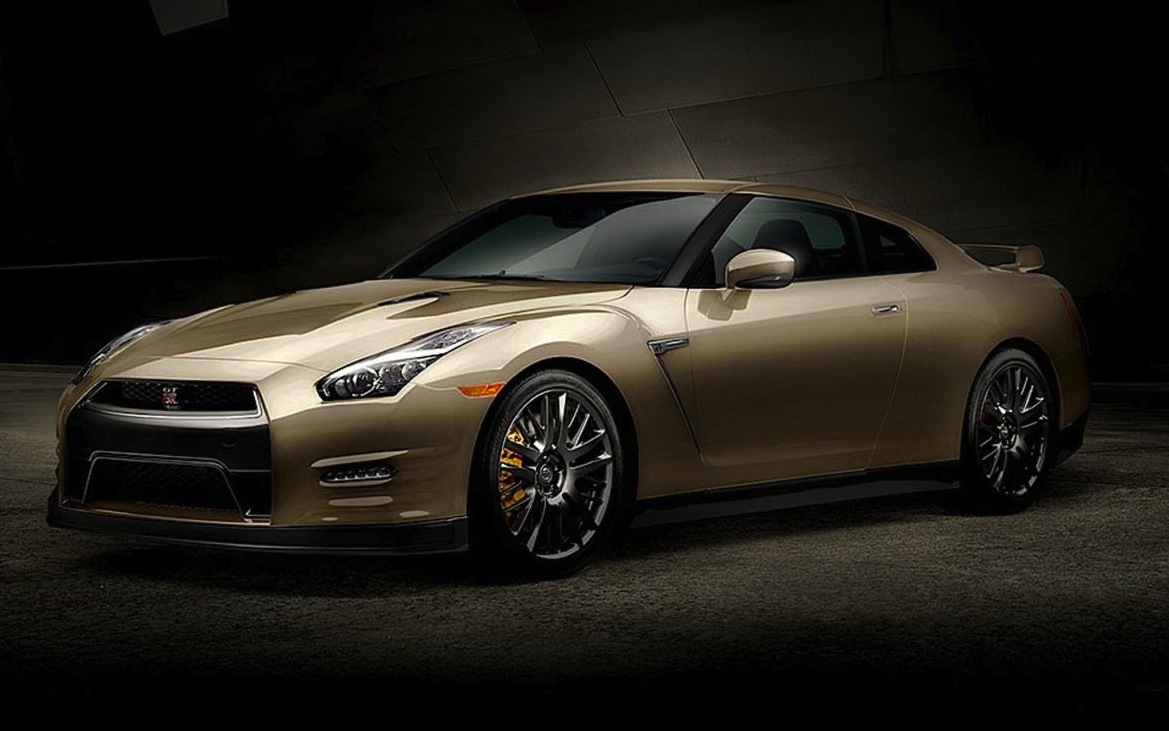 The 2016 Nissan GT-R has been revealed for the US market. And to help mark the occasion the company has announced the 45th Anniversary Gold Edition. 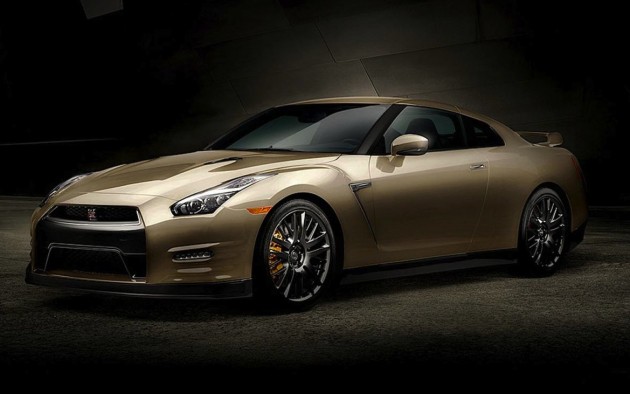 We mustn’t get too excited about the ‘2016’ element as it is simply the MY2016 update. The US auto industry is usually one year ahead of the actual year of production. But in this case it could suggest the next R36 version won’t be here until 2017.

As for the MY16 GT-R, it remains mostly unchanged from the 2015 model. There are a new set of 20-inch RAYS forged alloy wheels with near black finish replacing the previous 10-spoke design. These are wrapped in Dunlop Sport Maxx 255/40 and 285/35 tyres filled with nitrogen.

Some changes have been made under the bonnet for the GT-R Premium and GT-R Black Edition, so the 3.8-litre twin-turbo V6 now produces 410kW instead of 404kW. There’s no mention of 0-100km/h times, however, the current Aussie-spec 405kW version is able to conquer the sprint in just 2.7 seconds.

For those wanting something a little bit unique, the 45th Anniversary Gold Edition is based on the Premium variant and features a special ‘Silica Brass’ gold exterior colour as well as a gold-tone VIN plate. There’s also a plaque on the centre console. No more than 30 of these special editions will make it to US shores.

The Black Edition continues to come with special lightweight black RAYS wheels, a bespoke black and red interior package, Recaro leather seats, and a dry carbon fibre spoiler at the back. Both the Black Edition and Premium variants also come with an 11-speaker Bose sound system with Bose Active Noise Cancellation technology, and a rear-view camera.