Remember the tough little RevoZport Raze P450 BMW 1 Series M Coupe? The tuning company has announced the kit is now finalised and available for purchase, and has released tantalizing images of the full kit in the flesh with a carbon fibre roof. 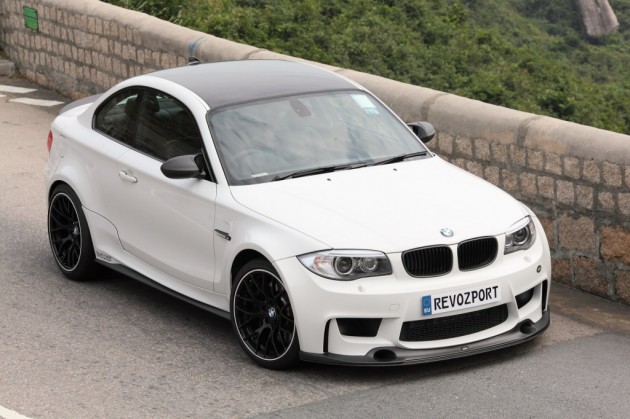 The RevoZport Raze P450 BMW 1 Series M Coupe is one of the most powerfully tuned 1 M performance kits we’ve seen, presenting an engine tune which takes the standard 250kW and 500Nm out to 336kW.

On top of these engine tune enhancements, which are sure to propel the little beast even quicker than it already is, the RevoZport Raze 1 M kit also comes with various weight-saving revisions which are capable of reducing up to 60kg in weight.

Take a look at the images below. It looks like a brutal little package doesn’t it?