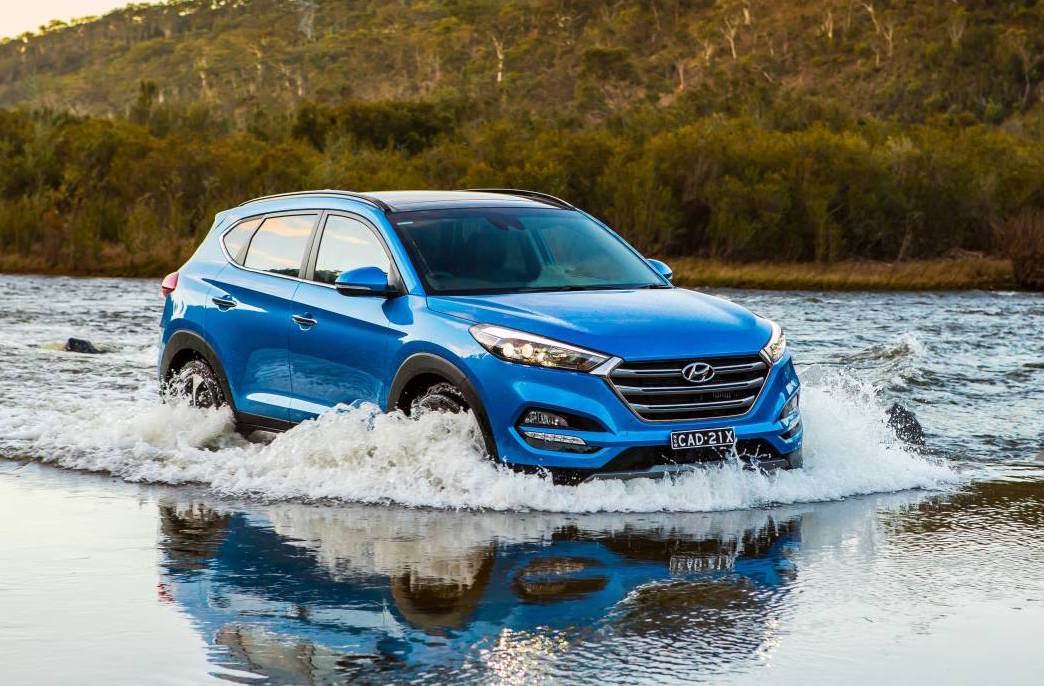 The official Australian VFACTS sales figures for new vehicle registrations for June are in, and what a month it’s been for utes and mid-size SUVs. The top-selling HiLux and Ranger sold in huge numbers, while Hyundai’s Tucson reported an impressive figure, blowing all contenders out of the water and becoming the best-selling SUV in the country. 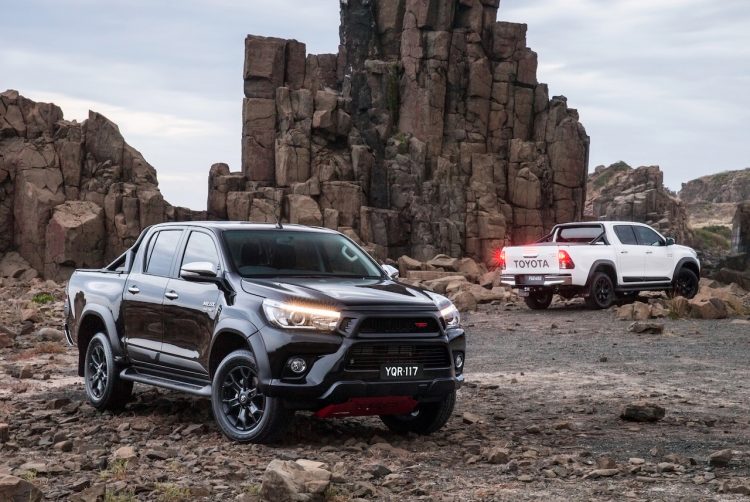 Kicking off with the best-selling vehicle brands, specifically. Toyota continues to wear the crown here. It posted a whopping 24,546 sales, which is up 6.5 per cent year-to-date and up 11.2 per cent on June last year. The next closest brand was Mazda, by a whisker over Hyundai. As impressive as Hyundai’s figures were, Mazda is the only one of the two to post a positive on last year, up 0.9 per cent year-to-date over Hyundai’s minus-8.3 per cent. We also see Kia has moved up into seventh spot, and Holden shifts into fourth. The top 10 most popular car brands for June 2017 were as follows:

As for the top-selling vehicle models, it’s the Toyota HiLux that comes through once again to reiterate Australia’s love for blending work and play. A scorching 5461 examples were sold in June, perhaps encouraged by the approaching end of the financial year. Ford’s Ranger posted impressive figures, too, stretching far ahead of the rest. It wasn’t that long ago when the Corolla and Mazda3 were the front runners here. Now, the two top utes combined total up more sales than the top three small cars combined. You might also notice the top 10 includes just four passenger cars, with the rest made up of utes and SUVs. The top 10 best-selling vehicles for June 2017 were as follows: 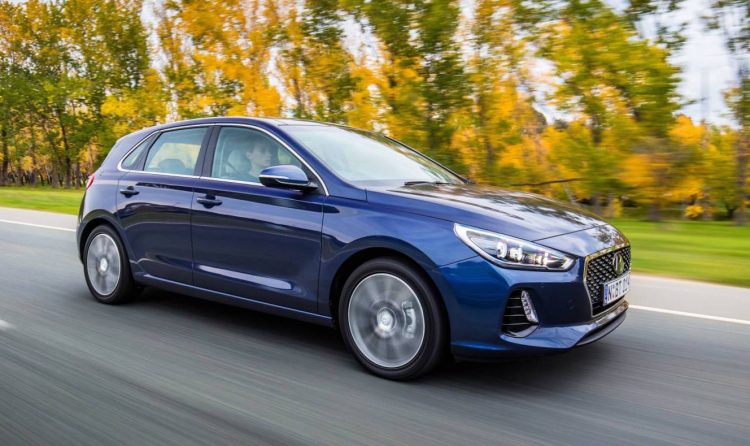 Small Cars under $40,000 – Zooming in on the small cars, it’s the Corolla that is the favourite. It quite easily bettered its arch rival from Mazda. In fact, Mazda is in a bit of dogfight with the Hyundai i30 at the moment, reclaiming its second position, just, in June. Hyundai i30 sales were right behind the Mazda3. Next up we see the Kia Cerato is still posting impressive figures from the previous month, and the humble VW Golf isn’t far behind. The top 10 best-selling small cars in June were as follows:

Medium Cars under $60,000 – The Toyota Camry continues to charge in this segment, with no rivals even getting close. In fact, if you add up the sales of all 17 rivals in this class, including the Mazda6, Volkswagen Passat, and Ford Mondeo, the end figure still doesn’t reach the Camry’s incredible 3191 sales, for the month of June. As a result the Camry holds 64.8 per cent share of the market segment. The top five best-selling models in this class for June were as follows: 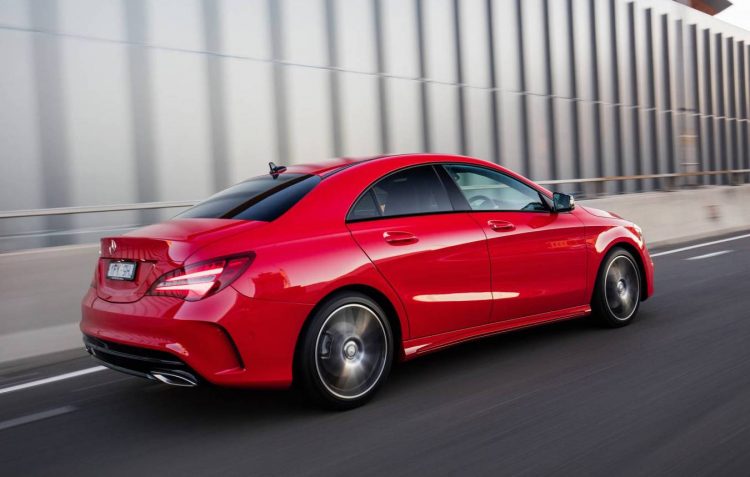 Medium Cars over $60,000 – Up in the premium class, Mercedes-Benz sales just keep soaring. The C-Class posted big figures in June, and enough for a 35.8 per cent year-to-date increase. Its main rival now is the swoopy CLA-Class. This leaves the other two German-based rivals from Audi and BMW well behind – in Australia at least. The next non-German contender is the Lexus IS, posting 198 sales. The top five best-selling vehicles in this class for June were as follows:

Large Cars under $70,000 – The poor old Ford Falcon is clinching onto its last threads here. However, the Toyota Aurion, also under the threat of impending demise, is still coasting along. Holden Commodore sales dominate overall though, and will probably continue to do so even after Aussie production ceases in just a few months. The top five best-selling vehicles in this class for June 2017 were as follows:

Large Cars over $70,000 – Into luxury now, and it looks like the C-Class’s big brother from the Stuttgart-born brand is following the same path. E-Class sales easily topped all contenders once again. BMW 5 Series numbers couldn’t even catch half the E-Class’s digits. Further down and we see the Maserati Ghibli and Mercedes CLS are tied for the month, along with Jaguar XF and Lexus GS. The top five best-selling vehicles in this segment in June were as follows: 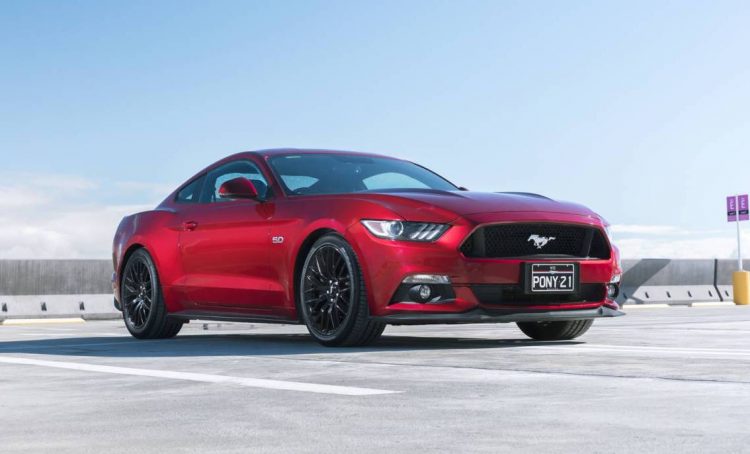 Sports Car under $80,000 – What a great decision Ford’s global bosses made when they decided to introduce the Mustang to Australia. Not only is it sweeping the floor in this class, it is also now its best-selling passenger car in Australia. So far this year it has totalled 5048 sales, bettering Ford Focus (3243), Ford Escape (2420), and Everest (2120). The only nameplate in the showroom that does better is the Ranger. The top five best-selling vehicles in this class for June were as follows:

Sport Cars over $80,000 – In the sportier class, it’s the Mercedes C-Class two-door, following up on its four-door brothers’ trends. The E-Class two-door also following up, leaving the BMW 4 Series and Audi A5 behind. Lexus’s new LC coupe is off to a good start, posting 38 sales here. The top five best-selling models in this category were as follows:

Sport Cars over $200,000 – High-end sports cars show the iconic Porsche 911 as the leader.  But others aren’t far behind. Ferrari reported decent figures in June and is up 12.2 per cent year-to-date compared with Porsche’s 9.2 per cent figure. In terms of positives though, McLaren is the winner, with its sales up a massive 122.2 per cent year-to-date on last year. It sold nine cars in June, missing out on the top 10. The top five best-selling vehicles in the class during June were as follows:

Combined 4×2 and 4×4 ute – As for the increasingly popular utes, the HiLux was obviously the winner. We see the Mitsubishi Triton is catching up, moving from fifth place in May to third in June. All models except the Foton Tunland posted positive figures compared with May. The top 10 best-selling utes (4×2 and 4×4 combined) for June were as follows: 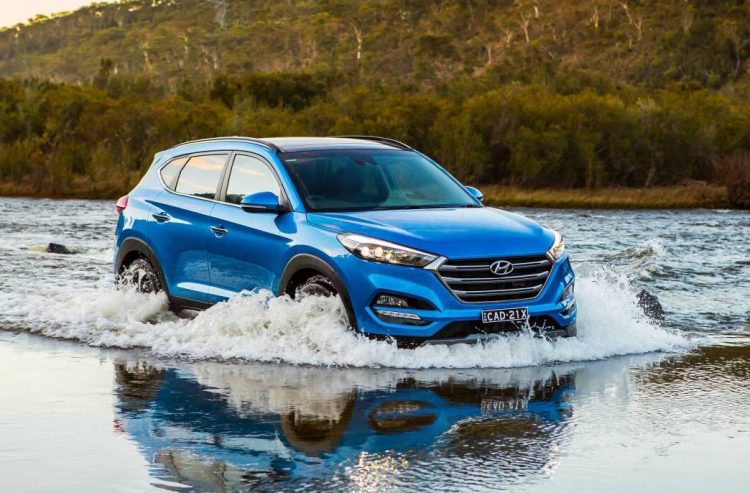 Okay, so into the trending categories. Hyundai Australia will be celebrating today after seeing its Tucson claiming the top position in overall SUV sales, swiping it from the Mazda CX-5. Many SUVs reported big figures in June actually, including the Mitsubishi ASX, Toyota RAV4, and a number of BMWs and Land Rovers in the premium classes.

The top three best-selling SUVs in all categories for June were as follows:

Total new vehicle sales in Australia in June were up on May figures. During June, Australian consumers bought 134,171 vehicles compared with 102,901 in May. Overall sales are up 4.4 per cent compared with June 2016, and up 0.2 per cent year-to-date.