Porsche has unveiled the 2013 Porsche Cayenne Turbo S. The new model gets more power under the bonnet, tweaked styling, an updated interior with new colour combinations, and a sophisticated suspension and driveline to maximise handling. 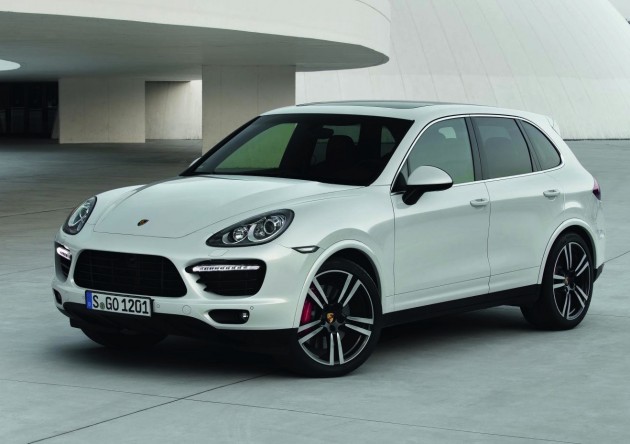 Featuring the same 4.8-litre twin-turbo V8 engine as found in the Porsche Panamera Turbo S sedan, the 2013 Cayenne Turbo S is the most powerful Cayenne yet, producing 405kW of power (up from 368kW of the existing model) and a whopping 750Nm of torque (up from 700Nm).

The new engine enables the big SUV to hustle from 0-10okm/h in just 4.5 seconds, with a top speed of 283km/h. Despite in the increase in power, the same fuel economy rating of 11.3L/100km remains. 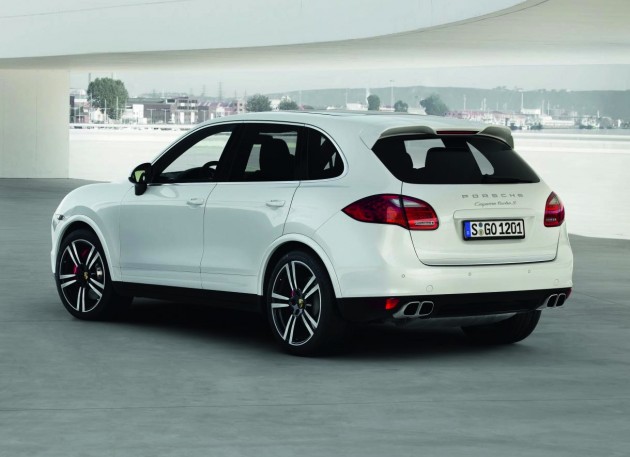 The new model also comes with a torque vectoring driveline which is able to send power to individual wheels according to traction and to help pivot the SUV around corners. This is tied in with a electronic locking rear differential.

Styling-wise, the new mode can be distinguished by the various gloss black highlights, such as side mirrors, front grille sections, and the insides of the 21-inch Porsche Turbo II alloy wheels. 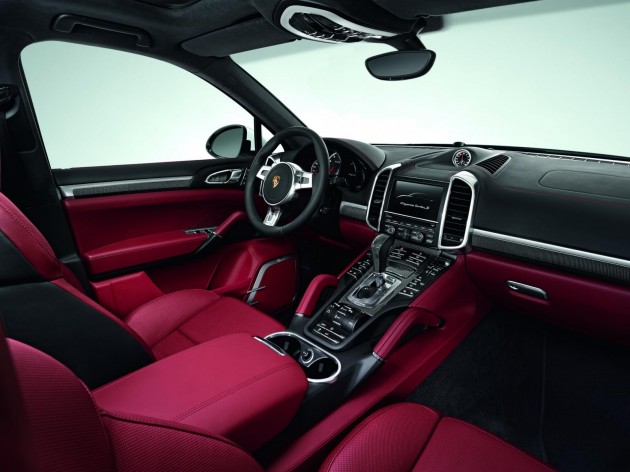 Inside can be trimmed in a two-tone Black and Luxor Beige or Black and Carrera Red leather outfit, to improve elegance and luxury.

Prices for the 2013 Porsche Cayenne Turbo S in Australia will start at $294,000. It’s due to hit showrooms in February.

Click play on the video below for an overview.