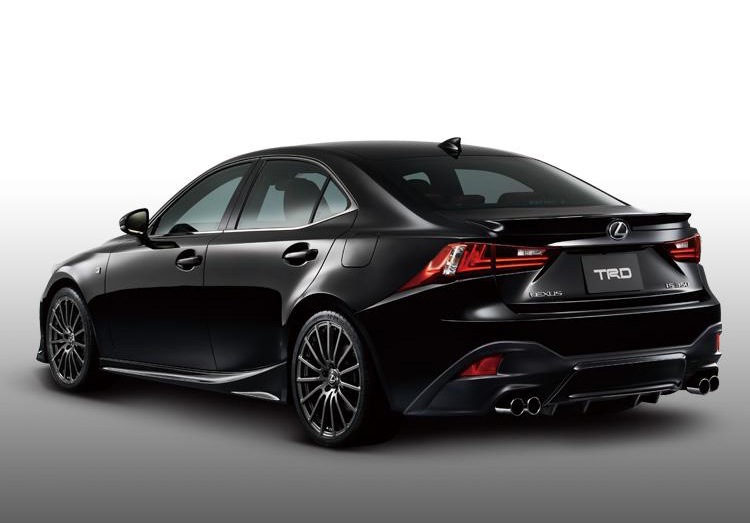 Toyota Racing Development (TRD) has come up with a set of tasty options for the yet-to-arrive 2014 Lexus IS range. The new model will go on sale in Australia later this year. 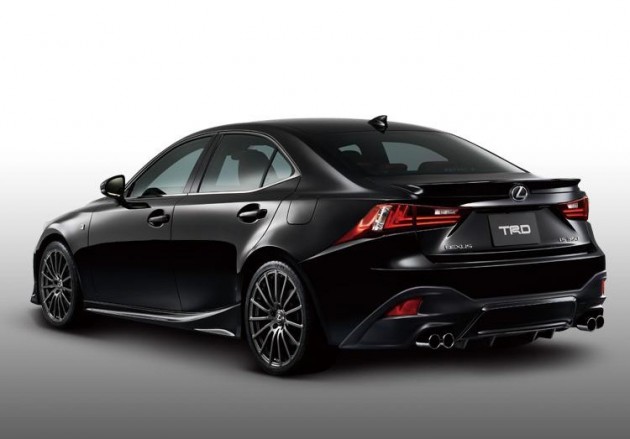 Although TRD usually only offers accessories and options for Toyota products, the Lexus IS the company’s sportiest sedan. The first generation IS also shared its platform with the Toyota Altezza.

For the latest IS, TRD has developed some sharp styling revisions to give the car a more aggressive look. As you would expect, the kit includes new front and rear bumper bars, each with their own spoilers and fins, while a pair of side skirts blend in to match.

TRD also offers comprehensive chassis stiffening and suspension upgrades for improved handling, and to give the sedan a more powerful stance.

Since its unveiling, the new Lexus IS has coped some criticism, with critics disliking the company’s spindle front grille design. The TRD accessories certainly give the car assertiveness, especially at the back. What do you think?

InLexus IS, TRD, TRD Lexus IS