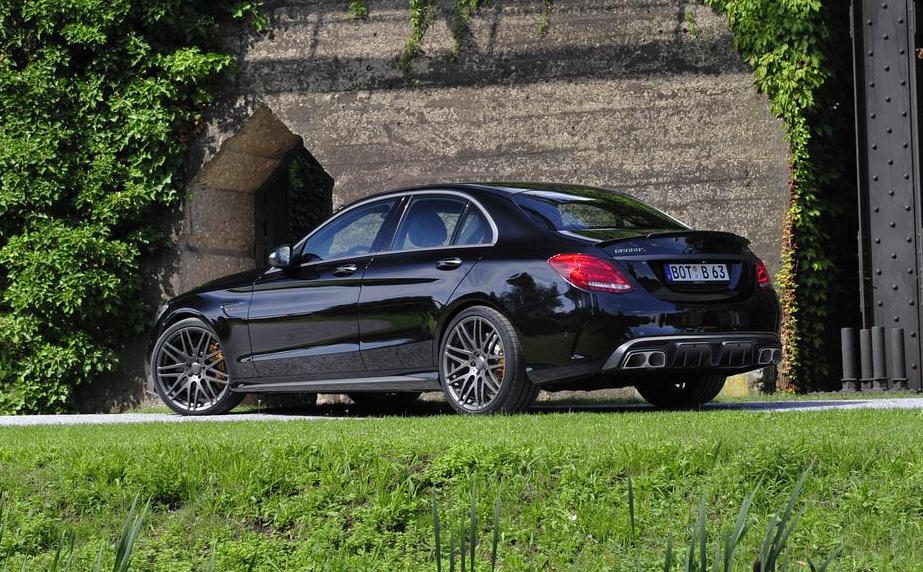 Renowned Mercedes-Benz tuner BRABUS is planning to show off its latest upgrade package for the C 63 AMG at the Frankfurt Motor Show in a couple of weeks. 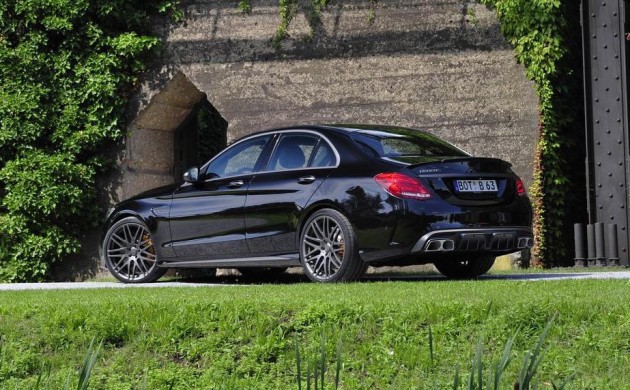 Based on the new C 63 AMG, which is already a blisteringly fast sports sedan in factory form, BRABUS has developed a neat tuning package to boost performance and the visual presence of the German sedan.

Starting with the engine, the factory 4.0-litre twin-turbo V8 receives a plug-and-play auxiliary control module for the engine management system. This is used to lift output via mapping control from 375kW and 700Nm, to a whopping 441kW and 800Nm.

As a result, the beast can sprint from 0-100km/h in just 3.8 seconds, and it can soar on to a top speed of 300km/h. The sheer speed and performance is also helped – and clearly heard – via a stainless steel BRABUS exhaust system. It comes with a butterfly switch for different loudness modes.

BRABUS doesn’t leave the rest of the car untouched either. It is dressed appropriately in a smart yet purposeful bodykit. The kit includes new air inlets and outlets, a new rear diffuser, and a lip spoiler for the boot. All of these parts are made from carbon fibre and have been wind-tunnel tested.

A demo car showcasing these features will be on display at the 2015 Frankfurt show, which starts on September 15.