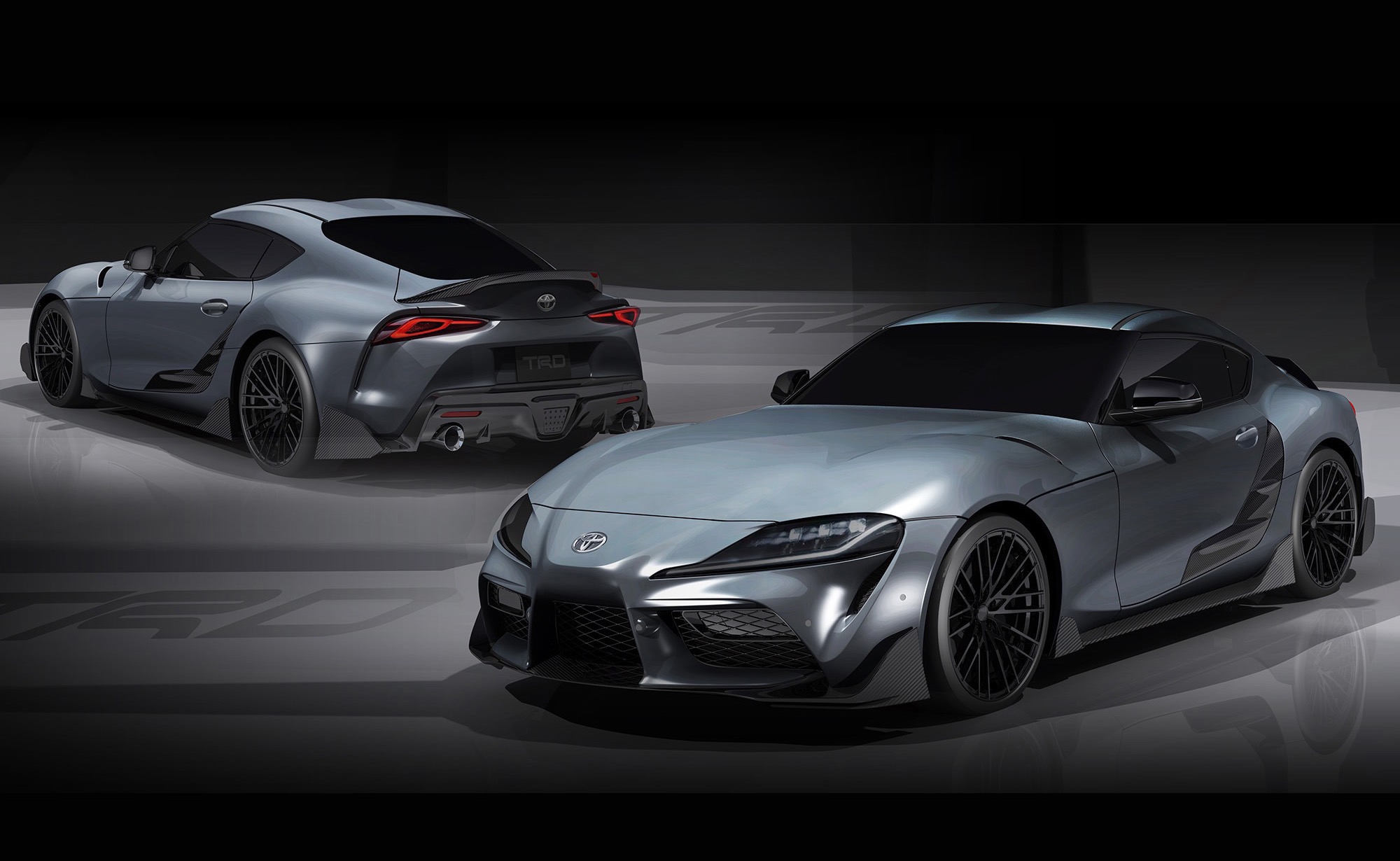 Here it is. The Toyota GR Supra Performance Line Concept TRD. It has just made its debut at the Osaka Automesse show in Japan, giving us a preview of the future enhancement possibilities. 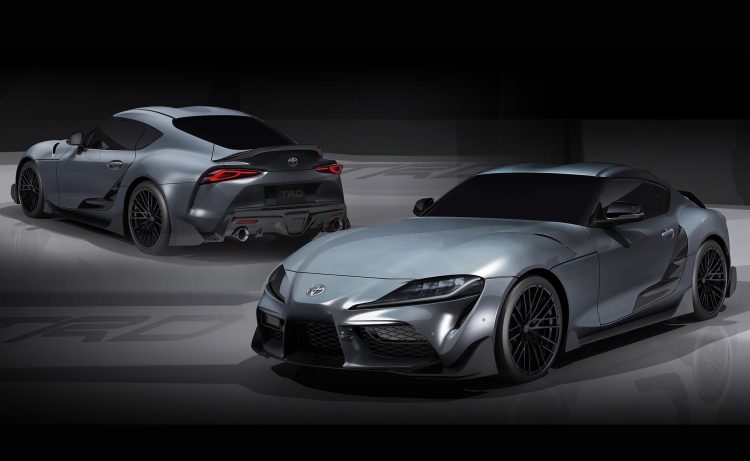 Toyota Racing Development offers plenty of upgrade components for some of Toyota’s showroom models overseas, and even in Australia some TRD parts will pop up. Like with the HiLux TRD from last year. But now the sub-division has turned its attention to one of the most anticipated cars of the year; the GR Supra.

The upgrade package is just a concept at this stage, but it does give us an idea of what will be available in the near future. At the front is a more aggressive front lip spoiler and integrated side winglets, with a revised front bumper bar. This is all aimed at increasing front end downforce and grip at speed.

Along the sides you’ll notice some matching skirts that blend with new finned side intakes/door garnishes, while a set of 19-inch forged alloy wheels give it all a racier look. All of the aero parts, including the skirts and door garnishes, are made from carbon fibre, optimising weight and providing that fashionable darkened theme. 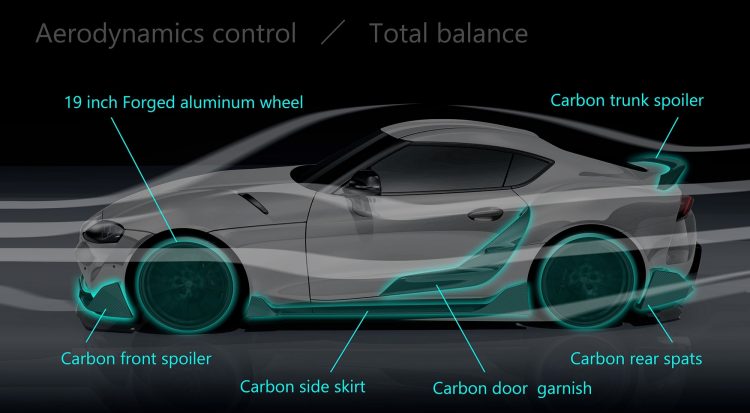 Around at the back is a new, steeper wing made from carbon fibre, and down below is a revised diffuser section that receives added side wings like at the front. It looks especially mean from the back in our opinion. We also like the dull shining silver colour applied to the body, contrasting with the carbon components.

At the bottom of the TRDParts website that outlines the concept, Toyota says, “to be continued”. This suggests market arrival for the parts, and potentially more options, will be announced soon.