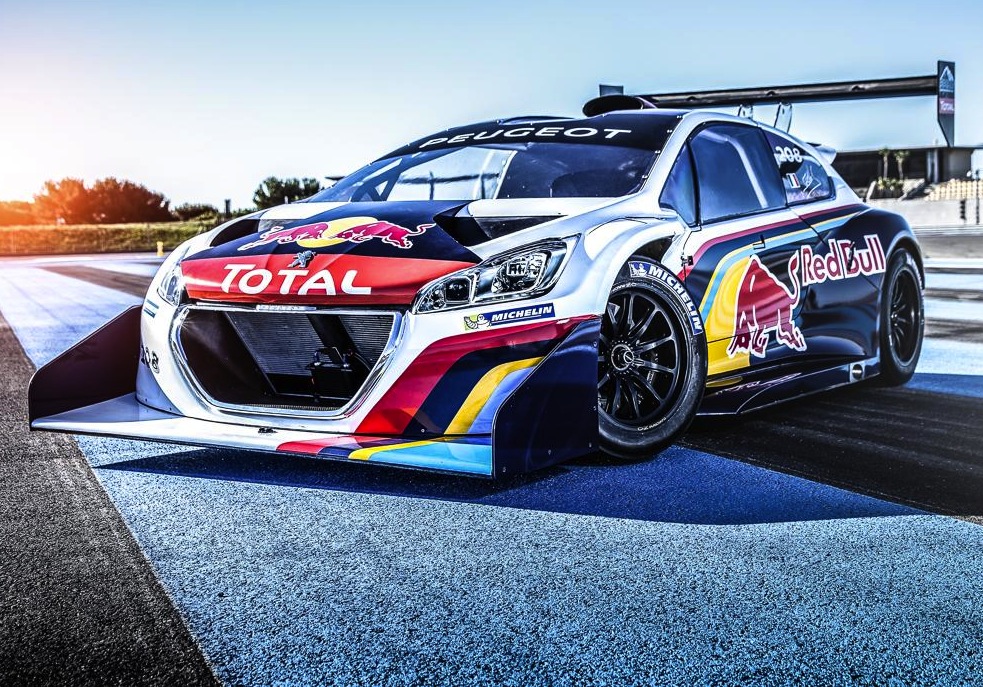 The full racing colour scheme of the ballistic Peugeot 208 T16 Pikes Peak rally has been revealed, less than two months from its big hill climb in Colorado. 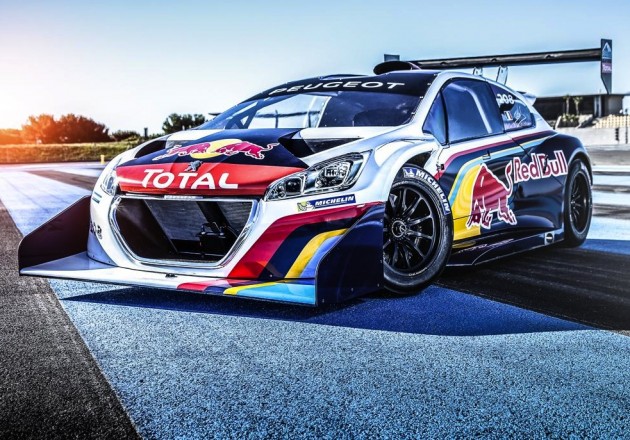 Up until now, the 208 T16 racer has only ever been seen in raw carbon fibre. The striking livery features the traditional Red Bull Racing colours which certainly brighten things up a bit.

The car is set to be one of the main attractions at this year’s event, especially with nine-time World Rally Championship Sebastien Loeb behind the wheel.

As we already know, the car will compete in the unlimited class, up against this biggest and best in the industry. Its key force comes from a 3.2-litre twin-turbo V6 producing a colossal 652kW.

Head over to our previous report to see Loeb’s first impressive test drive of the beast.