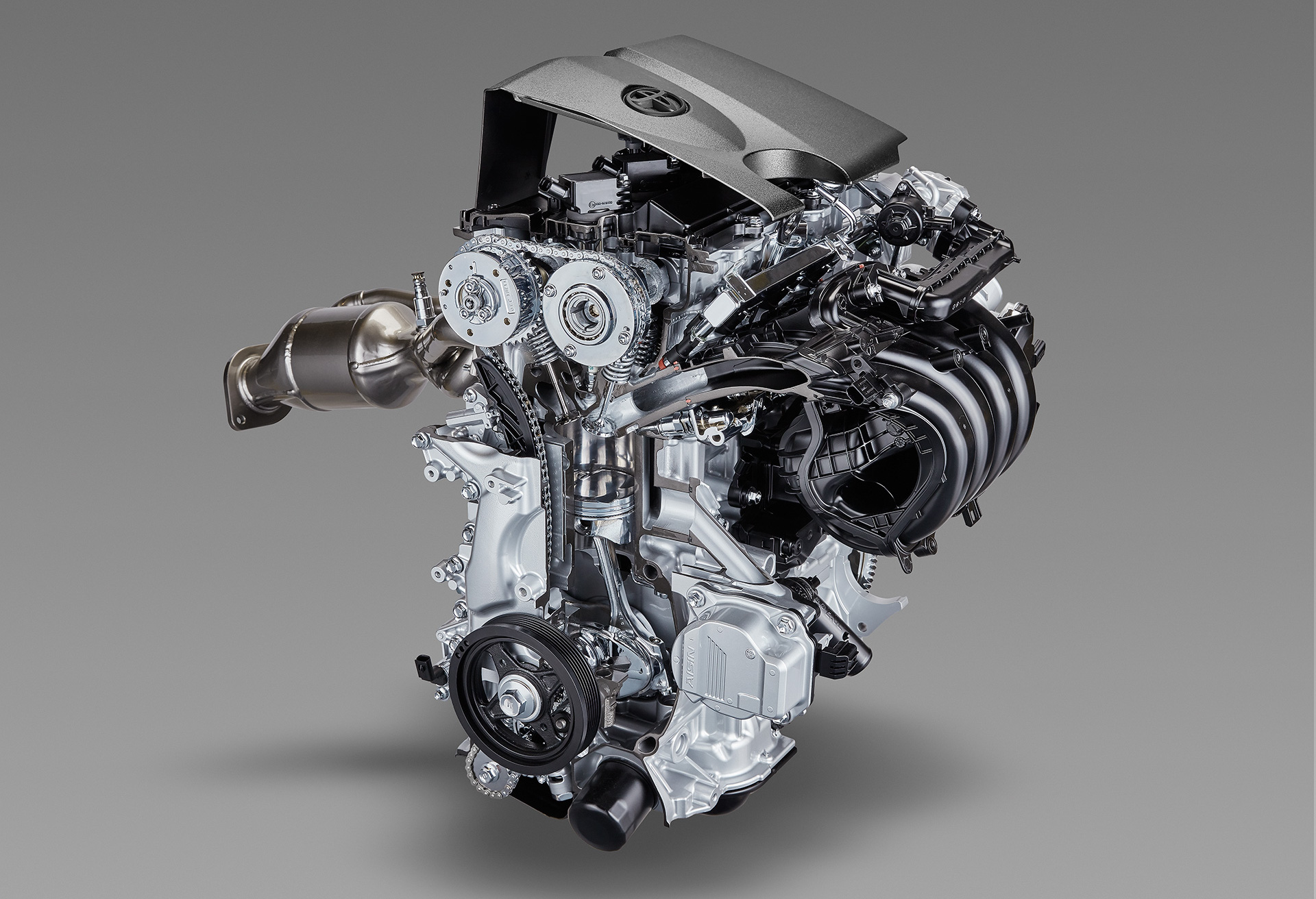 Toyota has announced a range of significant powertrain updates that are designed to cut its fleet emissions by 18 per cent. In the mix is a new Dynamic Force 2.0-litre and 2.0-litre hybrid, as well as all-wheel drive, and some new transmissions. 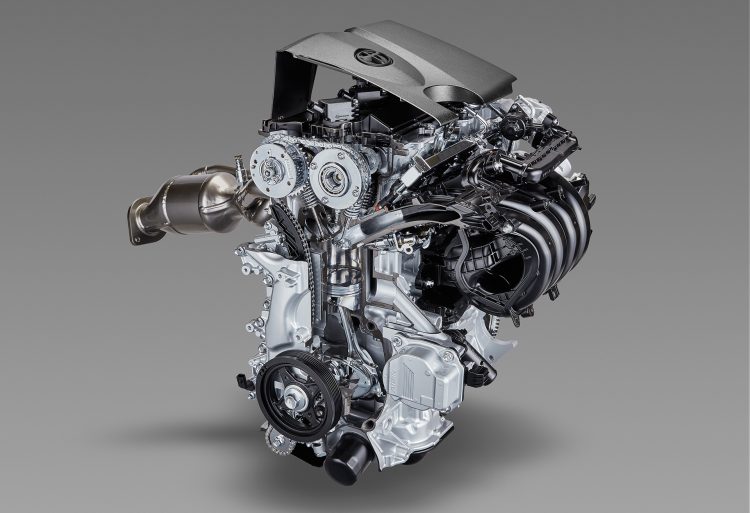 Starting with the engine. It’s a freshly-developed 2.0-litre petrol falling under Toyota’s new ‘Dynamic Force’ philosophy which was kicked off with the the 2.5-litre engine last year. The engine achieves greater thermal efficiency than before, with high-speed combustion methods and a reduction in energy loss via exhaust and cooling systems helping to improve overall efficiency. 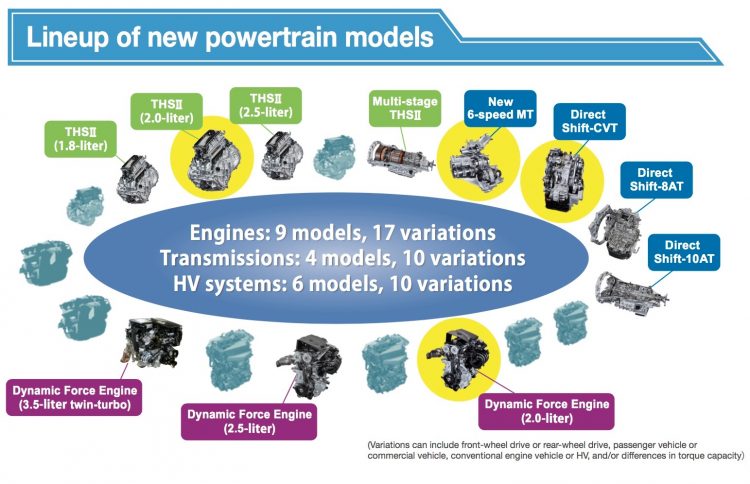 Toyota claims the new engine, which is also joining by a hybrid version, offers an industry-leading thermal efficiency of up to 41 per cent. As a bonus, there’s an increase in engine torque across the entire rev range. This is all thanks to a number of innovative technologies, some of which include a high compression ratio of 14.0:1, D-4S injection, and laser-clad valve seats along with laser-pitted piston skirts for a mirror-like finish for reduced friction. 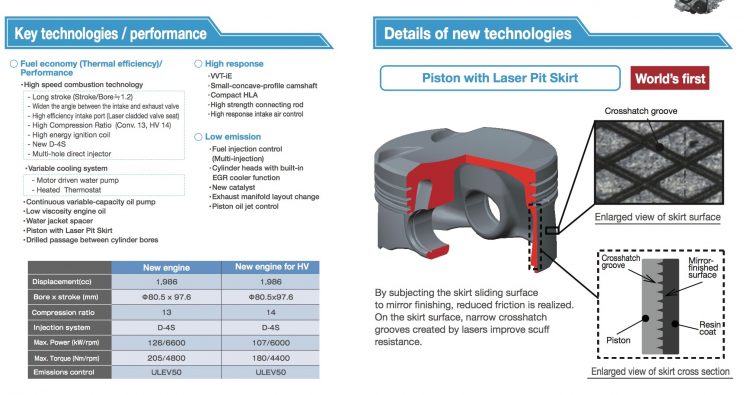 Outputs are listed as 126kW and 205Nm for the regular 2.0L, and 107kW and 180Nm for the new hybrid version which is set to replace the existing 1.8-litre hybrid in the Prius. The hybrid comes with a new electric motor system generating 80kW and 202Nm alone. Both engines are likely to be implemented in the upcoming next-gen Corolla, due to debut at the Geneva motor show in March. 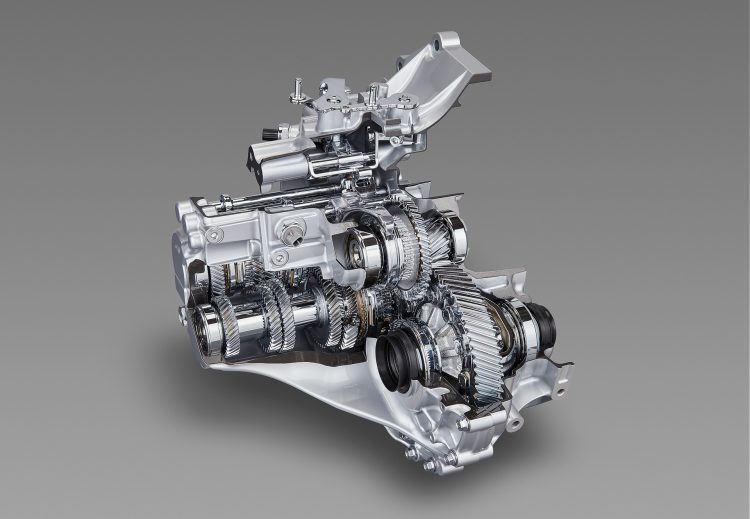 Joining the new engines is a freshly-designed six-speed manual transmission. It’s 7kg lighter in weight than the unit it replaces, and is more compact for better packaging. In fact, it is one of the smallest transmissions of its kind in the industry. It will be joined by a new CVT auto which is set to help improve fuel efficiency by 6 per cent. 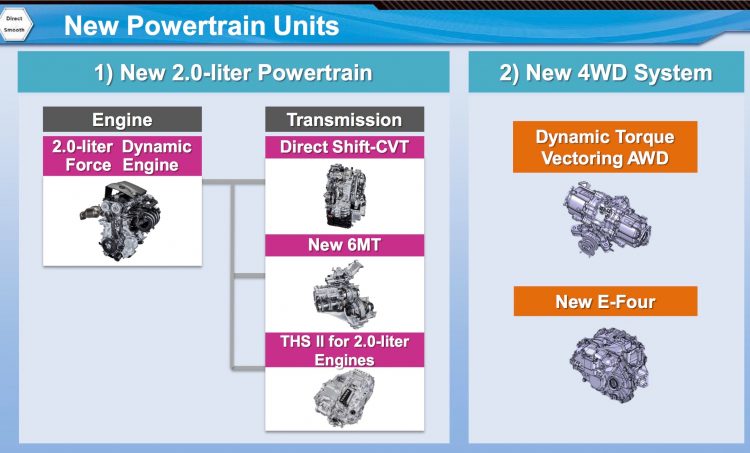 Lastly, Toyota has designed two new all-wheel drive systems, including an E-Four 4WD setup that uses an electric motor for the rear axle. This latter setup will be reserved for hybrid models. Meanwhile the regular 4WD unit adopts a clever Dynamic Torque Vectoring technology which promises not only improved fuel efficiency but also handling and stability, and off-road performance.

These systems are designed for the Toyota New Generation Architecture and are set to be introduced in a range of vehicles in the near future. As previously announced, Toyota is aiming to offer electric or electric-assisted engine options for all of its vehicles by 2025. We’re sure more details will be revealed with the new Corolla on March 6. Check out the videos below for more detail on how it all works.