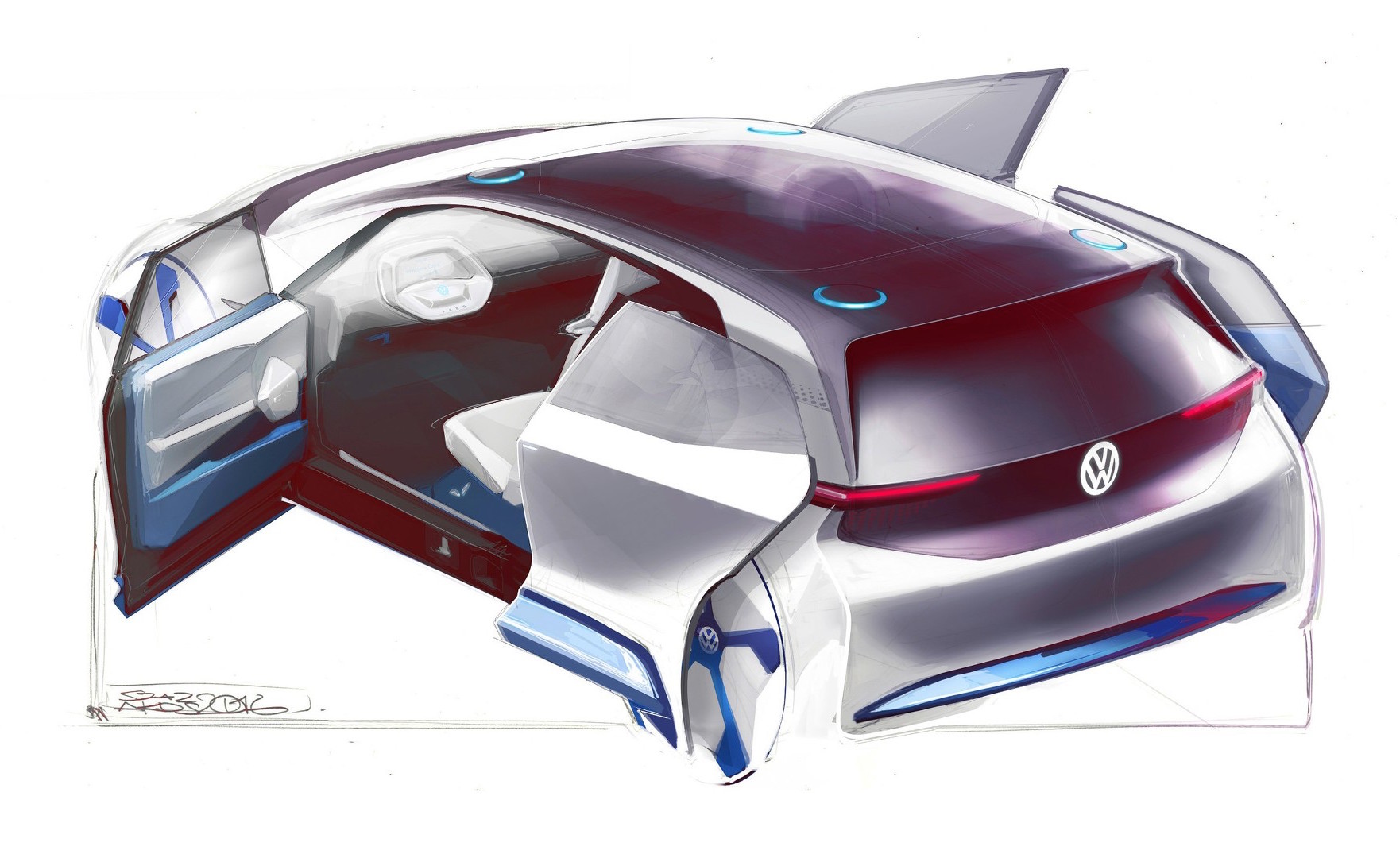 Volkswagen has released some design sketches of its upcoming electric vehicle to build excitement for the debut in just a few days at the Paris Motor show. 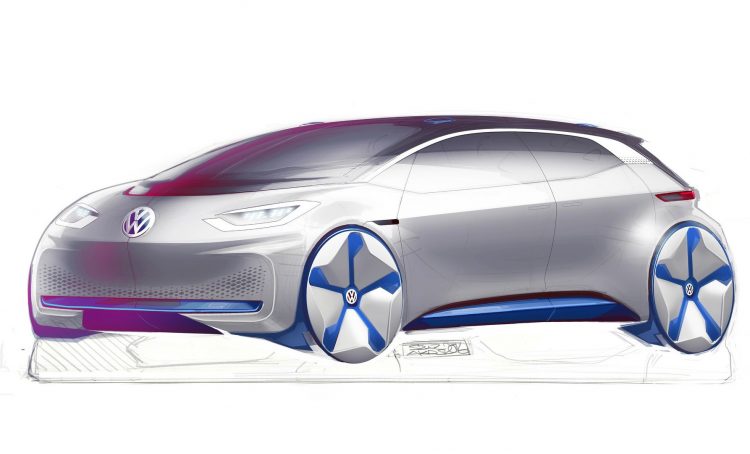 While the sketches are quite simple, they do tease radical new engineering features like the sliding door design, similar to that on people movers, as well as a large sloping-glass roof cornered by whatever those four blue circles turn out to be.

We can also see LED lights at the front and OLED taillights which featured in the computer images of the concept released by Volkswagen last week. The design sketches originate from VW’s design department in Wolfsburg, Germany.

The concept, which at this point remains unnamed, has been billed by Volkswagen officials to be similar to the Passat in terms of interior space, despite having the dimensions of the Golf, which measures 4260mm in length, 1450mm in height and 1790mm in width. The space efficiency is set to be thanks to an all-new platform. 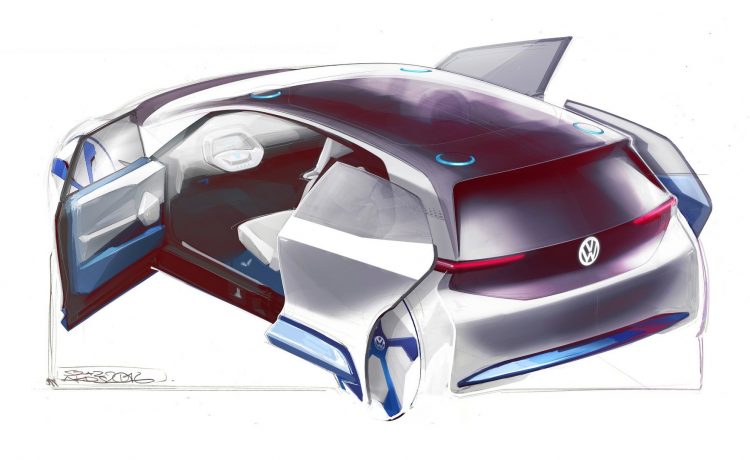 The production version of the concept will ride on Volkswagen’s new modular electric platform architecture, codenamed MEB (Modularen Elektrik Baukasten), which will underpin the majority of VW’s electric vehicles in the future. We also learnt recently that Volkswagen had previewed a battery pack providing a range of between 400-600 km.

Volkswagen hasn’t confirmed much more at this point but assures us that the EV will be “as revolutionary as the Beetle was seven decades ago, before it evolved into the world’s best-selling car of the last century”.

The company has announced plans to introduce 30 electric-powered vehicles by 2025, hoping to have hit the one-million unit mark by the same year. 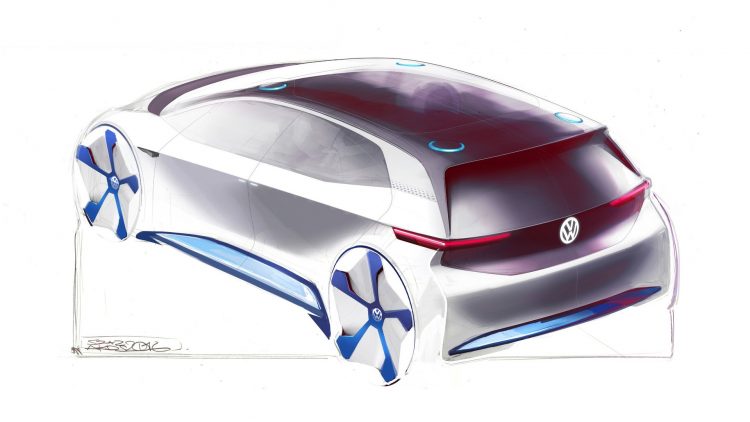