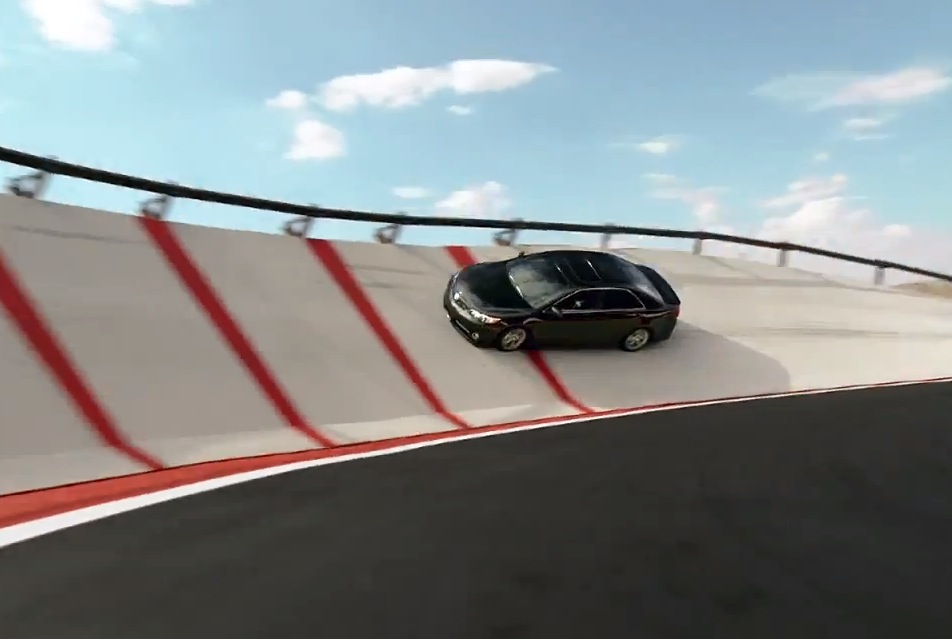 In an effort to wipe some of the conservative, characterless personality traits away from the Toyota Camry, the company has released a somewhat creative new marketing campaign. The campaign sees the Camry being used to provide a thrill ride to passengers by taking them on a roller coaster of a drive.