Hyundai has unveiled a cool new concept car at the 2013 North American International Auto Show in Detroit. Called the Hyundai HCD-14, the concept gives us a preview of the next-generation Genesis. 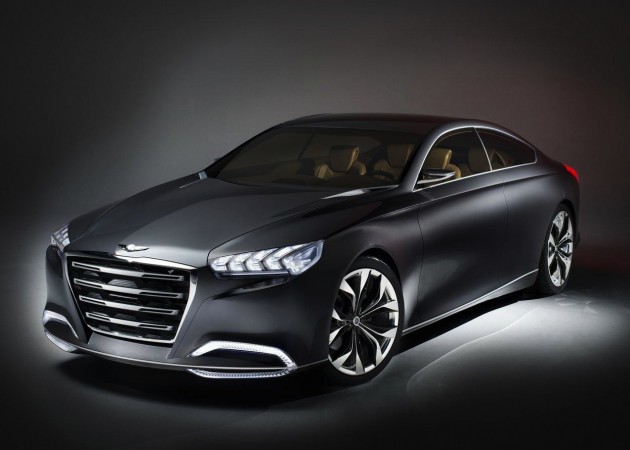 Hyundai has previously confirmed it is planning to introduce the next-gen Genesis Coupe in Australia during 2014-2015. If it looks anything like this HCD-14 concept, it is sure to be a standout in its class. In concept form at least, highlights include reverse-swinging rear doors, an extremely low-profile swooping body design, and a high-tech interior filled with gadgets and futuristic contours.

From the front the concept shows off a very large and upright grille, with high-tech LED headlights dropped back for a pouncing sporty look. Inspiration does appear to come from other great designs in the auto industry, with hints of Audi and Peugeot at the front, and some BMW down the sides. 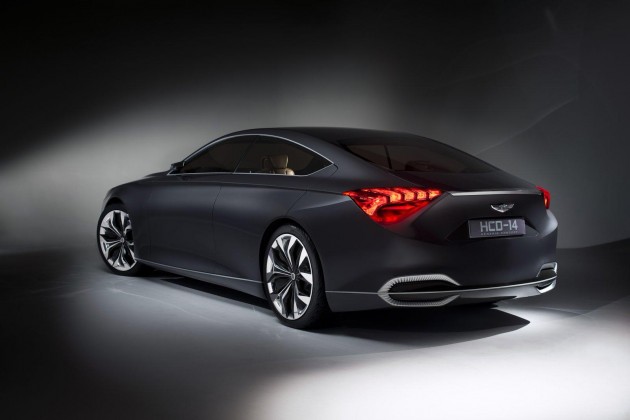 Inside, the HCD-14 showcases a brilliantly modern design theme with a neat fusion of technology and comfort. The interior is full of cutting-edge technology which is all hidden away for a clean look. Innovative functions include an interactive 3D gesture recognition system, capable of monitoring a driver’s movements and behaviour, as well as a large head-up display for all the important telemetry.

As for performance, the HCD-14 concept uses the company’s 5.0-litre naturally aspirated ‘Tau’ V8 with direct injection. Power figures haven’t been mentioned, however, the unit currently produces up to 294kW in some overseas models. It’s matched up to an eight-speed automatic transmission, feeding into a rear-wheel drive layout. 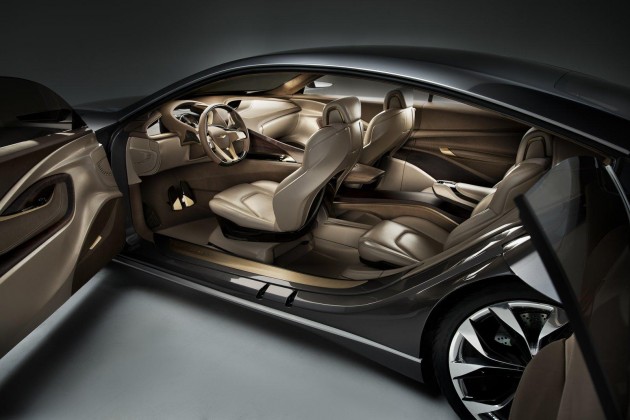 According to reports, Hyundai Australia is considering introducing not only the next-gen Genesis Coupe, but the V6 and V8 sedan as well. It’s possible the sedan version may actually launch Down Under a touch sooner than the Coupe, which is expected in late-2014/early-2015. Being a large rear-wheel drive sedan with V6 and V8 engine options, the Genesis sedan would go right up against the Ford Falcon and Holden Commodore.