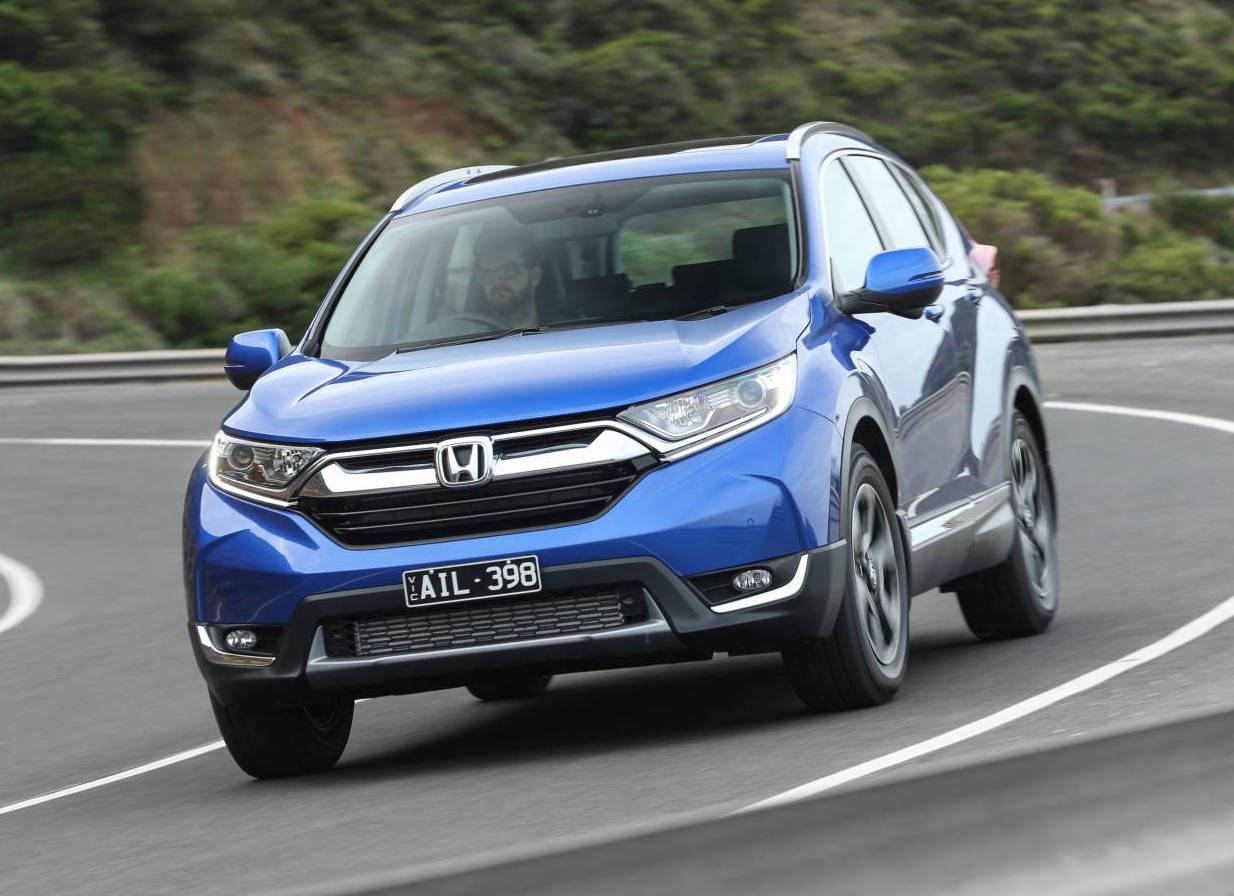 The first half of 2018 is over and the car industry is seeing some big changes in vehicle choice and popularity among buyers (see our June 2018 VFACTS report for more). The SUV market is easily the fastest-growing segment in Australia, so we’d thought we take a look over the top 10 best-selling SUVs in the country for the first half of the year. 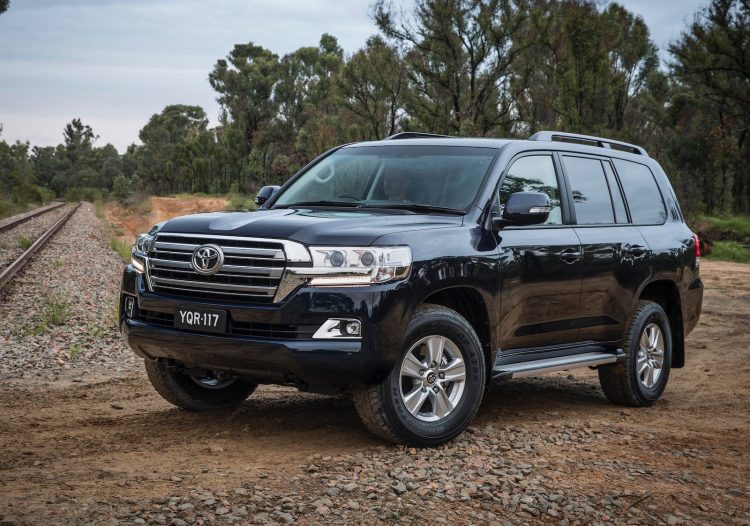 Yes, it’s the go-anywhere Toyota LandCruiser that kicks off the top 10 best-sellers list. Despite its high starting price of $78,261 for the bare-bones 200 Series GX, or from $63,740 for the 70 Series WorkMate wagon, Australians can’t get enough of this huge and hugely capable beast of an SUV. We suspect the GXL and VX models make up most of the numbers. The current-gen model has been on sale now since 2007, with a few facelifts along the way. The next-gen 300 Series isn’t set to arrive until later in 2019 or early-2020, and it is tipped to move to an all-new platform. 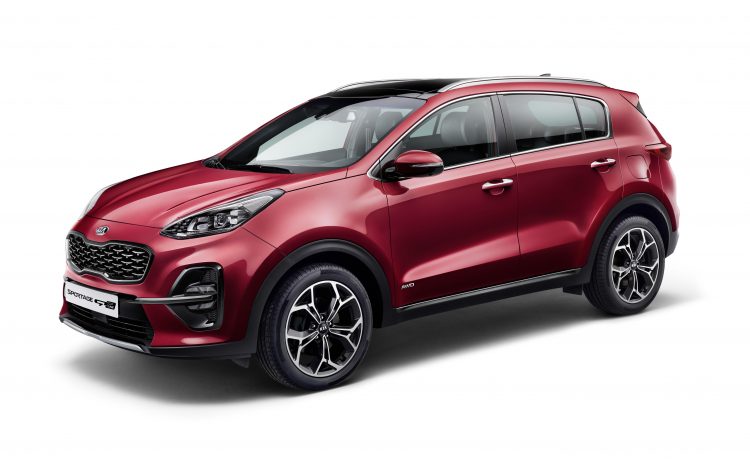 Competing in the most popular SUV segment, and one of the most popular vehicle classes overall, the Sportage is pitched as a sporty, Euro-designed proposition with value for money and packaging as its key artillery. Kia released the latest generation model in 2015, and since it has revealed the 2019 facelift (pictured above). The new model introduces a mild hybrid diesel option and a range of design tweaks. Kia Australia is yet to confirm local specifications, but the update is set to arrive some time this month. It’s understood the mild hybrid unit won’t be offered here. 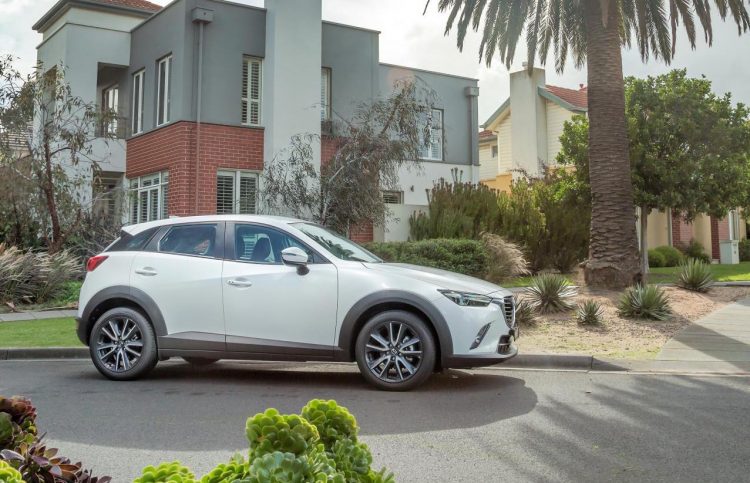 Mazda’s junior SUV is easily one of the nicest-looking options in the class, we reckon. At the front it carries a superb version of Mazda’s pouncing Kodo design language, with a sporty lower bumper bar making it appear more sports wagon than SUV. Mazda offers a range of engines and trim levels, and the interior outshines the class in terms of styling, material choice, and build quality in our opinion. The current, first-gen model has been around since 2015, which is perhaps reflected in the slight dip in sales. It’s also one of the smallest offerings in the class against an ever-growing rival set. 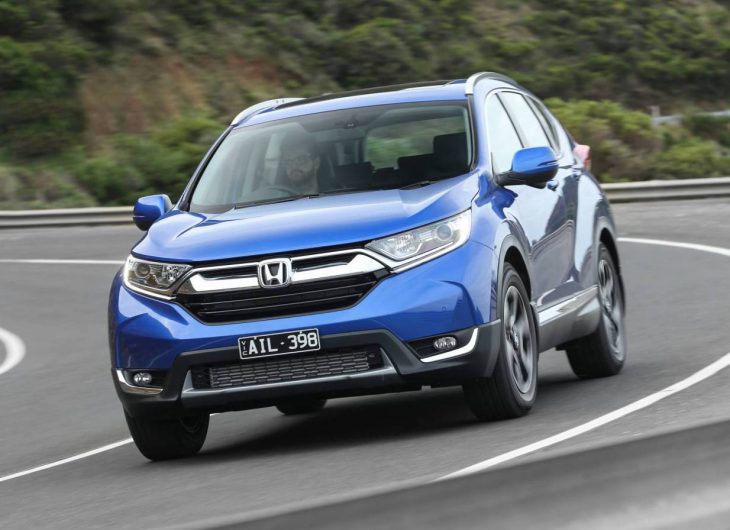 The new model CR-V is one of our favourite new vehicles. Yes, it’s not all that fast or sporty. But for a weekday vehicle that’s practical, comfortable, and economical, Honda has done an outstanding job with the latest model. The interior is very cleverly packaged without being complex or intimidating, and the sheer room inside does leave some rivals shaking in their boots. Although matched to a boring CVT auto transmission, the new 1.5L turbo engine is surprisingly zippy, with 140kW on tap, and very economical. Honda Australia is experiencing a massive jump in sales compared with last year, but this is mainly due to the transition from the previous model. 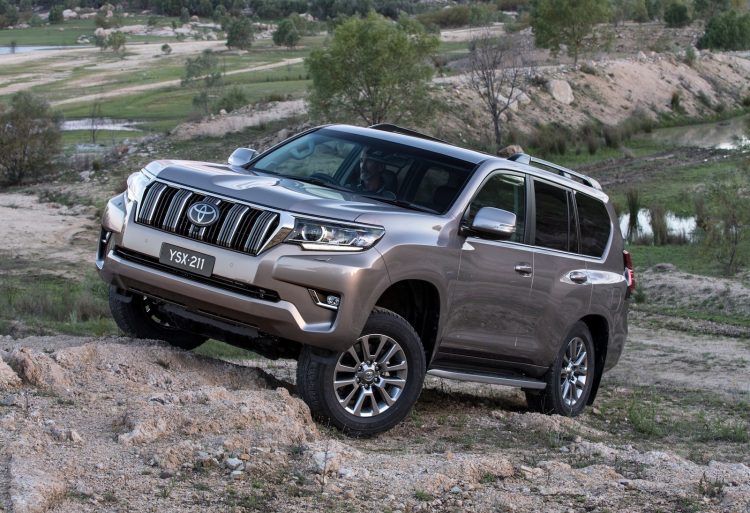 The fact that sales are still increasing on such a mainstay product is a true testament to the Prado’s dependability. It is very in-tune with customer demands in Australia. Although it might not be ideal for inner-city motorists, with its large proportions and heavy-duty running gear, this is one of the most ideal pieces of transport for big families who live in the greater suburbs, and, more fittingly, rural areas. It’s massive inside, with plenty of easy-to-function features, and everything feels as though it will last for decades. Toyota only recently introduced a facelift for the Prado, which is no doubt helping to perpetuate the sales success. 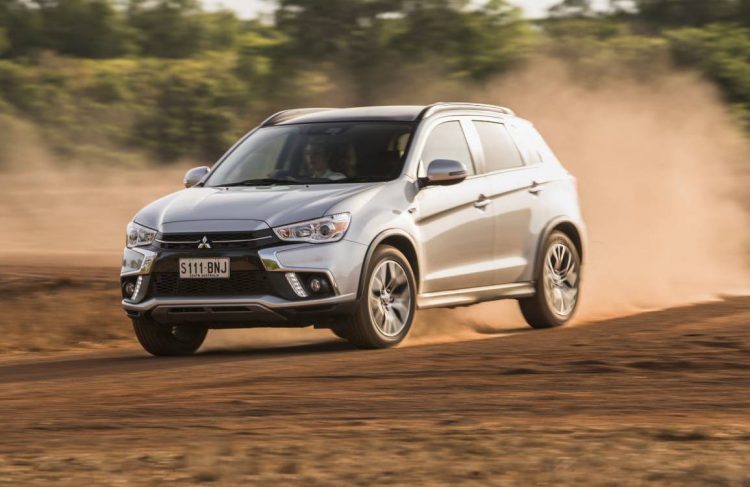 Here’s a vehicle that shouldn’t technically be doing so well. It’s been around for years in virtually the same spec. The interior is rather bland, and the technology presented doesn’t exactly blow the competition out of the water. However, Australians (and maybe fleet buyers) love the sheer practicality of the ASX. It is one of the easiest vehicles to drive, and all controls inside are exactly where you’d expect them to be. The interior is also one of the largest environments in its class. This is an approachable and friendly vehicle for the masses. 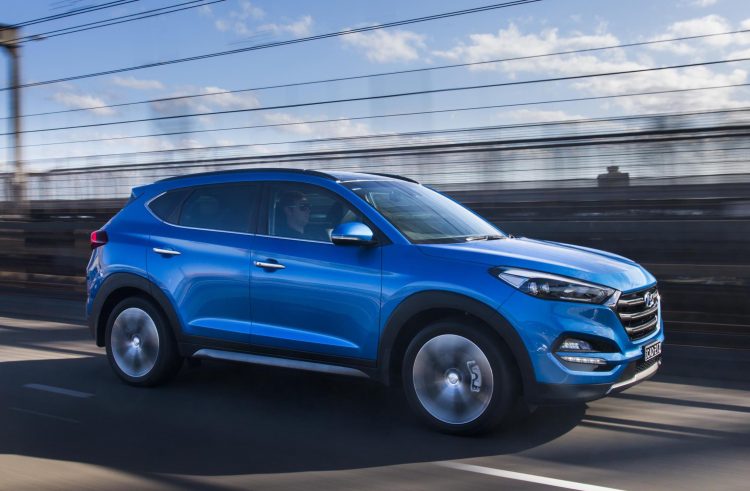 Now we’re getting into the serious end of the market. Since its introduction in Australia in 2015, the Tucson has been a very hot seller. And for good reason. It showcases a chic design fronted by Hyundai’s ‘cascading’ grille, with plenty of premium touches such as brushed aluminium-style trimmings. Inside you’ll find a roomy seating arrangement with plenty of storage options, and a great touch-screen interface for all of the on-board media. Users can sync their phones via Apple CarPlay and Android Auto, and, if you go for the top Highlander version, passengers are treated to a huge panoramic glass roof. The updated 2019 model year version is expected to arrive here later this year. 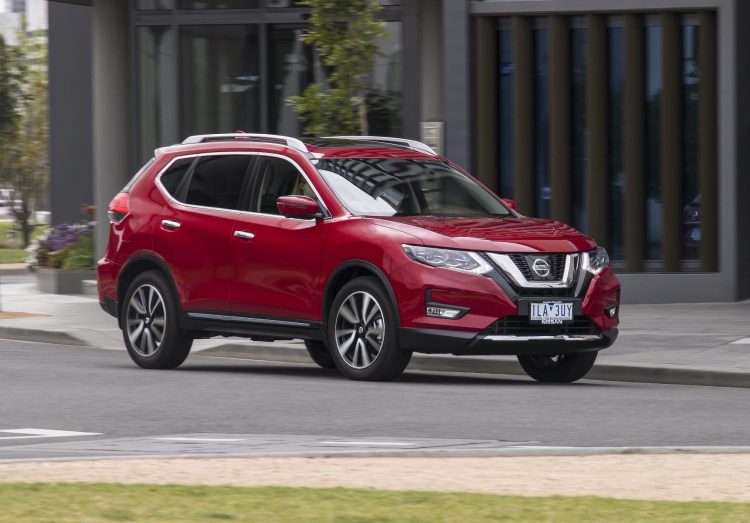 The X-Trail is one of those vehicles that gets on with its job. It doesn’t make a big deal about what it does, and Nissan Australia’s marketing campaigns don’t exactly jam the nameplate down the general public’s neck. But, when buyers walk into dealerships and check out the specs, the pricing, and the sheer practicality on offer, they are obviously impressed. We can confirm, via our parent company’s subsidiaries FleetPlus and FleetPartners, that many fleet buyers are turning to the X-Trail because of these traits, and because of attractive pricing and servicing plans. Nissan Australia offers a 2.0L petrol, 2.5L petrol, and 2.0L turbo-diesel. 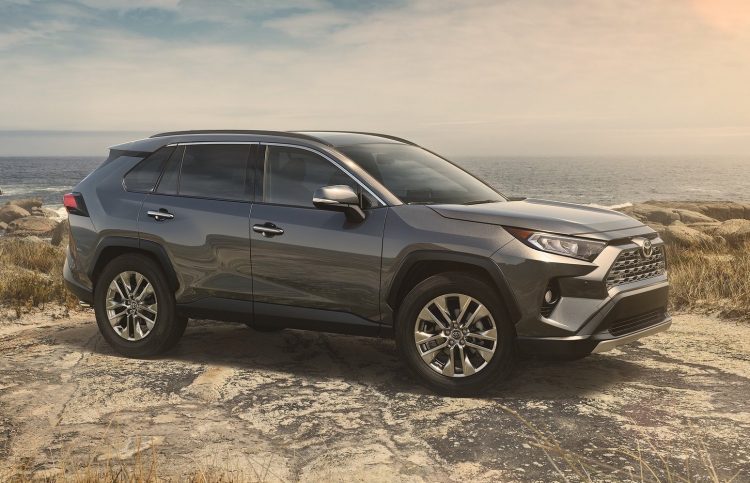 It’s one of the pioneers of the SUV vehicle style, first arriving on the scene way back in 1994 when they were simply called 4WDs or 4x4s. The latest model is on its last legs, in terms of generational life cycle, with an all-new model set to arrive in Australia early in 2019 (pictured above). For now, customers are drawn to the RAV4’s rugged dependability, easy-to-understand controls, and wide showroom range. Being a Toyota, it also has perhaps the best brand reliability history in the industry. For us, the RAV4 isn’t as soft or as relaxing as some of the rivals, but no doubt the RAV4 would probably outlast many when the going gets rough. 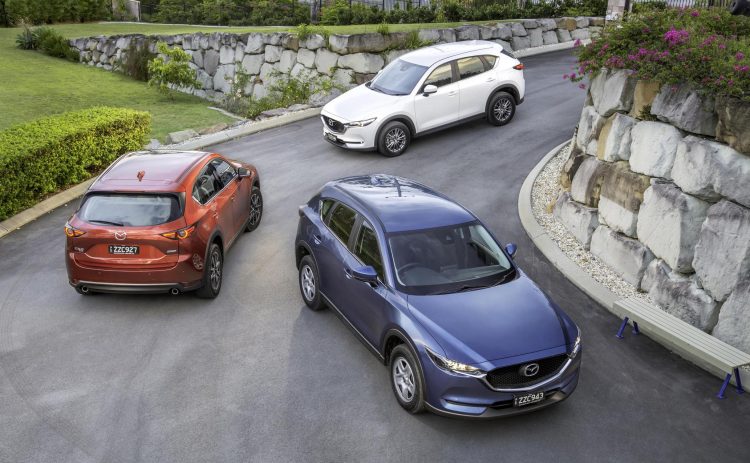 Yes, of course the Mazda CX-5 is number one among the top 10 best-selling SUVs in the country at the moment. It has been such an attractive proposition to customers ever since it debuted back in 2012. The local arm just announced an update which brings in a more powerful twin-turbo diesel option, producing 140kW and a strong 450Nm. Every model comes with the fantastic MZD Connect media interface, which is by far the best system in this class in our opinion. Meanwhile the handling, build quality, and ease of use is also up at the top of the class. We love the sporty steering wheel, and the classy interior design. The latest petrol engines are a bit harsh and noisey, but Mazda’s clever G-Vectoring technology makes the CX-5 one of the nicest drives you’ll find in this space.

It’s clear to see the medium SUV class is the most popular among premium SUV buyers, with the top five best-sellers all competing in the same segment. BMW dominates premium SUVs for the first half of 2018 in Australia, taking home the crown for the best-selling small, medium and large SUV categories. 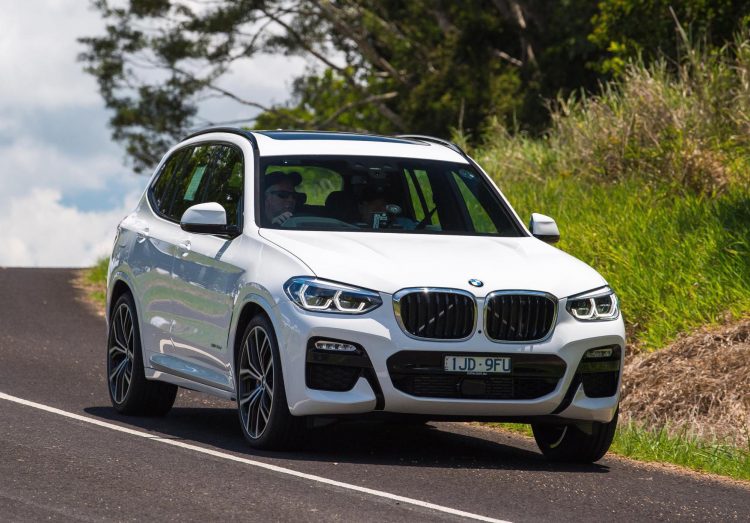