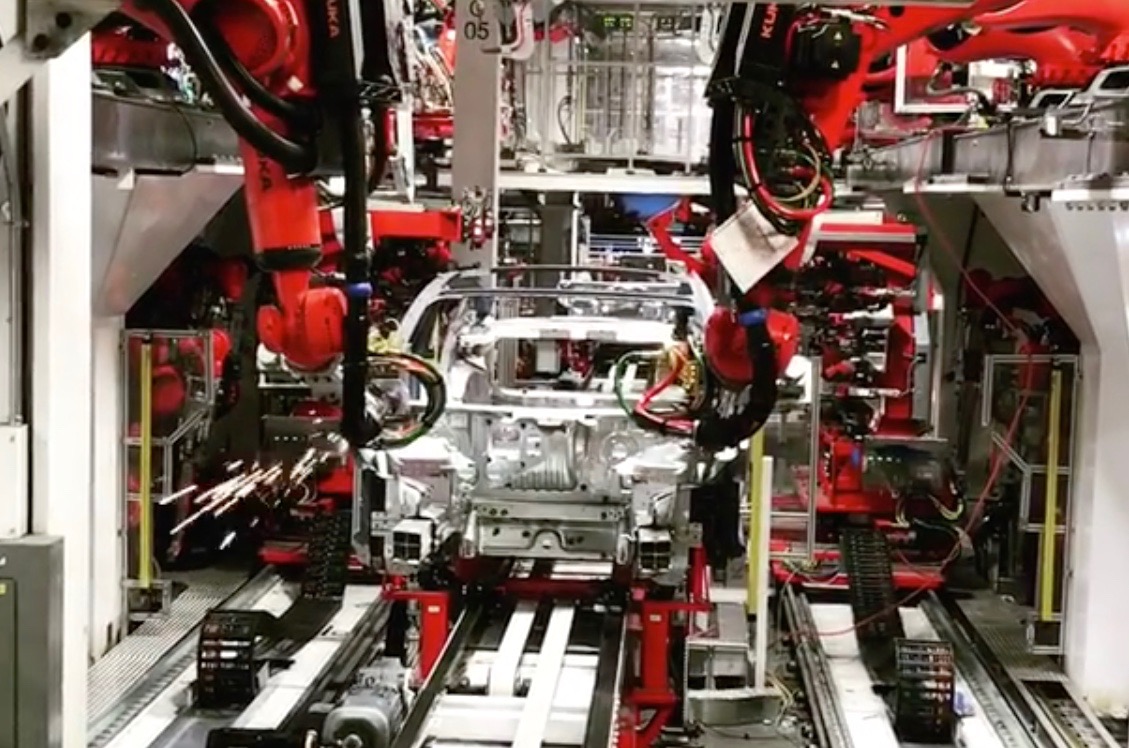 Production of the Tesla Model 3 is now well underway, with company boss Elon Musk using Instagram to send out a video showing the anticipated car during manufacturing. 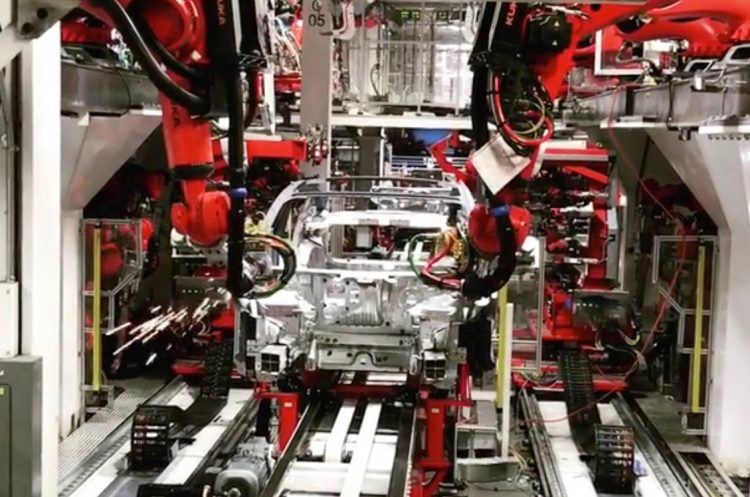 The video shows the Model 3 on the body production line with robots working at 1/10th of their potential speed. At the moment Tesla has more Model 3 orders than it can immediately fulfil, and this slow production could go some way into explaining the hold up.

According to Elon Musk the production isn’t running at full speed because Tesla is watching build consistency, and, we guess, if something isn’t right human intervention can jump in and solve any issues. As Tesla hasn’t been building cars for all that long, compared with other car manufacturers, this is probably a good step to take. 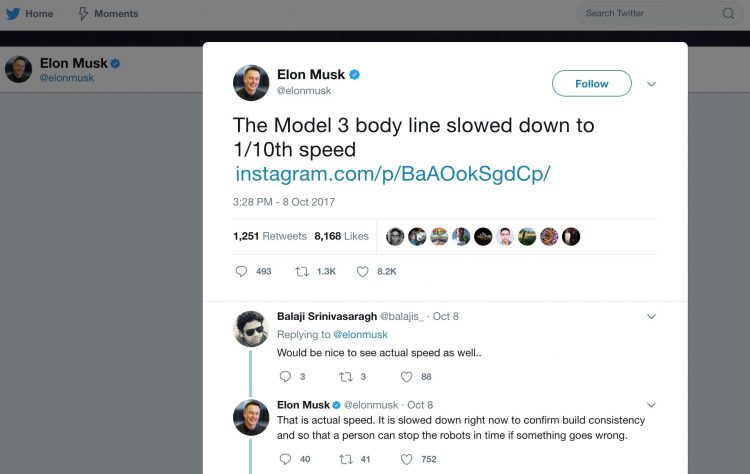 During the third quarter of this year Tesla shipped 26,150 vehicles to their new owners. Just 220 of these were made up of the Model 3. This is well short of Musk’s earlier target of growing production from 100 in August to 1500 or more in September. Tesla is aiming to produce around 10,000 Model 3s per week by some point in 2018.

Tesla says it understands the issues with production delays and it is confident it can solve bottlenecks it is experiencing with manufacturing of the Model 3. In a statement earlier this month, it said:

“It is important to emphasise that there are no fundamental issues with the Model 3 production or supply chain. We understand what needs to be fixed and we are confident of addressing the manufacturing bottleneck issues in the near-term.”

According to the Tesla website right-hand drive production isn’t set to begin until 2019, which means Australians will have to wait some time yet before receiving their orders. Delivery priority starts with Tesla employees, then existing Tesla owners, and then order reservation holders.

The Model 3 body line slowed down to 1/10th speed