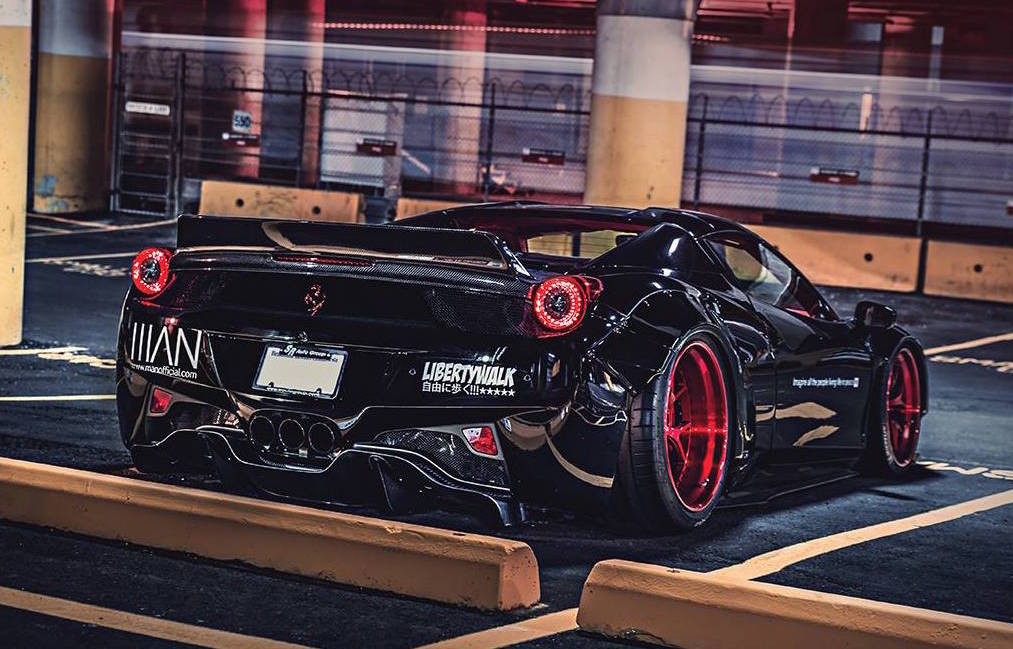 Are you a bit worried that your Ferrari 458 Spider doesn’t stand out enough? Maybe you need some inspiration from this wild Liberty Walk project. 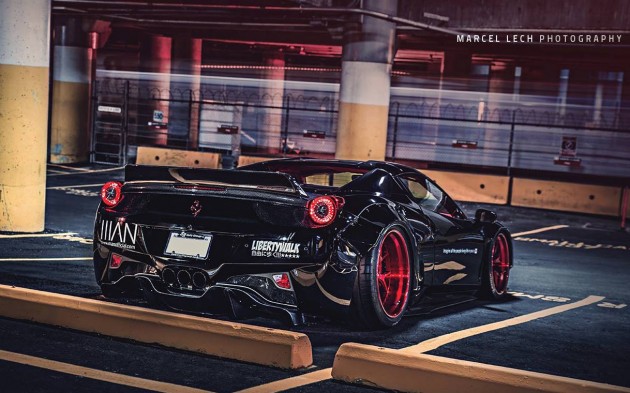 It’s a Ferrari 458 Spider underneath, but the Japanese tuning company has completely restyled the body so it now takes on a much more intense character and enhanced street presence.

At the front there’s a new bumper bar and spoiler system, meshed in with some heavily bolstered wheel arches, pop-riveted/screwed on of course, while the sides showcase some racing-like skirts made from carbon fibre.

Around at the back is a huge lip wing made from carbon which extends off a modified deck section. The rear haunches are also swelling thanks to old-school wheel arch flares.

If that’s not enough, the body is coated in an oozing glossy black theme and the suspension is slammed over some PUR wheels. Not happy with the black theme the wheels are coated in Candy Apple Red for some racy contrast.

As we said, if you want to stand out in a crowd – or car park – this is one surefire way to go about it. Liberty Walk is now famous for developing outrageous bodykits for similarly outrageous production cars, such as Lamborghini’s finest, the Nissan GT-R, and Ferraris and Porsche 911s and the like. This one would have to take the cake as one of the most visually intense. 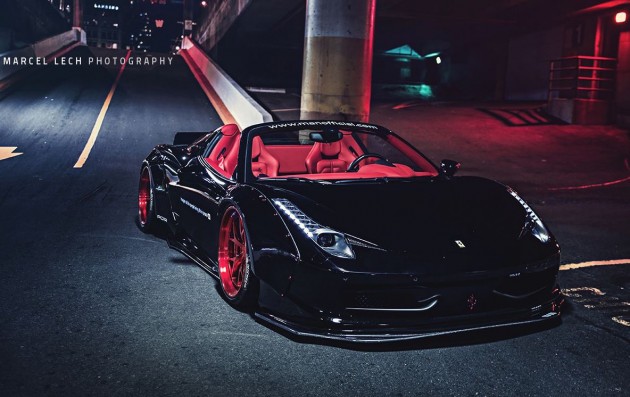 It’s unknown if there are any under-bonnet enhancements, but given the standard V8 already dishes out 419kW, it’s probably not a major concern for the tuner/owner. What do you think of it?