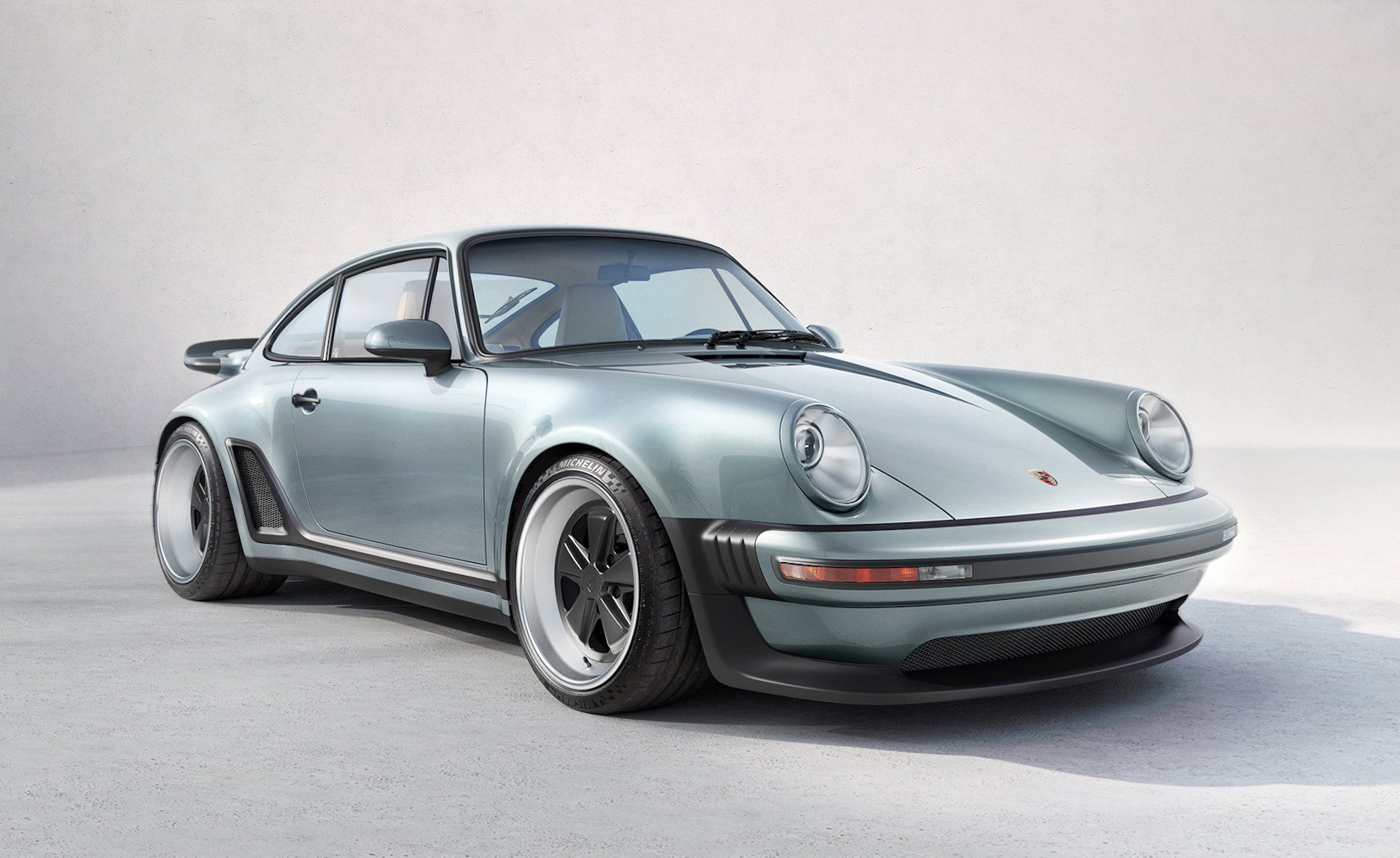 Hope you’re wearing a bib, because your mouth won’t stop watering after you get a look at what Singer Design has come up with for the 964 Porsche 911 Turbo. 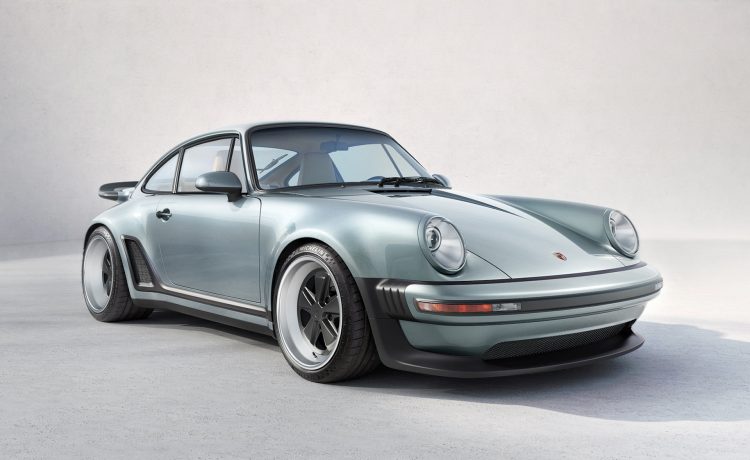 Yep, the Californian restoration and customisation company has turned its attention away from its renowned naturally aspirated classic 930-based 911 projects, and showed us what it can do for the Turbo nameplate.

Starting with the 964 911 Turbo from the early 1990s, Singer Design has stripped it back and applied its iconic 930 style. That includes a full carbon fibre body – painted in Wolf Blue in the case of this show car – with a whaletail wing at the back. 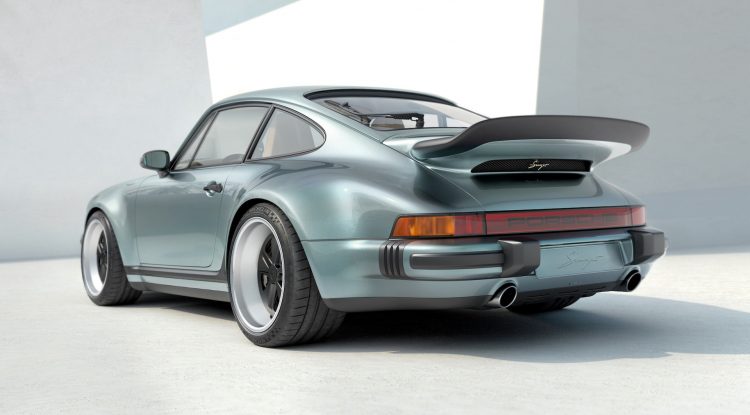 Take a closer look and you’ll notice the awesome intake vents sculpted into the bodywork, just in front of the rear wheels in place of the original ‘shark fin’ stone guards. These provide cool air for the engine and to aid cooling.

Speaking of the engine, it’s based on the legendary ‘Mezger’ flat-six series, designed by Hans Mezger – the Porsche engineer responsible for the epic TAG-Porsche engine made for McLaren F1 in the early 1980s, among many other 911 road car engines. 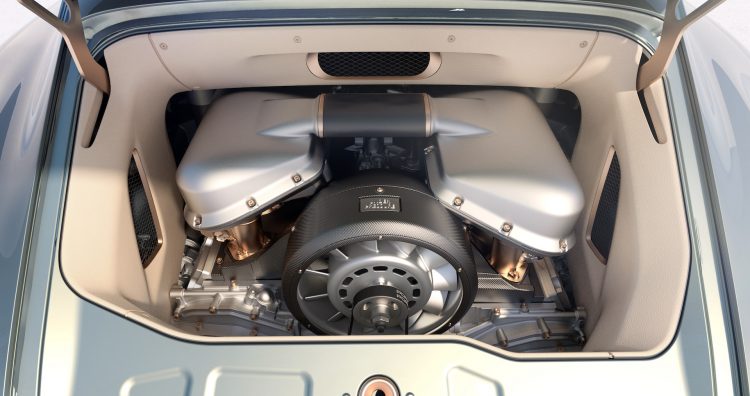 The engine remains air-cooled and stands at 3.8 litres. Pressurised by twin-turbochargers, Singer says the engine offers outputs “starting at” 450hp (336kW). That’s more than the later 964 911 Turbo models, which produced 265kW, or up to 283kW in late Turbo S form with the 3.6L unit.

Singer has kept the powertrain design as rear-wheel drive, and incorporated a six-speed manual transmission for pure driving engagement. There’s no mention of acceleration figures or top speed, but the company says it can specify orders to suit customer requests. 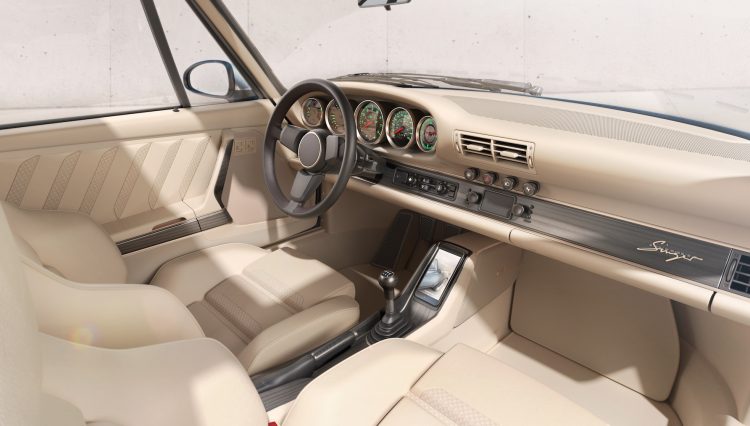 Other highlights include big brakes to suit the turbo layout, with optional carbon ceramic items, as well as power and heated front seats, air-conditioning, and available all-wheel drive at the customer’s request. The cabin is an exquisite showcase of hand-crafted luxury and attention to detail, that’s both modern yet classic in character.

The project is described as the “Turbo Study” for the moment, but the company will open the project up to customer orders. Prices will depend on specifications and options.