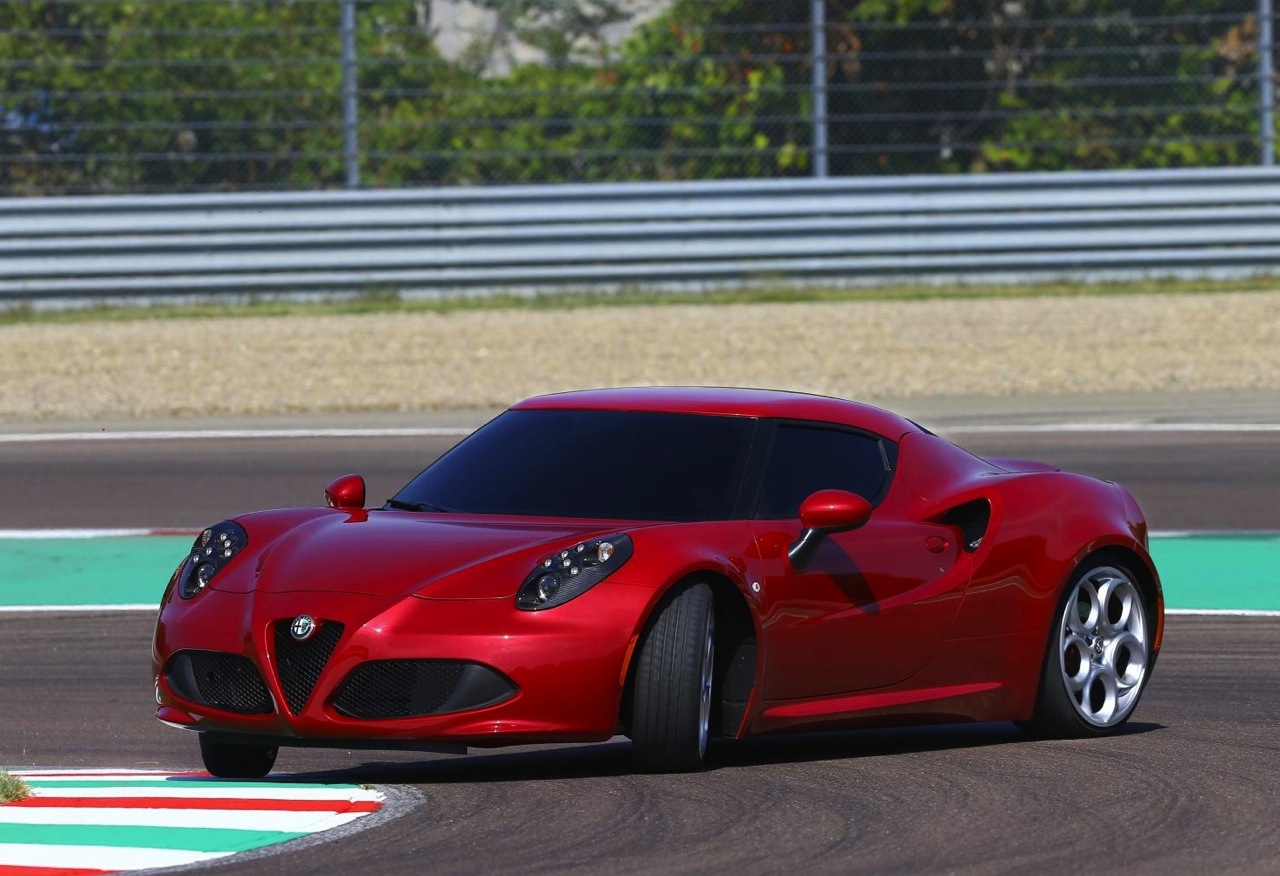 Alfa Romeo’s upcoming 4C sports car is anticipated to be one of the best driver’s cars to arrive this year, sporting a lightweight body, rear-wheel drive, and cracking turbo performance. 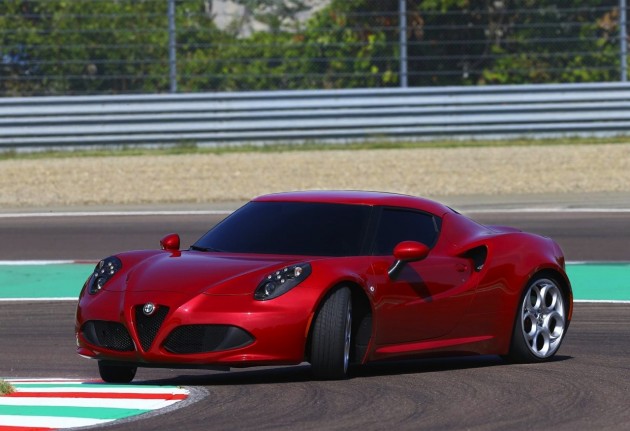 The Italian company is getting ready for next month’s official European launch, and to gear things up, various details on options and specifications have been released.

As we already know, the 4C is powered by a 1.75-litre turbocharged four-cylinder engine producing 177kW and 350Nm. It’s matched up to a dual-clutch auto transmission feeding power to the rear wheels.

Acceleration from 0-100km/h is done and dusted in just 4.5 seconds, while the top speed is 258km/h. Most of this performance is thanks to an extremely low kerb weight of just 895kg.

The chassis is a carbon fibre monocoque type which weighs just 65kg alone. It’s also made up of lots of aluminium, sheet moulding compound and PUR-RIM (injected polyurethane) components, and it comes with special lightweight windows. 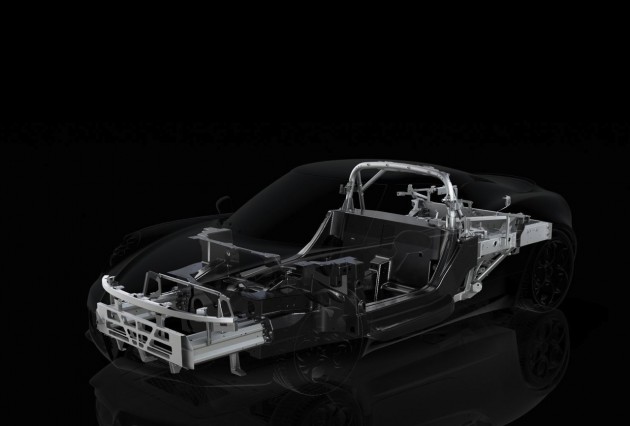 “Extraordinary performance, unique handling, extreme aerodynamics and design that takes up the stylistic features of the Alfa Romeo tradition.

“This in brief is the new Alfa Romeo 4C, a driving machine without compromise that beckons drivers to take to the road or track to experience the thrill of driving it.”

As for options – potential Australian details are yet to be confirmed – the 4C will be offered with a range of accessories from parent company Chrysler and its performance arm Mopar. Options include various carbon fibre trimmings such as a rear spoiler, side mirrors, interior inlays, and headlight surrounds.

Mechanically, a set of 19-inch alloy wheels will be offered, as well as a racing exhaust system, racing suspension, and black, red, or yellow brake calipers.

Alfa is planning to build around 3500 examples per year. It’s still unconfirmed at this stage if the 4C will ever make it to Australia. The last we heard the local company was interested but was still assessing a potential project for the local market.

Prices in the UK will start at £45,000, which is slightly more expensive than a Porsche Cayman.

Click play below for an early driving impression by F1 driver Giancarlo Fisichella.