Chrysler is planning to make a big scene at the upcoming 2012 SEMA Show in Las Vegas with a range of customised, accessorised, and optioned up Chrysler, Dodge and Jeep vehicles. 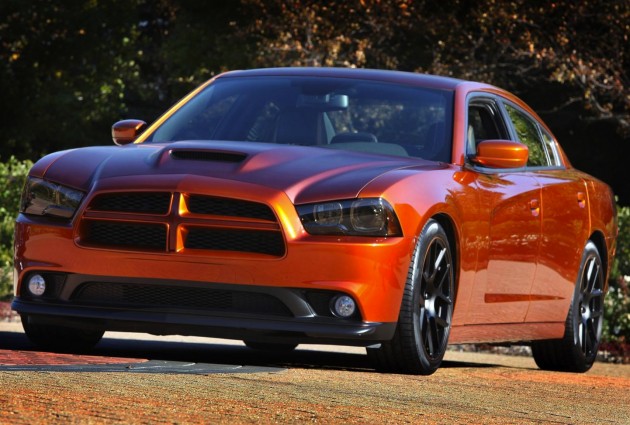 The highlight of which, we think, is a Dodge Charger called ‘Charger Juiced’ featuring an 8.4-litre V10 engine borrowed from the SRT Viper. It produces 485kW, and comes equipped with a unique bodykit with an aggressively vented bonnet, 20-inch alloy wheels, while inside gets ‘Copperhead’ trim with two-tone sports seats. 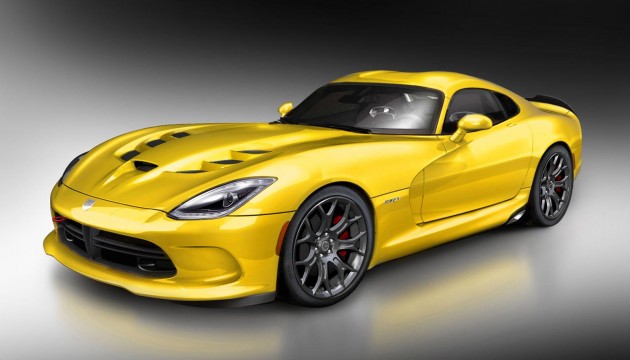 Another highlight on the stands will be an SRT Viper featuring a unique yellow and black colour scheme. Working in with the theme is a carbon fibre bonnet, black front grilles and other carbon trimmings, while inside gets Sabelt seats and harnesses, as well as a billet aluminium gear knob and pedals. 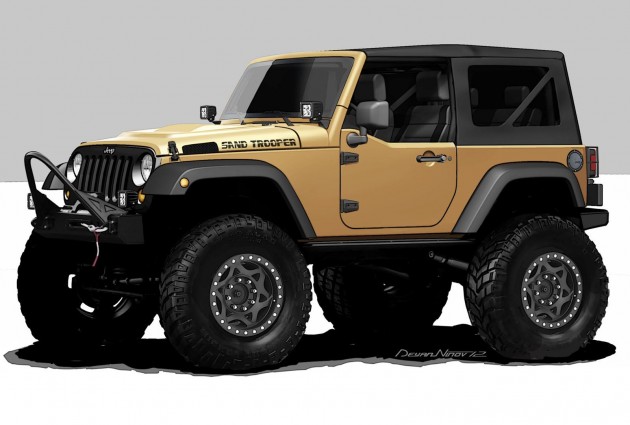 For the off-road performance enthusiast, Chrysler will also be showing of a fully kitted out Jeep Wrangler going by the name of the ‘Sand Trooper’. It features a 5.7-litre HEMI V8 engine churning out 280kW and 555Nm. The powerful unit turns huge 42-inch Super Swamper tyres, and breathes via a special vented bonnet. Inside also gets Katzkin leather seats, while the outside is coated in a ‘Dune-in-Matte’ colour scheme.

A unique ‘Urban Ram’ pickup truck will also join the lineup featuring a 392 HEMI V8, as well as a modified Chrysler 300, a carbon fibre Dodge Dart, and a Fiat 500 Beach Cruiser.

The 2012 SEMA Show will run from October 30 until November 2. Look forward to plenty of coverage on our front page during the event.