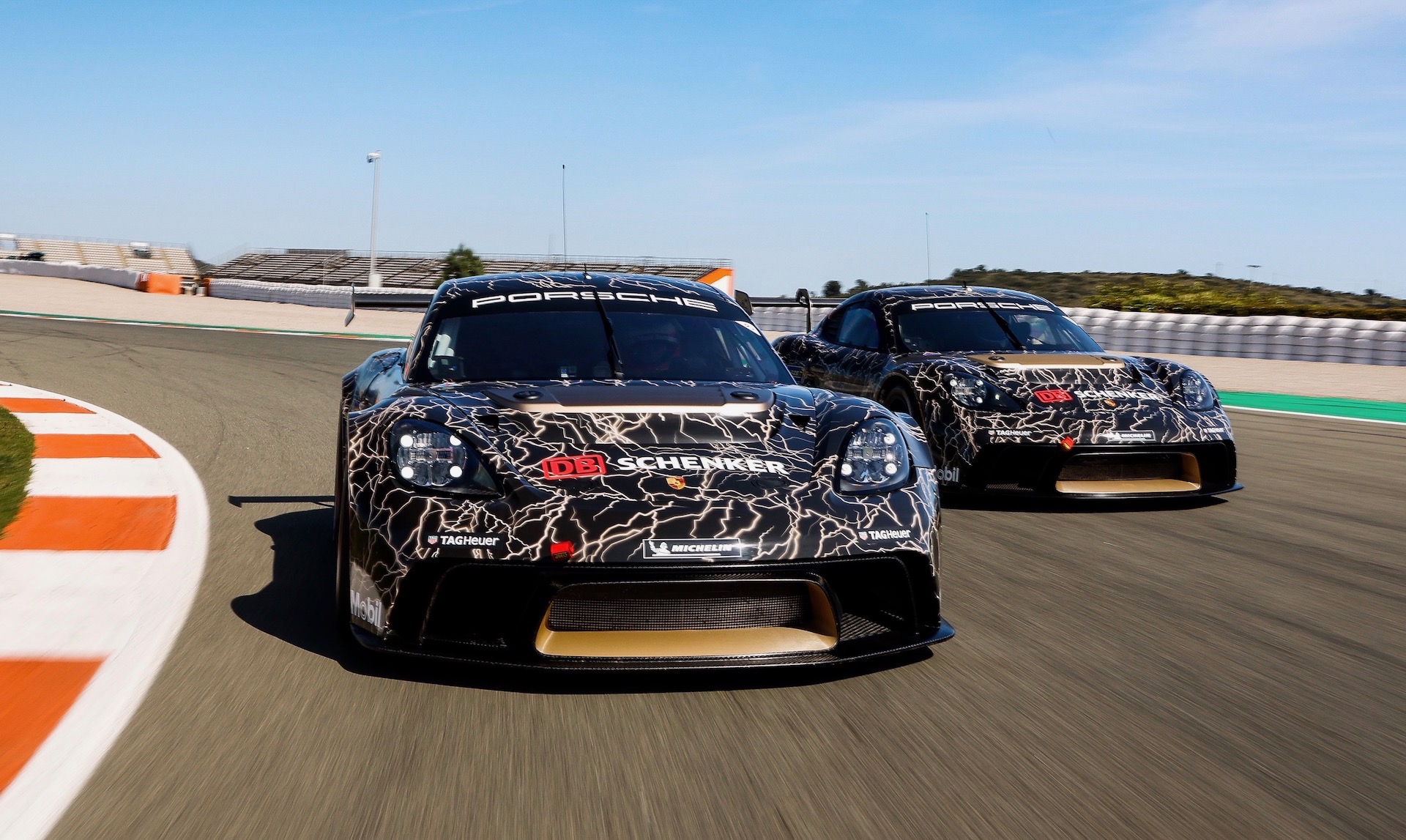 Porsche has announced it has been testing out an all-electric race car version of the 718 Cayman GT4 platform, codenamed the ePerformance, that hints at the high-powered future for factory customer racing products from Porsche. 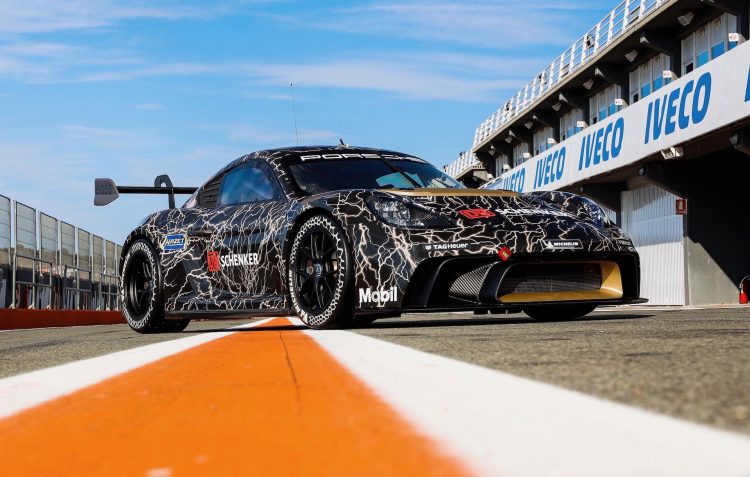 Under the 718 Cayman GT4 bodywork is an electric motor and battery infrastructure taken from the Mission R that offers a peak power output of 735kW in qualification mode, while race mode drops power to 450kW which is available for around 30 minutes of racing.

With electric motors over both the front and rear axle, the 718 ePerformance powers its 18-inch wheels wrapped in Michelin rubber in a high-powered, all-wheel drive configuration. Porsche says the 718 Cayman GT4 ePerformance has clocked lap times on par with the current 992-generation 911 GT3 Cup car.

While it’s based on the 718 Cayman GT4 Clubsport, around 6000 parts have been designed from scratch, and the prototype’s body is made from a mix of recycled carbon and natural fibres. 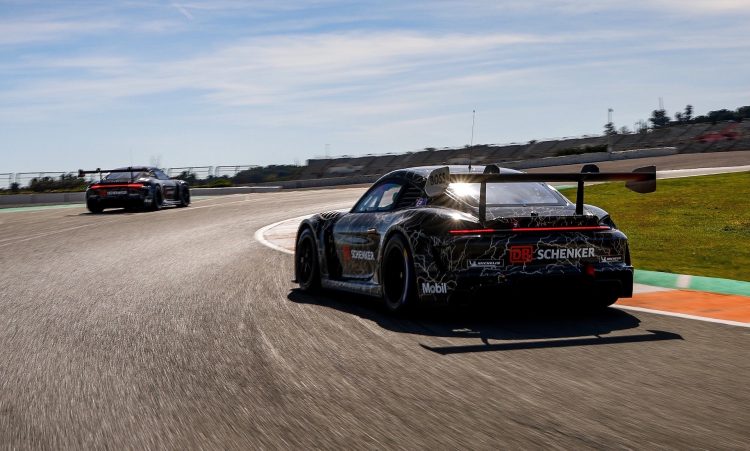 Porsche also says that the concept features 900-volt technology that can bring the battery from just 5 per cent to 80 per cent in around 15 minutes, while the pack itself receives an oil-cooled system to keep temperatures down.

The prototype is an important vehicle for Porsche. The company has previously announced plans to become carbon neutral by 2030, while hoping that over 80 per cent of its overall sales will be made up of battery electric vehicles by the same date. Matthias Scholz of Porsche’s GT division said:

“With the Mission R, we’ve shown how Porsche envisages sustainable customer motor racing in the future. The 718 Cayman GT4 ePerformance now demonstrates that this vision works impressively on the racetrack. We’re very excited about the response because a one-make cup with electric racing cars would be an important addition to our existing customer racing programme.”

The 718 Cayman GT4 ePerformance is set to make its official debut at the 2022 Goodwood Festival of Speed in late June, while a pair of prototypes will embark on a world tour well into next year to showcase Porsche’s growing electric portfolio.