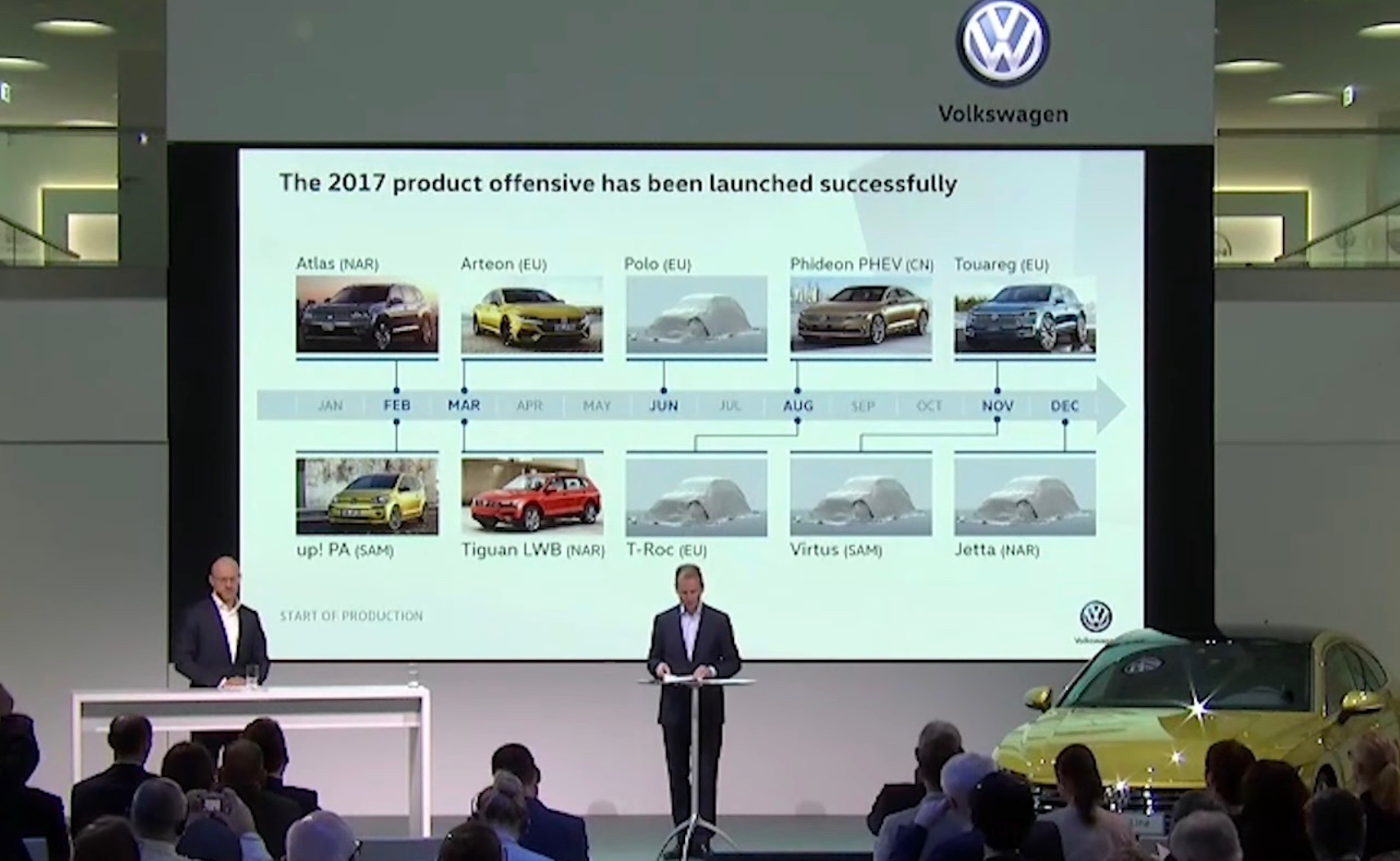 Future Volkswagens have been outlined in surprising detail at the inaugural 2017 Annual Session – an event which included the review of first quarter earnings and the 2016 financial year. 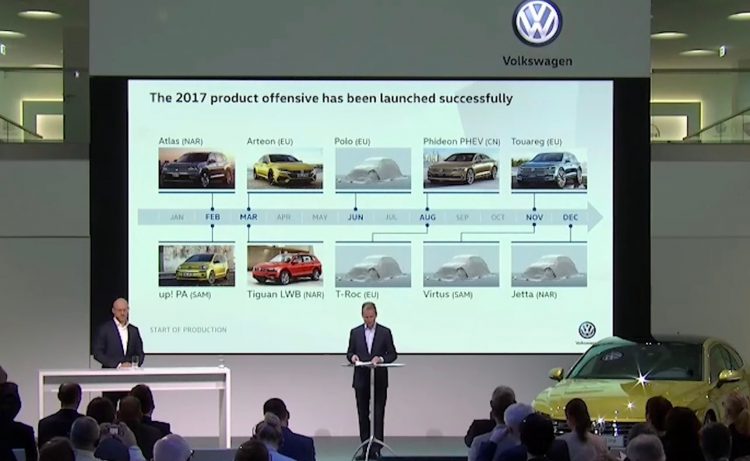 CEO Herbert Diess hosted the event, with signs of a post-dieselgate bounce back noted for the first quarter. It is on track to deliver ten per cent more revenue by the end of this year, which is also thanks to restructuring.

Future models outlined include 19 SUVs as well as a smattering of passenger cars. The latter include the all-new Polo to be revealed in June – the second vehicle on the MQB A0 architecture – and the South American Virtus sedan – the second region specific sedan after the sub four-metre Ameo of India – and a new Jetta by December.

The latter is expected to migrate from the PQ35 platform to the MQB platform of its Golf hatch brother. Typically the Jetta has been a booted Golf, with both cars in lock-step development-wise but recent iterations have a more budget focus, hence the retention of the older platform.

Future SUVs include the seven-seat Tiguan Allspace, T-Roc compact SUV reveal in August, and all-new Touareg in November. This is in addition to electric cars due further out, on the MEB electric architecture, as well as potential budget cars for India in a platform that may see VW developing cars off Tata‘s Advanced Modular Platform. You can view highlights of the annual session in the video below.