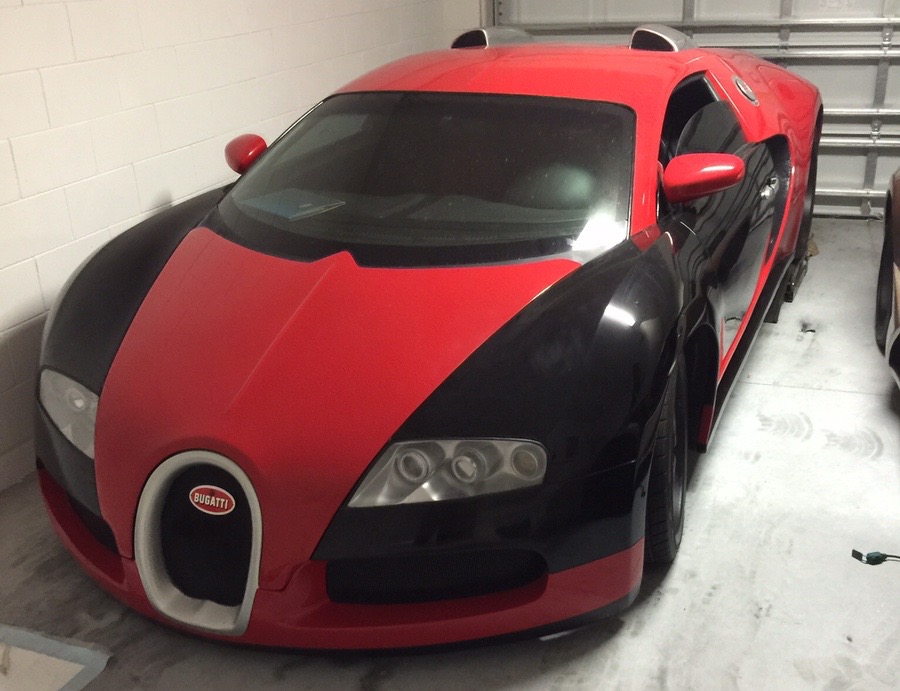 At a glance, this is just another ordinary Bugatti Veyron – the VW Group’s crown jewel – and the 16-cylinder low-flying jet that finally dethroned the all-conquering McLaren F1’s fastest production car title. 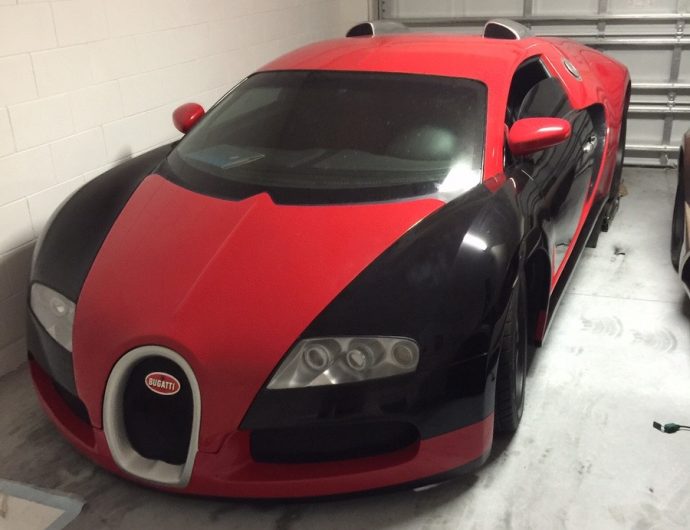 Closer inspection raises a few eyebrows, however. Notably, the Veyron never had a chunky four-spoke ’90s steering wheel, or plastic rotary HVAC switchgear. Also, something seems off about the proportions.

That’s because this is, in fact, a replica based on a 2002 Ford Cougar. That means it has 10 fewer cylinders, four fewer turbochargers, nine fewer radiators, and power is sent to just the front wheels instead of all four. The Cougar is not a bad base to start from, with both car’s sharing a roughly 2700mm wheelbase, but is 300mm longer (4700mm), 230mm narrower (1770mm) and 190mm taller (1330mm) than the hypercar it apes. Also, don’t expect 400km/h in this pretender. 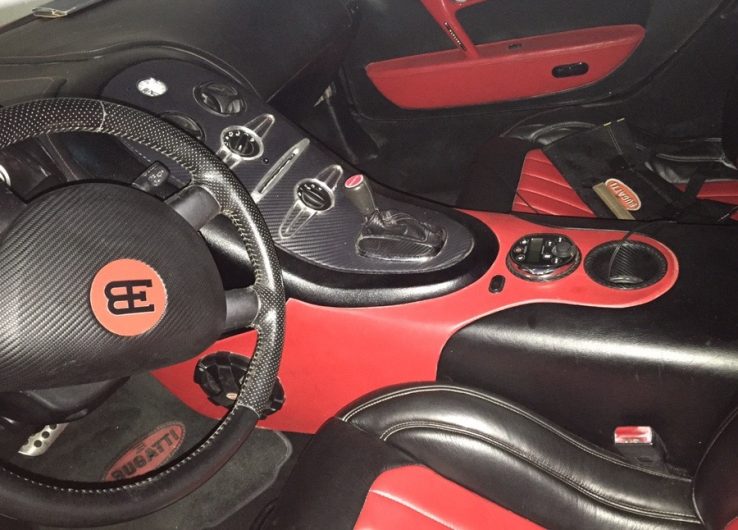 The good news is it isn’t asking a multi-million dollar price tag for the privilege. US$75,000 (AU$97K) is still rather steep for what is a 14-year old mass-market car. It’s gotta be said though, the interior and overall look is faithful to the Bug, with colour-coding and the overall look quite similar. At a glance you could still turn many heads. It would also be fun turning up to a Bugatti meeting or Concours event to see how long it takes to pick the imposter in the ranks.

Head over to the original eBay ad for more details. How ironic that the owner says at the bottom of the description, “no dreamers please.” 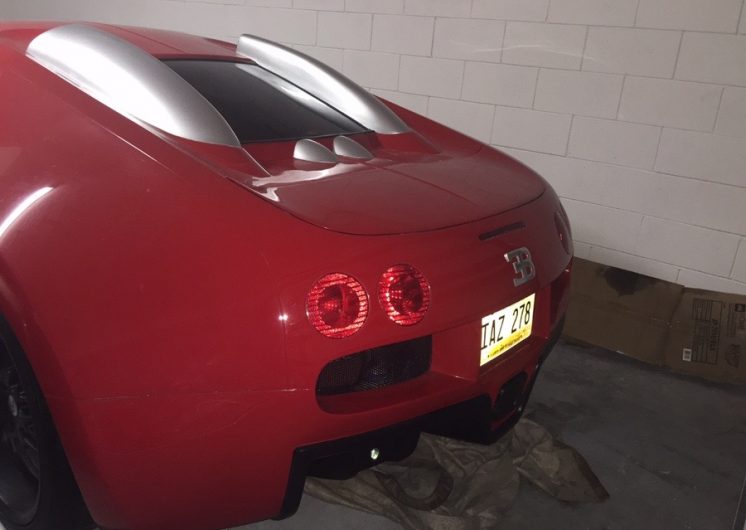