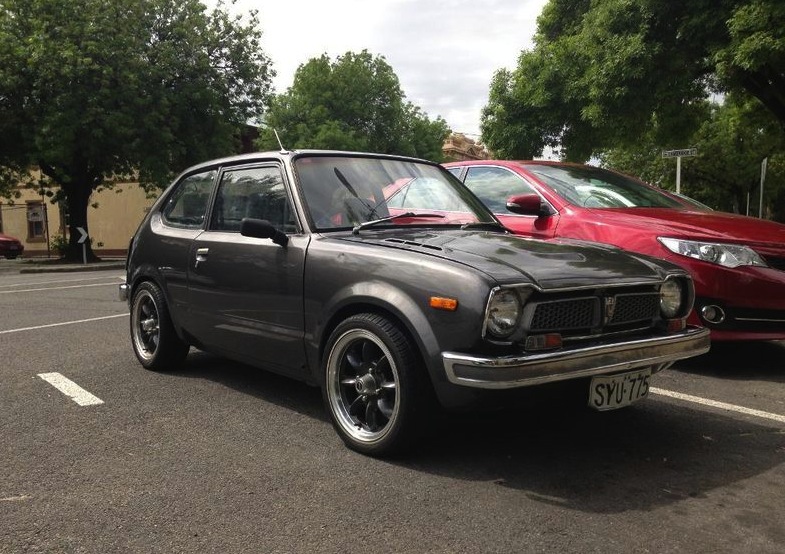 Here’s a pretty cool little runaround, and a rare one at that. It’s a lightly yet tastefully modified 1975 Honda Civic featuring a PGM-F1 turbo engine conversion from a Honda City Turbo. 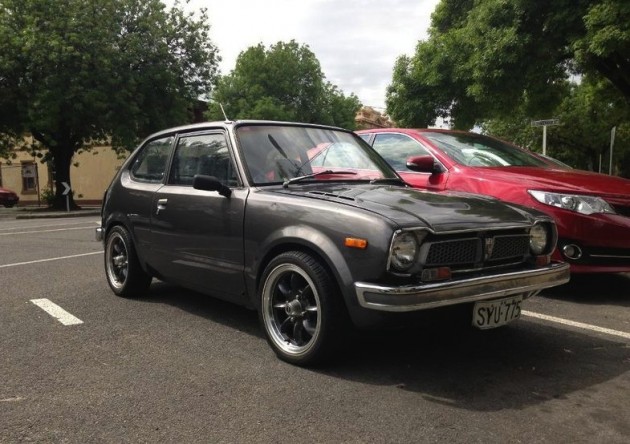 Factory turbocharged Hondas are very rare. The company has only ever introduced a small number of them, mostly for the Japanese Domestic Market. And most are very small city cars such as the Honda City.

This first-gen Civic from South Australia appears to be in reasonable condition, aside from some minor rust areas and an interior in need of a quick cleanup. The owner says the body is fairly straight.

What makes it cool is the set of superlite-style alloy wheels – a perfect match for the era – as well as the dark grey paint and sports exhaust.

The highlight of it all is the PGM-F1 engine. It’s a 1.2-litre four-cylinder unit which produced 74kW and 147Nm in its day. The owner says the engine in this micro machine is running 22psi, which means it could be producing more than that.

If the engine conversion is from a City Turbo II, factory outputs are raised to 81kW and 160Nm thanks to a larger throttle body and intercooler.

With an asking price of just $3200, it could be the ideal little entry-level bargain, perhaps as a second car or a first-car buyer.

Head over to the original Gumtree advertisement for more details.