After numerous leaks and spy shots, the all-new Mercedes-Benz CLA-Class has finally been officially unveiled at the 2013 North American International Auto Show in Detroit. The new model is based on the upcoming A-Class platform, and will soon be available in ‘CLA 45 AMG’ high performance guise. 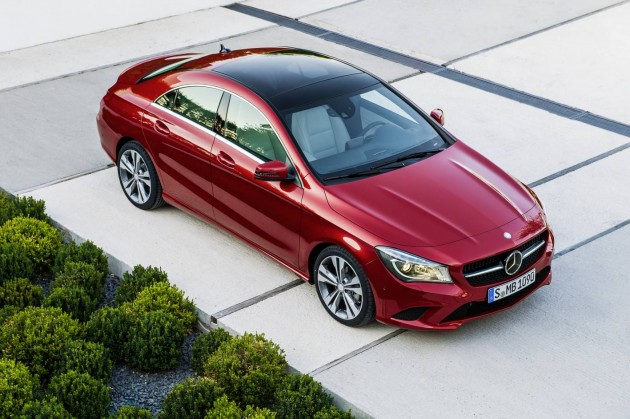 Borrowing its design from the Concept Style Coupe, the CLA will enter the market as a mid-size four-door coupe, beneath the C-Class and above the B-Class. It’s the little brother to the current CLS-Class, and is based on the same MFA platform as the new B-Class and the yet-to-be launched A-Class.

Specifications and engine options that will eventually become available in the Australian market haven’t been announced yet, however, Mercedes-Benz says it will come with a range of high-torque turbo engines.

Most of the engine choices are borrowed from the B-Class, using a similar front-wheel drive layout. An optional 4MATIC all-wheel drive system will further enhance handling on some models. 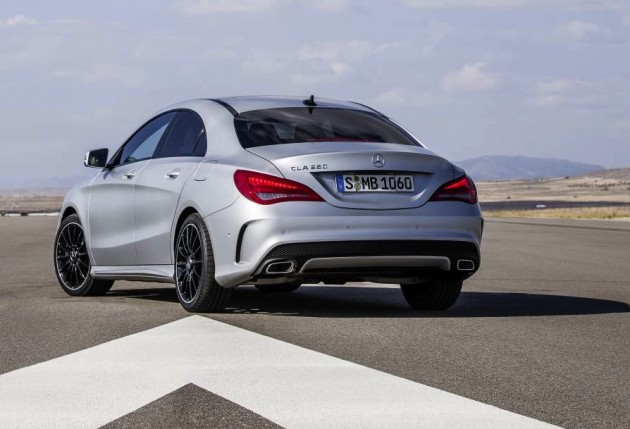 The high performance CLA 45 AMG will borrow its mechanical foundations from the upcoming A 45 AMG – performance A-Class. Although the powertrain details are yet to be confirmed, it’s understood the powertrain will consist of a 2.0-litre turbocharged four-cylinder producing around 260kW of power. It will be matched to the 4MATIC all-wheel drive. 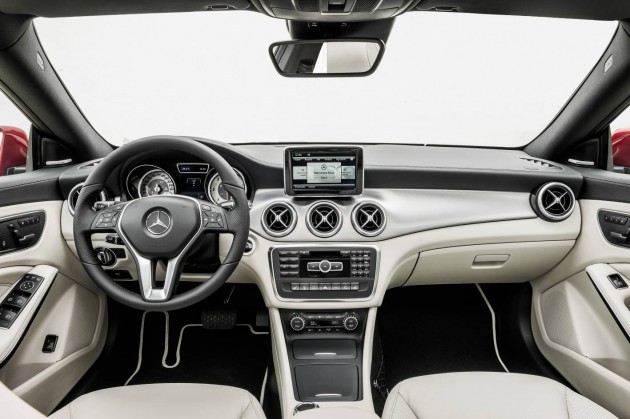 Inside, the CLA is a five-seater. The two outer seats in the back are more prominent than the middle seat though. There’s lots of leather, modern features, and smart yet sporty details throughout.

The dash design falls in line with the company’s latest styling language, with circular aviation-style air vents, and a multimedia unit atop the slightly driver-skewed centre fascia.

A host of advanced safety technologies will come with the CLA, including Collision Prevention Assist. The system uses radars to help reduce the risk and severity of accidents, and can automatically apply the brakes and calculate how much brake pressure is needed.

As for the design, well, it’s quite a stunning piece of work. Every panel flows elegantly to the next, while the front end incorporates the brand’s single-tier grille. Aerodynamics have placed a big part in the CLA’s design too, with an incredibly low co-efficient drag of just 0.23d – the lowest ever on any production car, according to Mercedes.

In terms of Australian market entry, the CLA is set to go on sale during the final quarter of this year. We’ll keep you updated with all the specs and prices as soon as we hear more. Prices are likely to sit around the $60,000-$70,000 mark.