The much anticipated Rolls-Royce Wraith has finally been revealed. And as you can see, it has definitely been worth the wait, offering gorgeous coupe lines with the grand stance of the Phantom. 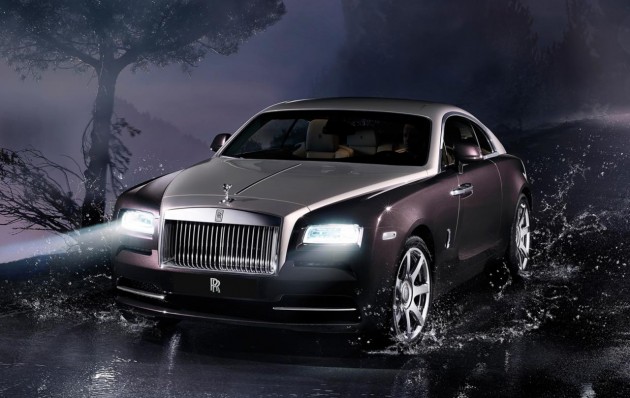 Producing 465kW and 800Nm from its V12 engine, the new car is the most-powerful Rolls-Royce ever made. It’s also the fastest, capable of accelerating from 0-100km/h in just 4.6 seconds.

The Wraith features the debut of Satellite Aided Transmission, which enables the ZF eight-speed unit to use GPS data to ensure the ideal gear is selected to match the road ahead.

The Wraith sits on the Ghost platform, however, the wheelbase is shorter and the rear track is wider. The air suspension has been tuned to keep body roll to a minimum, giving the driver plenty of feedback whilst on the move. 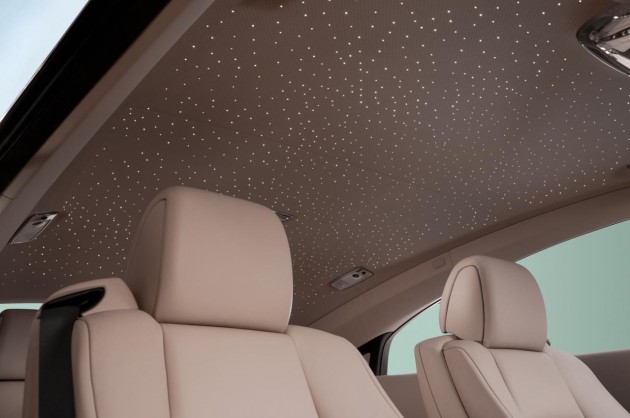 The Wraith’s insides have received quite the ‘yacht’ treatment, with Canadel Panelling sweeps through the luxurious cabin. Another standout feature in the glamorous four-seater is the Starlight Headliner that features a total of 1340 fibre optic lamps hand-woven into the car’s roof lining, giving off that starry night impression (previously only available on Phantom models).

“Today we launch the ultimate gentlemen’s gran turismo, a car that embodies the spirit of Charles Stewart Rolls. The most powerful Rolls-Royce in history, Wraith promises the sense of adventure and speed that drove our founding forefather.

“But of course, Wraith’s starting point is luxury, refinement and quality, traits that remain as important to Rolls-Royce customers today as they were more than a century ago.”

Official pricing for the Wraith is 245,000 euros. Pricing for Australia has not yet been announced.

Check out the official launch video for more.