You may remember the Lamborghini Aventador police car assigned to the Dubai police force last week. Well, to add further exotica to the patrol fleet, a Ferrari FF police car has now been recruited. 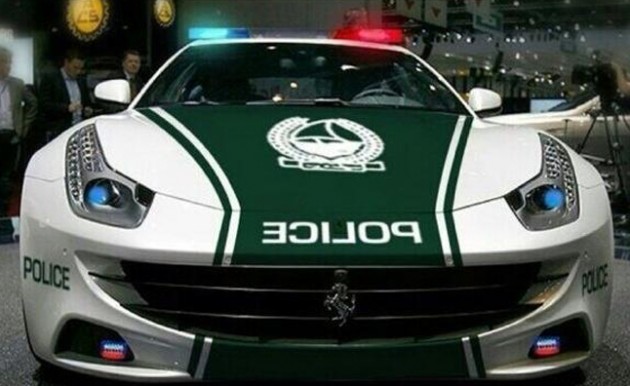 The Dubai Police has previously said bringing in cars like this is a perfect way to “show off” how rich the city is. Of course, the vehicles will also be used to deter would-be criminals thinking of running from the law.

According to the enforcement department the Ferrari FF will be used to “enhance security on the roads in accordance with highest international standards and technical developments”.

The images of the FF patrol car were actually posted up via the Dubai Police force’s Twitter account, reiterating it’s fondness towards ‘showing off’. The Ferrari features a full green and white Emirates colour scheme complete with roof-top sirens.

Underneath it all, the Ferrari FF is one of Ferrari’s most advanced models, aside from the new LaFerrari of course. The FF is the first-ever four-wheel drive Ferrari, and it showcases a unique shooting brake wagon body with a hatch at the back.

The FF is powered by a 6.3-litre V12 engine producing 486kW and 683Nm, capable of propelling the car from 0-100km/h in just 3.7 seconds. This should allow the force to keep up with some of the various supercars that are known to make up a reasonable chunk of the vehicle population in the area.