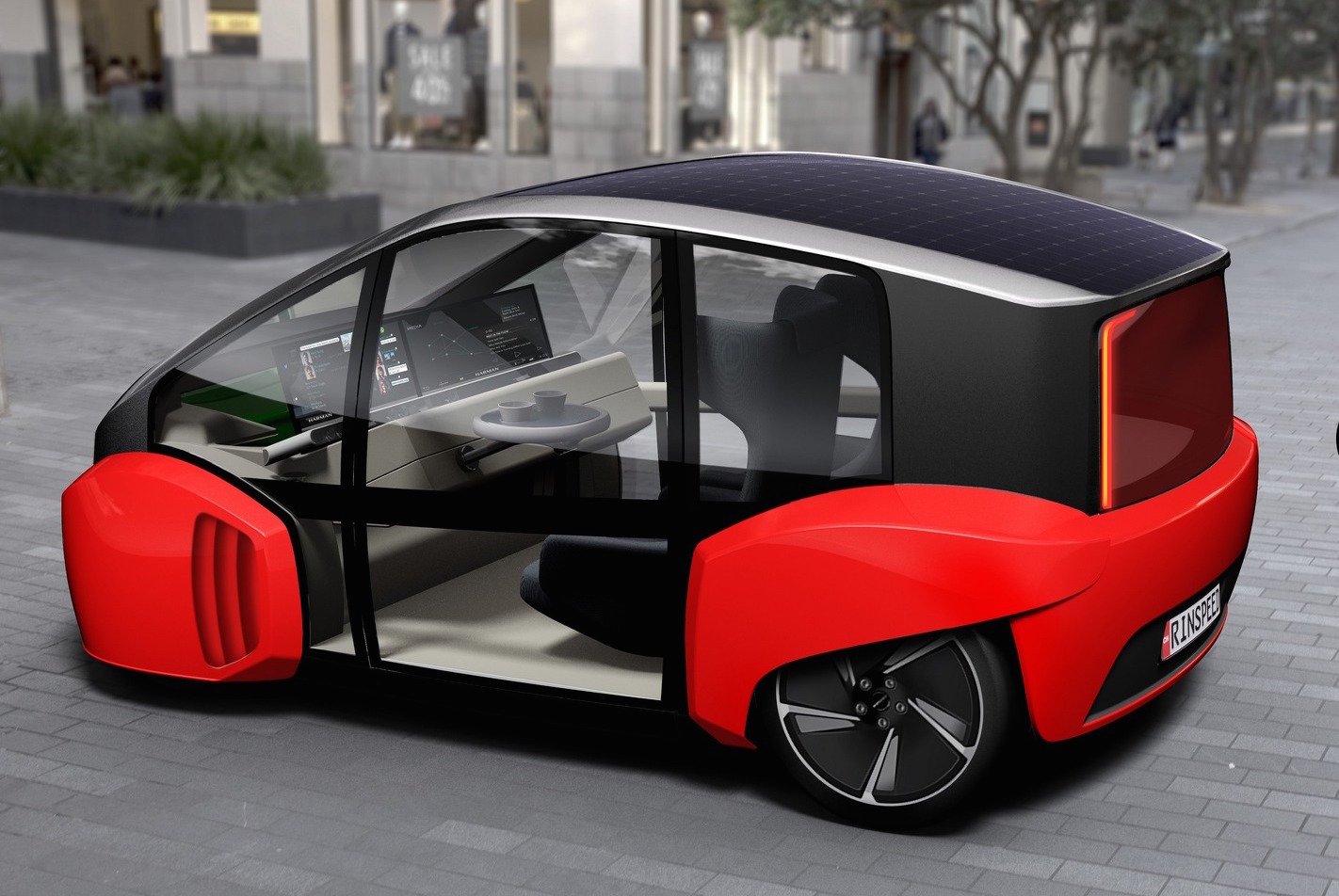 Swiss madhouse Rinspeed has shown us its next wacky concept, the Oasis, that is set to debut at the Consumer Electronics Show in Las Vegas next January. 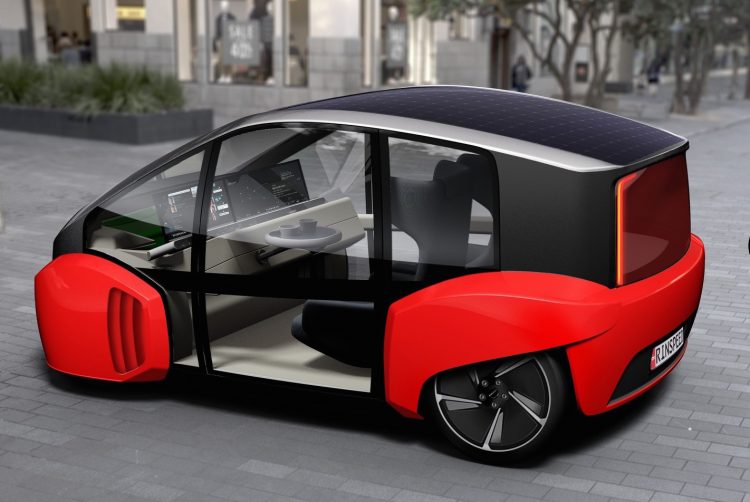 For decades, Frank M. Rinderknech has been pushing the envelope of what a car can do, making underwater cars, cars with drones and collapsible cars that shorten for parking. His latest creation is an electric, autonomous commuter car that has a zero turning radius. With its ability to rotate on its own axis, the Oasis is ideal for overcrowded cities.

Because of its appearance, Rinderknech describes it as a “trendy buddy of Star Wars icon R2D2″ . When not in use for personal transport, the Oasis is happy to fulfill other duties such as couriering and pizza delivery. To that end, it has a heating and cooling compartment in its luggage compartment to keep pizzas crispy and hot.

Everything is projected onto the windscreen including data and entertainment, while the steering wheel stows under a food and drink table when not in use.

While obviously electric, few clues about the car’s actual power source are available at this stage. There are solar panels on the roof, but we will have to wait until early January for all the puzzle pieces to come together. 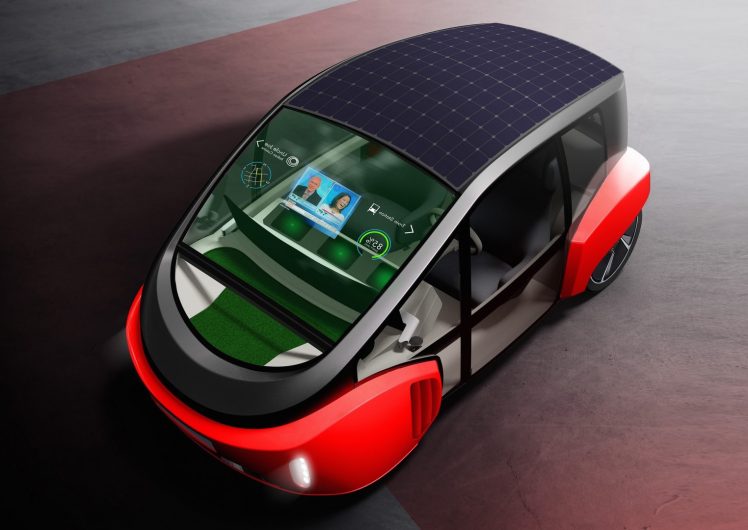