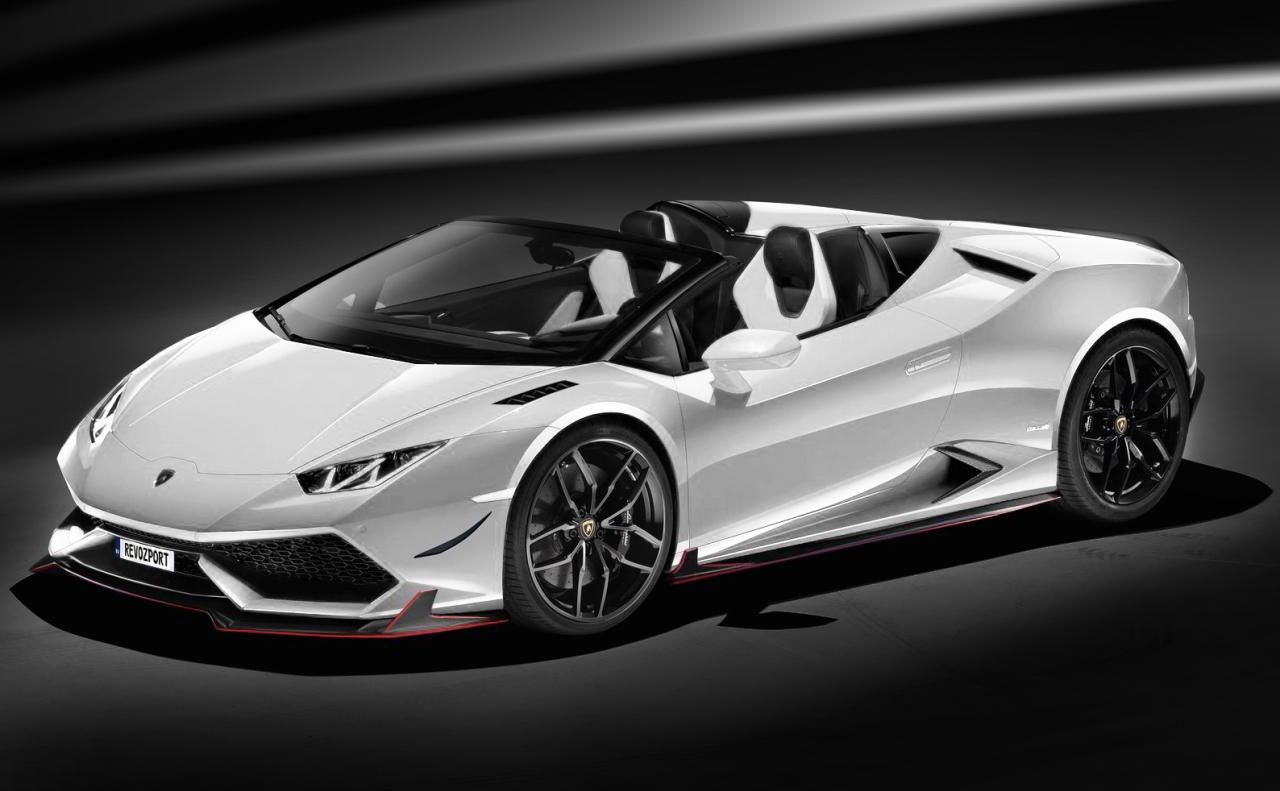 The Lamborghini Huracan Spyder was only revealed a few weeks ago, but that hasn’t stopped RevoZport from developing an upgrade package for the Italian exotic. 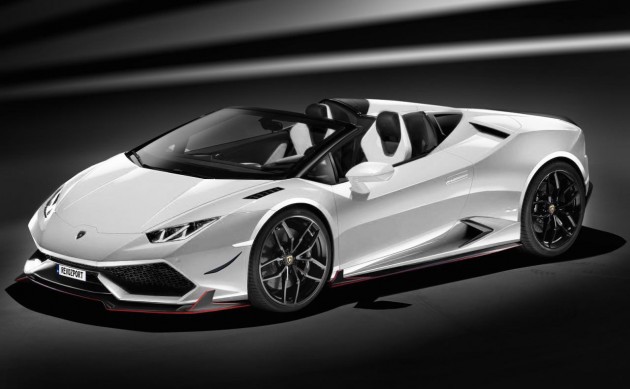 We think the styling of the Huracan is absolutely stunning, and even more in drop-top Spyder form. To extend on this, RevoZport has come up with an extensive bodykit package called Razmig which actually helps the supercar shed some weight.

The bonnet, doors, front guards, side skirts, front and rear spoilers, and adjustable rear diffuser are all custom and made from carbon fibre. These help to reduce the car’s kerb weight by as much as 100kg, according to the tuner.

Not stopping there, the tuner has also devised an engine tune for the 5.2-litre naturally aspirated V10 engine. In standard form the unit produces 449kW. After some tweaks to the ECU and intake system, and the fitment of an inconel exhaust system (weighing just 7kg), the engine now develops 515kW.

With 0-100km/h coming up in 3.2 seconds (although we think it’s actually a bit quicker than that – see our test here), this 700PS version would likely see that time drop well below 3.0 seconds.

RevoZport hasn’t mentioned any specifics about its pricing for the kit, but says it can be ready for delivery in certain markets within about two weeks. It can also be applied to the coupe. The Huracan Spyder is on sale in Australia priced from AU$470,800.