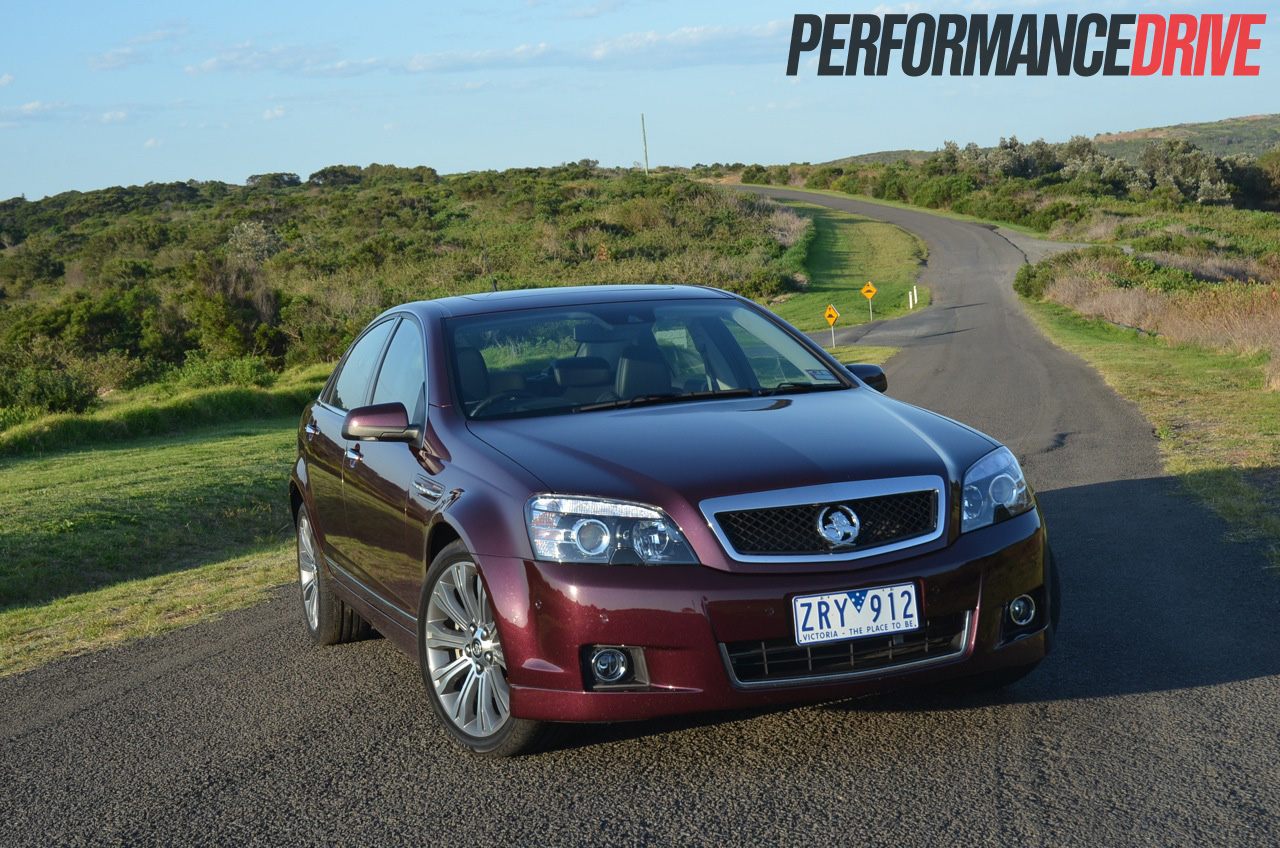 The 2014 Holden WN Caprice V V8 is in your face, big, and uses a large-capacity petrol V8 that will make your average hybrid-driving environmentalist scrunch their face up in disgust. We’re here to find out how relevant this latest Caprice is in today’s market, but more than anything else, what it’s like to drive. 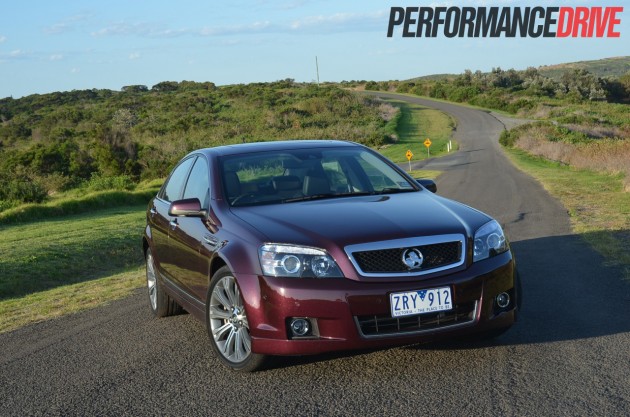 As far as direct competition is concerned, the Caprice is now in a class of its own in terms of how much car you get for your money. With the release of the new WN model, Holden has slashed prices by up to $10,000, making it the first time since 1990 that all Caprice models are available under $60,000.

The idea of only offering two models with exclusive drivetrains means Holden can better appeal to its customers; the Caprice LPG V6 will be more suited to fleet buyers, while the V8 Caprice V is perhaps for those with luxury-performance motoring in mind. 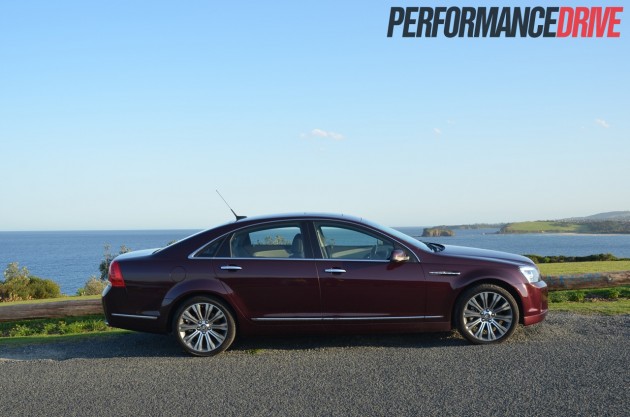 The Caprice V is by far the most luxurious vehicle Holden has ever made. It features a well laid-out cabin that makes not only the driver feel relaxed, but also all (four) of your passengers. The leather feels a little softer than the outgoing model, and the stitchwork looks a touch more precise.

The new-look front seats offer excellent support and comfort for sporty driving, or long trips. The rear is by far the place to be if you feel like stretching out, though, with more knee and legroom than you could possibly use. The Caprice measures in at 5160mm long, which is 194mm longer than the already-roomy VF Commodore. 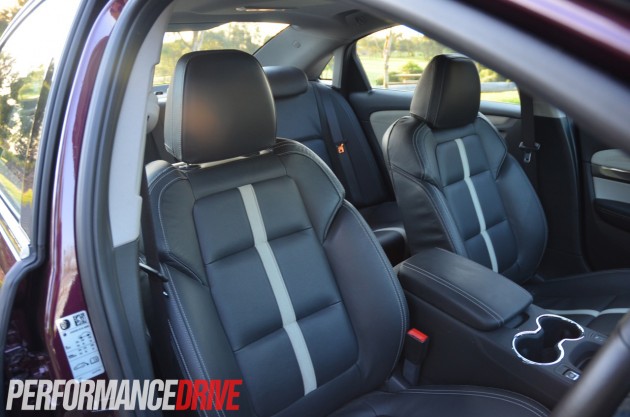 The eight-inch screen in the dash is home to Holden’s desirable new MyLink system. The system itself is easy to navigate through and operate, and features built-in music apps such as Pandora and Stitcher that work well with the punchy nine-speaker Bose system. The system also offers Bluetooth, DVD, aux-in, and USB support, and is used to display the satellite navigation maps. 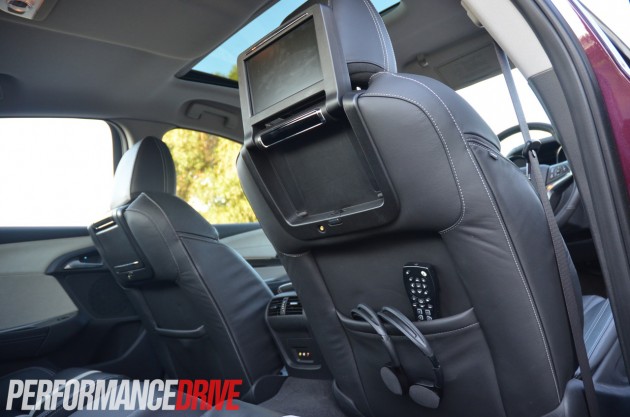 The Caprice comes with a host of safety features, such as trailer-sway control, traction control, stability control, and six airbags throughout. The current model Caprice was tested by ANCAP and scored 35.06 out of a possible 37 points, handing it a full five-star safety rating.

One of the most talked about features to now come standard on all WN and VF models is Holden’s new auto park assist. When turned on, the system uses radar technology to scan for an available parking spot as you drive forward. When the on-board system detects a parking spot, it advises you what gear to select, and from there all you need to do is control the brake and accelerator while the car controls the steering.

The system is impressive, neatly tucking the big Caprice into tight gaps time and time again. It does take a while for you to trust the system if you’re not used to this kind of technology.

The new Caprice also sees the manual handbrake binned in favour of a new electric park brake that can be operated with just one finger, and will automatically release when you set off. 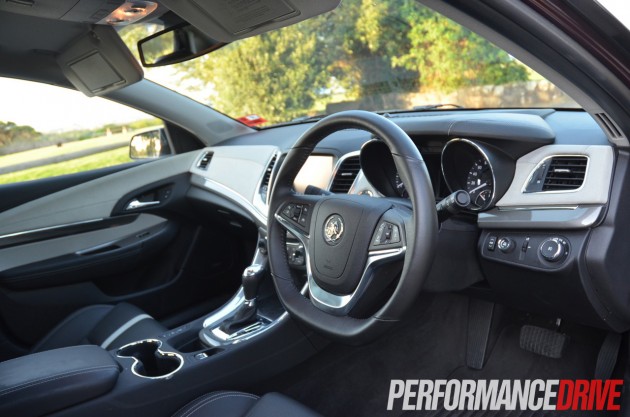 If you were quick to judge without actually driving the Caprice, you’d think it’d be a big soft pillow that handles like a tank. But it’s far from that. While the passengers sit there and soak up the comfortable ride, the driver is treated to a big chassis that turns you from chauffeur to Russian mafia in a matter of corners.

The sound as you use all of the engine’s available revs sings through the cabin like a V8 should, however, from the outside, the Caprice only emits a slight rumble from behind to let everyone know how many cylinders it’s packing. The engine does lack some low-end torque, but it makes up for it with its eagerness to reach for the rev limit.

Thrusting the Caprice about is almost as much fun as its SS brother. The long-wheelbase, rear-wheel drive layout, together with a limited-slip differential and a powerful V8 engine make for an entertaining drive. The extra length in the wheelbase makes the big Holden less twitchy in the tight stuff, and is more than capable of inducing a few smiles if you’re game enough to switch the traction control off.

The six-speed automatic is eager to hunt for the right gear whether it be in the name of economy, or sprinting to your desired speed. The shifts aren’t lightning fast, but overall they’re instinctive to your driving demands. If you’re keen, you can switch the gear lever to change gears manually, but in a big comfortable limo like this, you barely even think about it. The gears feel well-spaced, and at highway speeds, use the car’s burly toque band to eat up moderate rises in the road without having to shift down.

The new electric steering rack feels responsive and well weighted in both city and highway conditions. Body roll is mildly noticeable, but the large sedan generally tucks in tight and uses its 245-section tyres to claw its way from corner to corner. Having driven the V6-powered 2012 Holden WM Caprice, the V8 model does feel a little more nose-heavy, but it doesn’t detract from the car’s overall handling dynamics.

The brake pedal on the Caprice V doesn’t have the most intuitive action, and can feel quite spongy after repeated pressings when driven actively. In normal everyday driving conditions, the brakes have no trouble pulling up the 1851kg limo.

One surprise we got when testing the V8 Caprice was its fuel consumption. We managed to return 13.5L/100km during our week-long test, a mere 1.4L/100km more than the claimed average. This is the lowest overall combined figure we’ve ever achieved with GM’s 6.0-litre engine. Although, you do tend to prefer a more relaxing driving style in this than in any other V8 Commodore. 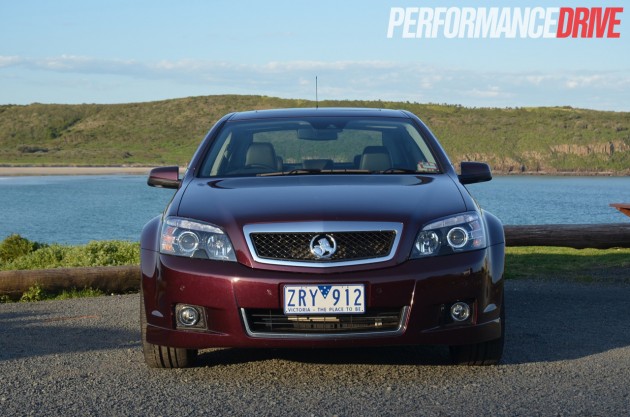 Holden’s latest, and evidently last Commodore-derived long-wheelbase limo is a formidable vehicle that combines comfort and performance. Priced at $59,990, the 2014 Holden Caprice V V8 is a lot of car for your hard-earned money.

If you’re considering buying an SUV with space in mind, but deep down you’d prefer to stay with a sedan, the Caprice is worth a look. Or, if you’re into powerful, large V8 sedans, what’s there not to like about the Caprice V? 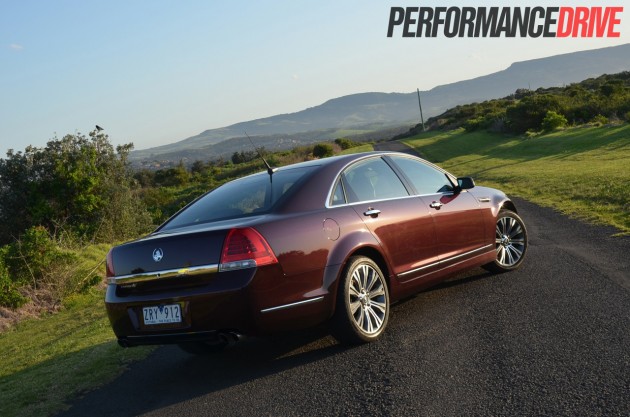