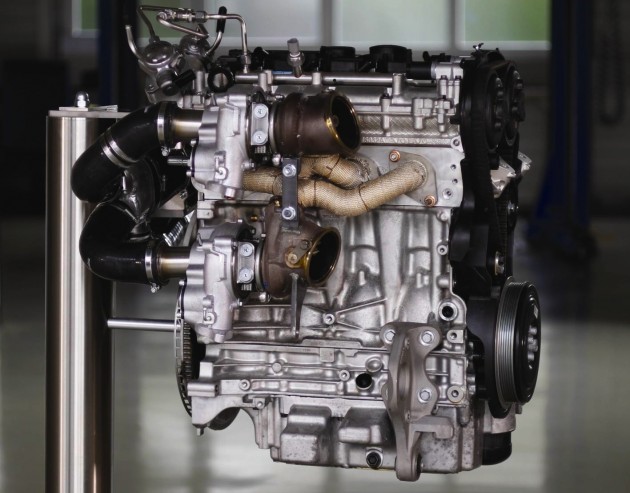 It sounds complicated, and it is. Not to be confused with BMW’s triple-turbo diesel engines, the Volvo Drive-E unit uses two conventional turbochargers which run in parallel. A third turbine unit provides boost pressure to the two other turbo units. However, it’s not a conventional turbo. Instead, it’s an electric turbine.

Volvo says the system produces an overall output of no less than 450hp (336kW). If it makes production, it would break the world record for a production 2.0-litre four-cylinder engine, easily overpowering the current record-holding Mercedes-Benz A 45/CLA 45 AMG 2.0-litre and its 265kW.

“There are several high power small size applications where one large turbo is used to create a high level of power available from other manufacturers, but the driving experience suffers due to slow engine response.

“We felt that with our heritage of being among the first car companies to embrace and offer a broad range of turbo technology since 1981, that we could improve this.”

Volvo has been developing the engine concept for some time, and has since been helped along by Volvo suppliers AVL, Denso, and Polestar Racing. Mattias Evensson, race engine director at Volvo Polestar Racing, spoke about the revolutionary unit in a statement. He said,

“This was a very exciting project as we pioneered a combination of technologies in the same application, and the result is a quite unique engine with its high power yet quick response. Above all, its compact size improves weight distribution between the front and rear axle and lowers the center of gravity – two factors that have a significant effect on the handling, whether it is a race car or a street car.”

The Swedish company announced a couple of years ago that it would downsize all its engines, including powerful six-cylinder units, and adopt a complete lineup of engines no bigger than four cylinders. This latest concept could join the likes of the ‘twin-engine’ hybrid used in the 2015 XC90 T8 SUV, as well as a whole range of 2.0-litre turbo petrol and diesel units. Dr. Peter Mertens, senior vice president for research and development at Volvo, said,

“It may sound odd, but this 450hp engine is part of this work. Down-sizing must offer customers attractive and usable power for broad scale emissions reduction to work. Compact powertrains free up space and weight in the structure of the car, which can be used for electrification and even further emissions reduction. And that is our ultimate ambition.” 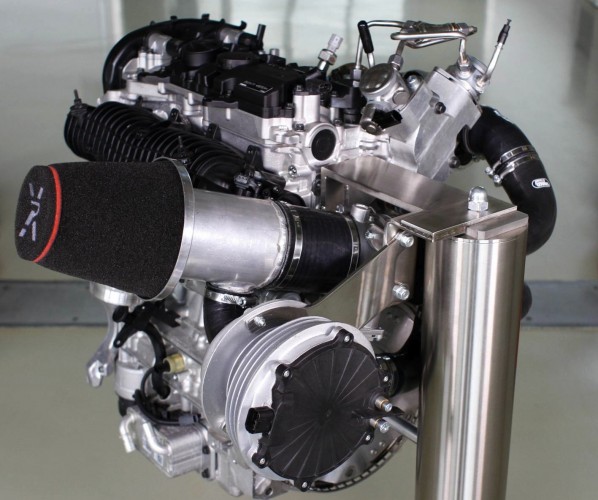 There’s no word on production plans at this stage, however, the new triple boost unit may appear in – or at least inspire an engine for – a high-end model in the near future, possibly a new Polestar model. Let’s keep our fingers crossed. 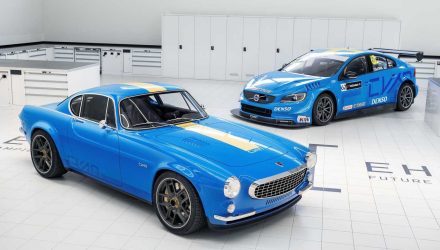 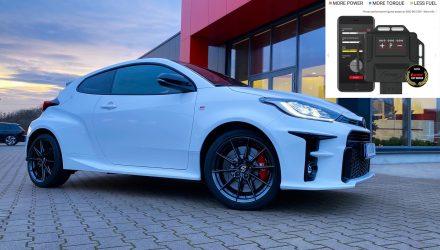