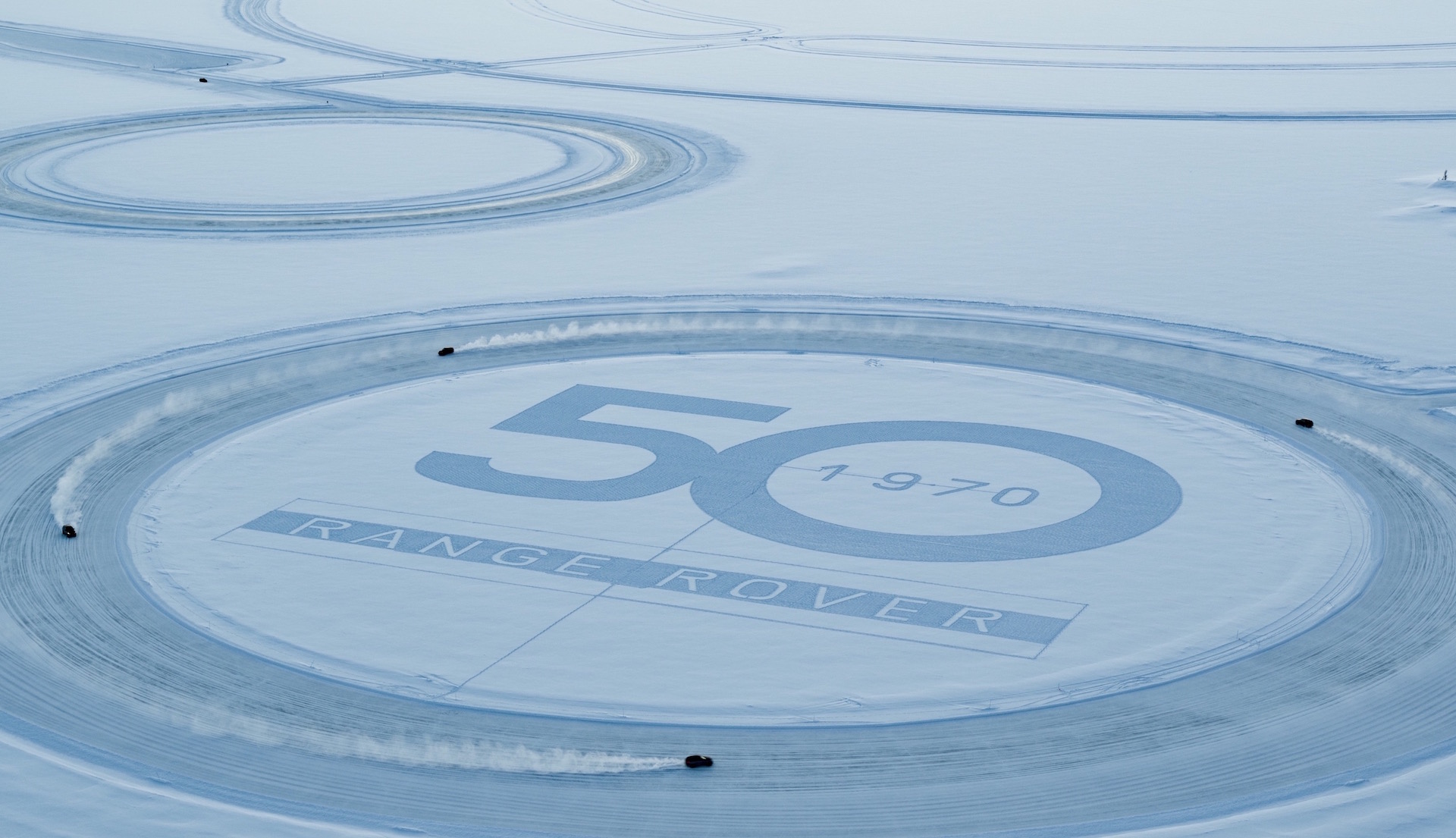 Land Rover is celebrating the 50th anniversary of its iconic Range Rover this year, and to kick off celebrations it has created a giant artwork in the ice at the industry’s cold weather test facility in Arjeplog, Sweden. 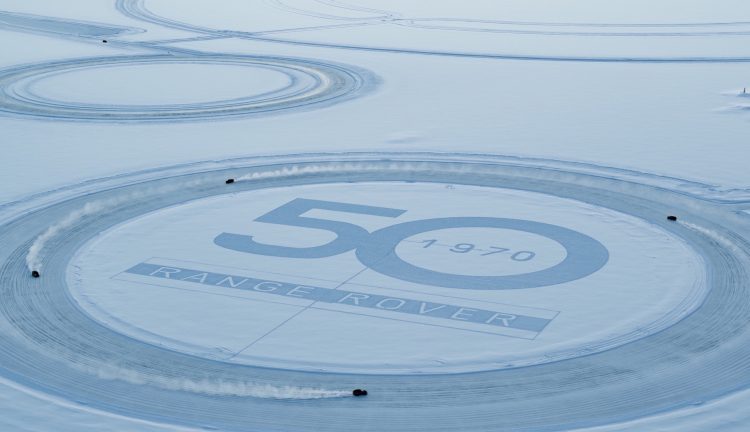 The artwork was created on one of the giant steering pad test tracks on a frozen lake in Arjeplog, where all future Land Rover products are arduously pushed and tested during development. Spanning 260 metres wide, the artwork says ’50, 1970, Range Rover’.

It was created by renowned snow artist Simon Beck, walking some 45,000 steps to imprint the logo into the snow inside the steering pad circle. And to top it off, Land Rover had some of its performance models perform drifting stunts around the logo. 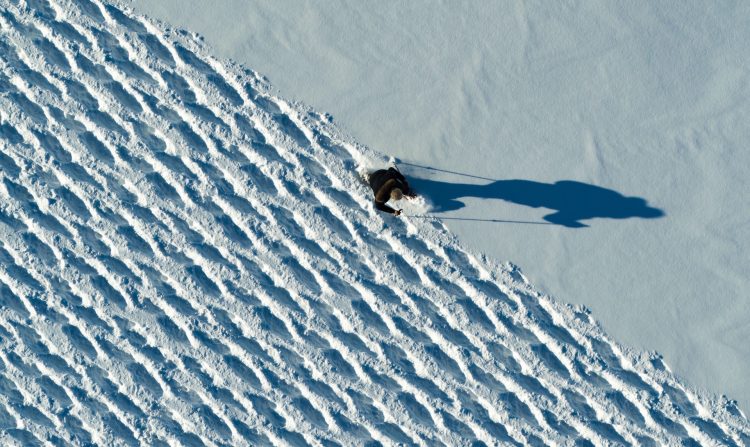 “Over five decades the Range Rover has evolved into the most desirable luxury SUV in the world. Its peerless combination of sophisticated design, refinement and capability has struck an emotional chord with customers all over the globe.”

The official birthday for Range Rover takes place in June. It was that month in 1970 when the first-ever Range Rover was launched. It was a two-door luxury SUV, essentially pioneering the segment that has become so popular today. Further celebrations are expected to take place later in the year, perhaps with the launch of a special edition or two. Check out the video below for more.