Yet another car company is celebrating a milestone on Facebook. This time Mercedes-Benz’s AMG performance division is celebrating two million Likes. And what better way to mark the occasion by drifting the Corkscrew at Laguna Seca. 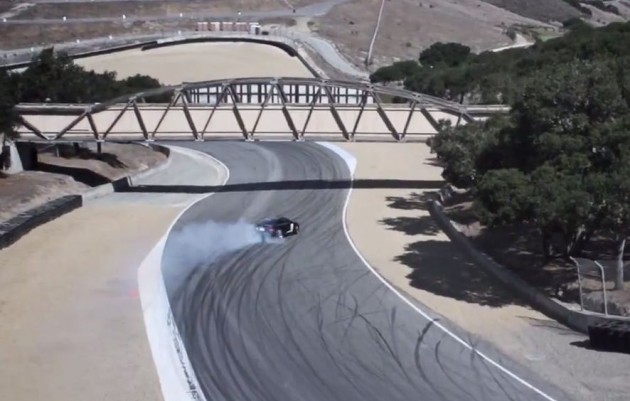 This is the third time this week that a car company has celebrated a Facebook achievement, and celebrated it by smoking tyres in some way. We had the Audi R8 writing 500,000 on the ground, and the Ferrari 458 writing 8,000,000.

Mercedes-Benz thought of something a little different, and headed for Laguna Seca circuit in California, USA. The company then focused its attention on one particularly famous part of the track; the Corkscrew.

The Corkscrew at Laguna Seca is regarded as one of the most difficult circuit corners in the world. It’s extremely steep downward spiral has caught many out in the past, especially those who are brave enough to take it on at speed in the first place.

Click play on the video below to see how it’s done, smoking.