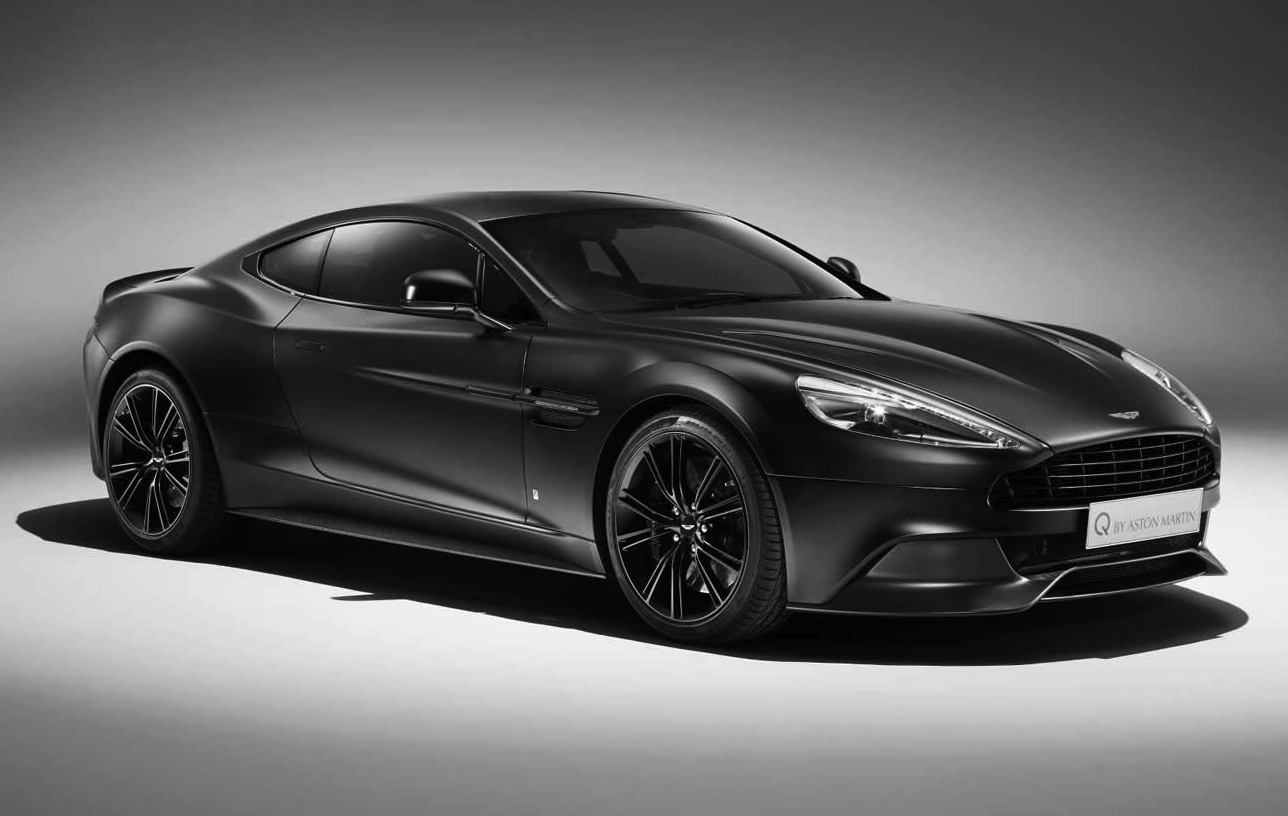 Aston Martin’s ‘Q’ program has released images of a satin black Vanquish that’s sure to whet the appetite of motoring buffs. Launched in 2012, Q by Aston Martin is certainly coming through with some very interesting designs. 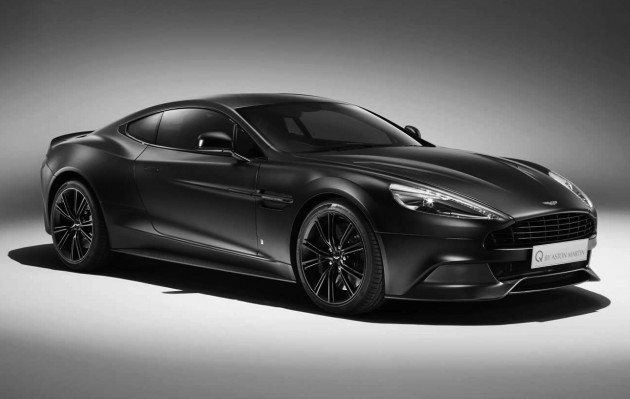 Sitting at each corner of the 2015 Vanquish Coupe are a set of satin black 20-inch wheels, further adding to the car’s sinister appearance. Other notable inclusions that we can see from the released images is the use of carbon fibre for the wing badges, and perforated red and black leather trim for the seats and door cards.

The 2015 Aston Martin Vanquish uses an updated version of the AM29 5.9-litre V12 (badged as a 6.0-litre), now punching out 424kW and 630Nm. Bolted up to the V12 is the very latest ZF Touchtronic III eight-speed automatic transmission which sends power to a limited-slip differential. Aston Martin claims the Vanquish can sprint from 0-100km/h in 3.6 seconds and run on to a top speed of 324km/h.

Q by Aston Martin offers customers a personalisation service that can specially tailor vehicles to suit their needs. Aston Martin says “Q is our way of synthesising your individual vision with our skills and expertise. The goal is to create the ultimate Aston Martin; your Aston Martin”. This latest creation is a mere preview of the possibilities.

With twelve cylinders under the bonnet, the Vanquish is the marque model in Aston Martin’s current Australian lineup. If you have a spare house you’d like to part with, prices for the 2015 Vanquish Coupe start from $479,995 and top out at $517,000 for the Vanquish Volante. It is one of the most expensive and most exquisite vehicles currently available.