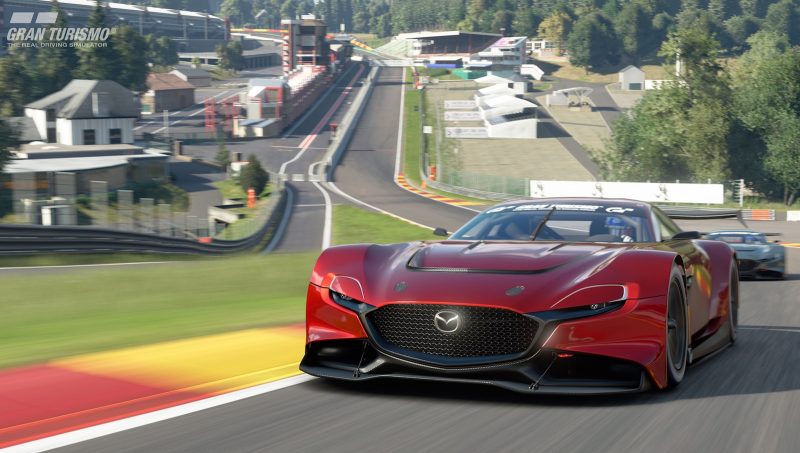 While we’re still waiting on the next-generation of Mazda RX rotary sports cars, the Japanese company is providing a short-term solution for fans that just can’t wait; the Mazda RX-Vision GT3 concept for Gran Turismo Sport. 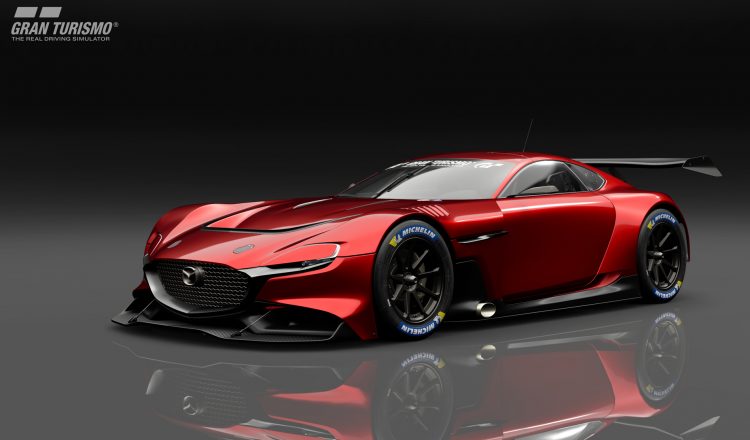 This is a new digital-only racing car that is now available to download as a play car on the Sony PlayStation game Gran Turismo Sport. It’s based on the RX-Vision concept – the real-life one – that debuted back in 2015, featuring a dramatic aero kit, stripped out interior, and full racing trim.

All modifications are in accordance to the FIA GT3 regulations while also complying with Gran Turismo Sport’s own Gr.3 category rules. More specifically, the cabin and doors remain like the original, but the front and rear track widths are increased and the wheel arches now accommodate huge racing slick tyres and centre-lock wheels. There’s also lots of special ducting to aid cooling and air flow. 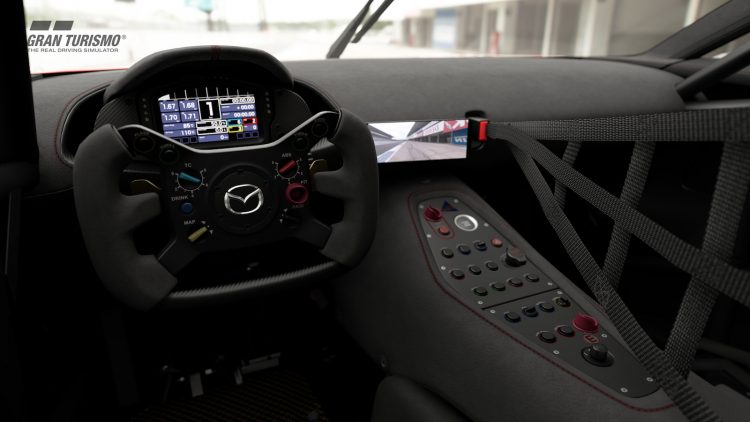 Under the bonnet, pushed right back so it’s almost sitting in the middle of the car, is a next-generation Skyactiv-R four-rotor rotary engine. It produces 420kW. Thanks to the pushed-back position of the engine the RX-Vision GT3 offers a 48:52 front-rear weight distribution for optimum handling and balance.

Mazda says it is aiming to strengthen its fan base through opening up competitive driving to a wider range of people. As such, the most successful players of the game who use the RX-Vision GT3 will have the opportunity to participate in the official FIA Gran Turismo Championship in the 2020 season.

While this isn’t the rotary revival that we have all been hoping for, it is great to see Mazda continuing on with its rotary heritage. Even if it’s in digital form, for now.