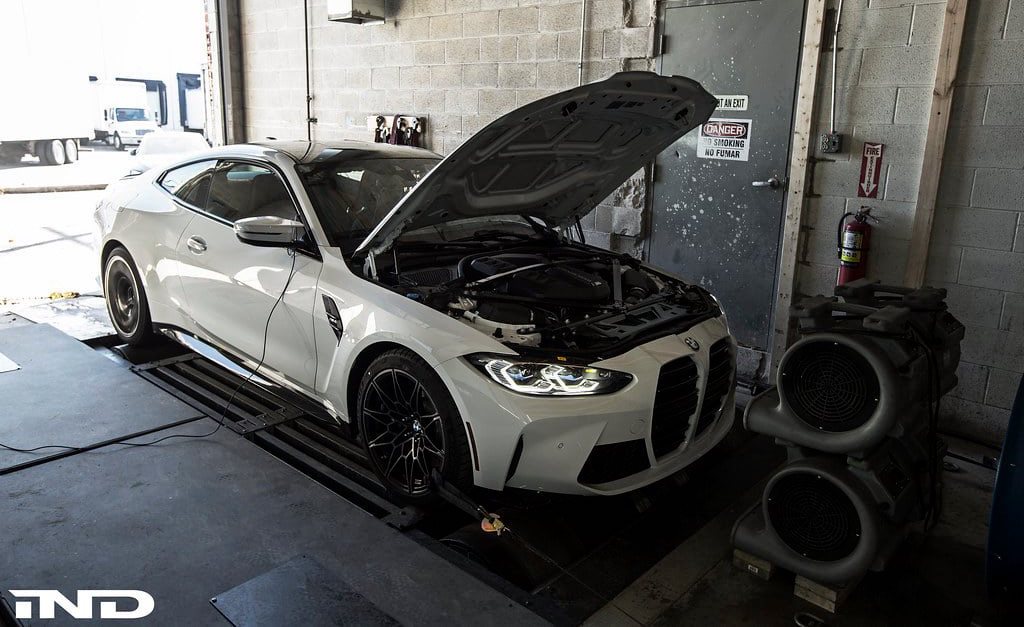 The all-new 2021 BMW M3 and M4 have literally only just hit the market. It is the most powerful iteration yet, but it seems there is more power than officially claimed. 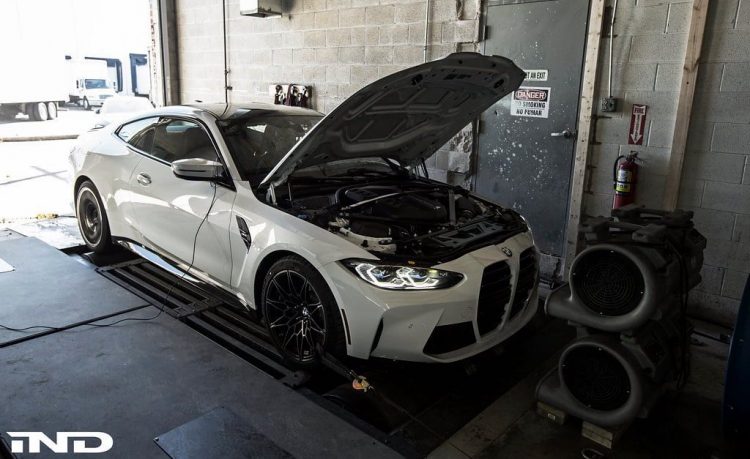 Yep, someone has already strapped down an example of the new M4 onto a dyno to see what sort of figures it actually produces. And as usual it looks like the German company is being modest with its figures, as this apparently stock-standard example shows.

The car in question was dyno-tested by American aftermarket parts specialist, IND Distribution. It’s understood the car was completely standard, and a non-Competition spec version. That means the 3.0-litre twin-turbo inline-six produces 350kW and 550Nm, at the engine, in factory form.

However, dyno tests show this particular example laid down 464.92hp at the wheels. That’s 346.69kW. Factoring the driveline loads, it means the engine is producing around 380-390kW. That’s more than the M4 Competition’s claimed output of 375kW – we could see some serious real-world figures for the Competition models. 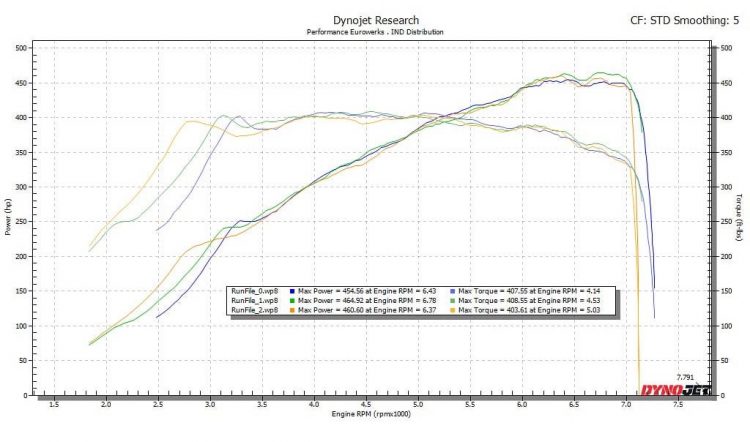 This isn’t the first time a carmaker has under-rated its engines. In the past we’ve seen the latest M5 lay down higher figures than the brochure, and more recently the new Toyota GR Yaris.

Interestingly, the company in this case says this car was still in its running-in period. Once the engine loosens up and is running more freely, and with the regular oil, it might even produce more power.

According to the dyno figures the car also developed 554Nm at the wheels. However, torque at the wheels isn’t as straight forward. The driveline, thanks to the mechanical advantage of gears, usually causes a higher torque figure at the wheels than at the engine. Nonetheless, these are some very attractive numbers for a stock car. It’ll be interesting to see what tuners can get out of it with some upgrades.