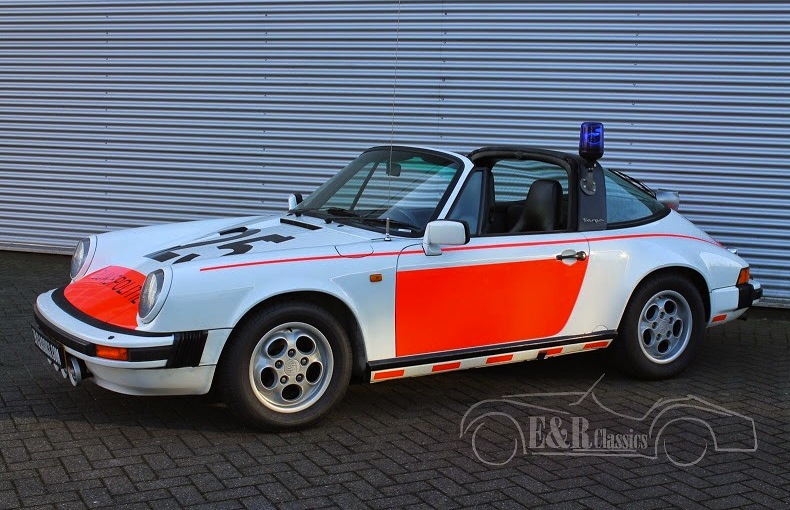 An interesting 1989 Porsche 911 Targa is up for sale in Holland. What’s so interesting about it? It is an ex police car. Yep, the police used to drive around a 911 Targa back in the 1980s. 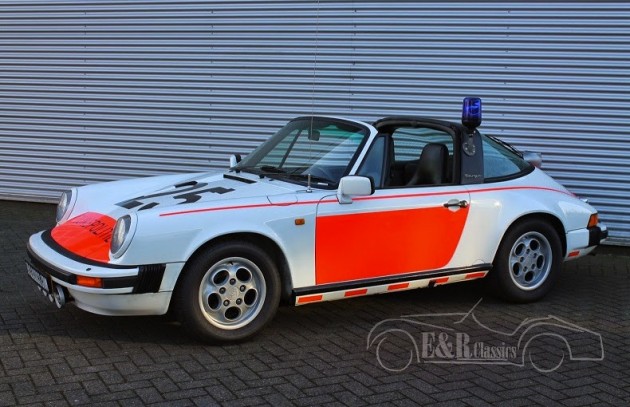 In a vehicle weighing around 1100kg, 172kW provides an excellent power-to-weight. In its day the car was capable of 0-100km/h in around 6.2 seconds. The car up for sale has since had a new 3.2 engine installed, which means it’s fresh for another 300,000km or more.

As you can see, all of the original signage and sirens remain on the car, including the bright reflective orange decals and blue flashing light mounted on the B-pillar, as well as original Porsche features like the old-school five-hole alloy wheels and classic bumper bars.

According to the E&R Classics classified, where the car is advertised, the car is registered for both police and historical classed road worthiness. Head over to the H&R Classics website for more info.

UPDATE: The car has since been sold.